When documentarian Mark Johnson decided to film street musicians performing rock and soul classics such as "Stand By Me" and "Try a Little Tenderness," he had no idea the videos would yield nearly 100 million views on YouTube, two albums, and collaborations with the likes of Bono, Taj Mahal and Ziggy Marley.

The easiest way to describe Johnson's multimedia project, Playing For Change, might be to call it a master mash-up. It's world music with a street vibe and a heart of gold, brought to life in a pastiche of performances by musicians from places like Ghana, the Netherlands and New Orleans -- each recorded in his or her own environment. Hyped since its 2004 launch and now in the midst of an expansive international tour, Playing For Change is proving to be so much more than a cover band with multinational cred. 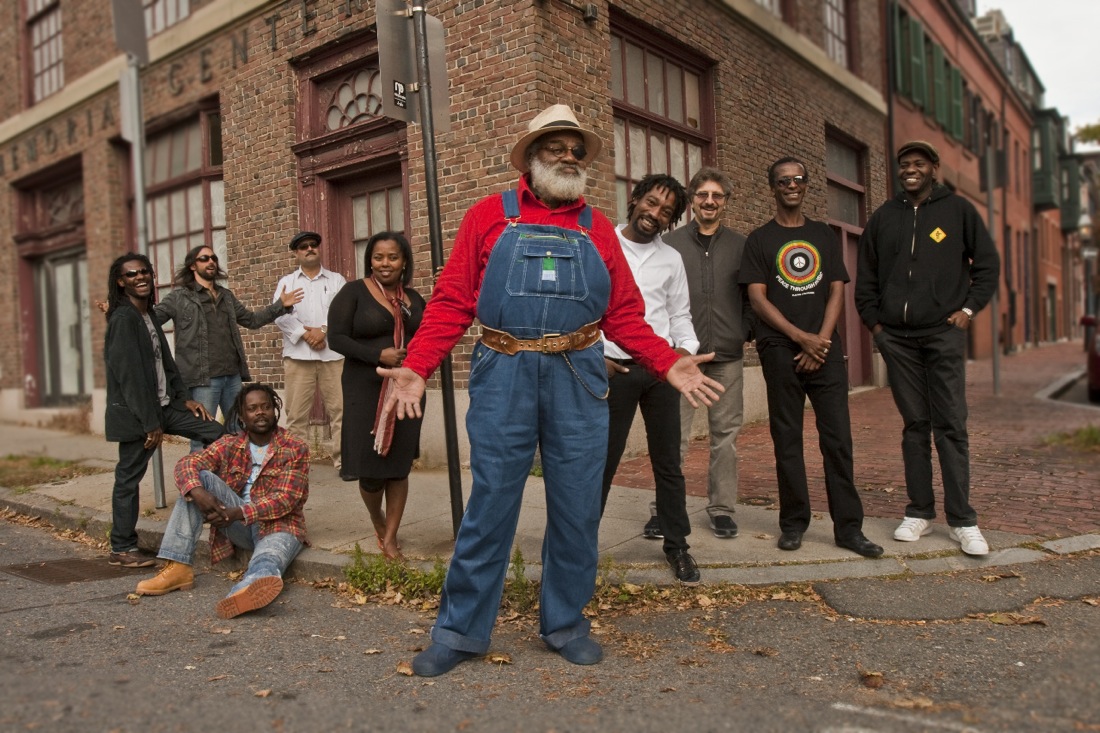 In addition to the cool lineup, which, on this outing includes blind Louisiana legend Grandpa Elliott, Zimbabwe's Louis Mhlanga on flying guitar, South African female vocalist Titi Tsira, and Detroit bassist Reggie McBride, the group's Back to Our Roots Tour is helping provide music and arts education to kids in developing communities.

Based on the idea that peace and change are possible through the universal language of music, the Playing For Change Foundation (PFCF) was created in 2007 to support music schools all over the world. Part of the proceeds from ticket sales on the current tour (which stopped in at the Concert Hall at the New York Society for Ethical Culture March first) go directly to the foundation's important work.

Johnson, a Grammy-winning producer and filmmaker who now heads up the foundation, recalls a recent visit to Kirina, Mali in West Africa to see a music school funded by PFCF in a 1,000-year-old village made up entirely of musicians.

The people of Kirina live in little huts and have no electricity and no running water, but what they do have is generosity, happiness and soul. The community of Kirina not only built the new music school themselves, they even made the bricks used to build the school. From the ground up, they came together as a community and created a school they can be proud of. I know the music and joy of this amazing village will live on forever.

The joy isn't just for the children who benefit from Playing For Change's philosophy and the foundation's good work. Audiences and musicians feel the love, too.

New Orleans native Grandpa Elliott says he never imagined he'd see the world, either with his own sight or through that of his fellow musicians.

I am a blind man and music is the eyes of my world. I have played in so many bands and performed with people on the street for over 60 years. I never imagined that Playing For Change was ever going to actually travel the world and make these videos. When they finished Stand By Me, I could still see partially out of one of my eyes. I was able to view the video and it made me feel really good.

As for the origins of Playing For Change, Johnson says a chance encounter with a pair of monks in the New York City subway 15 years ago made him realize the true emotional power of music.

One of the monks was playing a nylon guitar and another monk was singing in a language I didn't understand. Everyone in the subway station stopped to listen to the performance, and no one got on the train. I saw some people with tears in their eyes, others smiling and laughing. I then went to work and realized the best music I had ever heard was on the way to the studio, not in the studio. I realized that day that great art and great music are just moments in time, they exist everywhere. We can harness the energy from these human experiences to connect the hearts of people.

Playing For Change is on tour in the U.S. this spring. For dates and videos, click here.