With the sharply decreasing costs of power from renewables like wind, solar and up-and-coming-batteries, a wide array of change makers in the utility field are stepping out boldly (see watershed examples below). Meanwhile here in Colorado one utility, that never tires of touting itself as the nation's top (investor-owned) utility for wind power, is nonetheless moving to update two of its aging coal plants. This is on top of running its system on nearly 80 percent fossil fuels, in one of the most windy and sunny states in the nation.

What a wasted opportunity - and a danger to our planet as warming has brought wildlife catastrophe to the California coast.

Xcel plans to upgrade two aging coal plants, Pawnee and Hayden, with slightly over $400 million in expenditures, in the face of increasingly bad news about climate change and ocean health, plus dire forecasts for the coal industry, all while overlooking increasingly good news about low cost fuel-free and emissions-free alternatives. 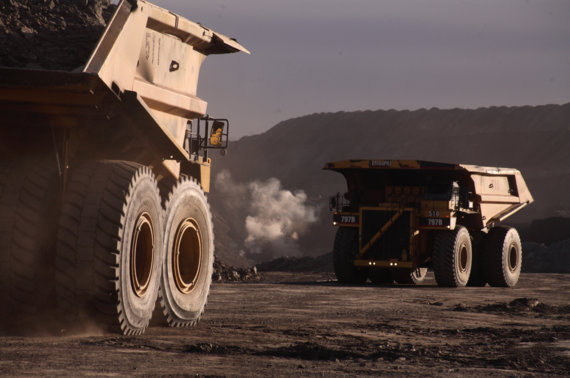 Coloradans could get saddled with unintended costs by these upgrades if the plants become stranded assets. As coal researcher and Colorado utility watchdog Leslie Glustrom made pointedly clear in a recent Denver Post opinion piece (reposted here with added corroboration): Xcel is going in the opposite direction of Wall Street and the growing pack of green minded utilities, as their upgrading of Pawnee and Hayden can bring a strong chance of nailing Colorado ratepayers with stranded assets. Those are costly investments which must still be paid for even if the plants must stop operating.

Glustrom spells out many stark terms of Xcel's reckless investment:

* XcelEnergy plans to spend $400 million in upgrading two coal plants
* As the U.S. coal industry has taken an ominous and possibly terminal nosedive
* Colorado will face the financial risk if these plants can't be run and become stranded
* Renewables are utterly cost-competitive with fossil fuels (see #2 here)

She concludes, "Spending money on coal plants in light of these harsh realities is the height of economic (to say nothing of planetary) folly -- but that is exactly what the Colorado PUC is letting Colorado's largest utility do."

To some, the upgrades at Pawnee and Hayden are environmentally positive as they mean adding scrubbers to the smokestacks to reduce mercury output; however the scrubber waste is still a disposal nightmare, and the scrubbers do nothing about carbon dioxide emissions while lengthening the lives of the two plants by decades. Carbon dioxide emissions cannot be ignored! The truest environmental value would be to ditch these two coal plants altogether. And on a pure business level, and even if one wishes to ignore carbon dioxide hazards, these plants are likely to become obsolete with coal's widely watched demise. It's best to replace their capacity with energy efficiency and renewables.

Xcel's greenwashing and backward looking plans need to be foiled against the great news from the truly green and forward leaning utilities and regulators:

Take New York State as an example, where regulators announced official change in the role of utilities to accommodate an energy structure based on distributed generation: "Rather than selling energy that's under centralized control, utilities will buy electricity from thousands of small generators that have, for example, solar on their roof. Utilities will make money by linking them together and integrating the energy into the grid."

Also a trend is growing among big utilities to distance themselves from big, central, fossil-based generation, such as Florida Power and Light is doing by seeking permission to buy a 250 megawatt coal plant simply to shut it down.

FPL's parent company, Next Era, has also stepped up to buy Hawaiian Electric, which serves 95 percent of Hawaii's population, with intent to produce greener and more affordable energy. Chief Executive Officer James Robo said to The Miami Herald he sees Hawaii as a testing ground for the expected transition from fossil fuels to power generated from the sun and wind.

"You can think about Hawaii as a postcard from the future of what's going to happen in the electric industry in the United States," Robo said. "As renewable generation gets cheaper, as electric storage becomes more efficient and possible, all electric utilities are going to have to face this."

E.ON, Germany's biggest utility, recently announced that it will now focus on wind and sun. "We are the first to resolutely draw the conclusion from the change of the energy world," said Maria Krautzberger for the utility. It would split its operations into power generation and supply networks to focus on clean energy, power grids and energy efficiency services. This move would increase the prospect of success for Germany's ambitious "Energiewende" (its energy transition) project. From the Guardian:

Asked whether she expected similar announcements by other German firms, she replied: "Yes I do. RWE announced that they are thinking of shifting their energy generation towards renewables and EnBW is also discussing it, but E.ON is actually the biggest player so it is consequent that they are the first to make this announcement."

NRG is also leading brightly by investing long term in fuel-free renewable generation and is cleaning up with profits that are head-turningly attractive to investors. The ongoing overcommitment to fossil generation shown by traditional utilities like Xcel could be summed up by NRG's David Crane as the "mindless pursuit of megawatts," discussed further:

"We see the path to maximum shareholder value creation as something different from just lining up as many power plants as you can get your hands on so that you can sell as many megawatt hours that you can at natural gas derived prices," Crane said.

Instead, NRG is trying to diversify its operations. "We see the future in terms of a dual strategy ... using our core wholesale generation plus retail strength, as a platform to springboard into a range of non-natural gas correlated revenue and free cash flow streams, such as renewable energy credits, carbon credits, payments for capacity, firming and other auxiliary services and green energy service business, whether associated with smart meters, electric vehicle infrastructure or both," Crane said.

NRG's innovation does include one new investment in coal burning - with the huge difference that it is coal sans 90 percent of the carbon dioxide emissions. That's a whole new game compared what Xcel is doing in its pretense that the past is present in its life extensions of Pawnee and Hayden.

Some utilities get it that the face of business is fundamentally changing, while others clearly don't. Xcel in Colorado is in the latter group. Please tell Colorado regulators and lawmakers Xcel's plan two upgrade to aging coal plants must stop and what needs to be upgraded is Xcel's business model.

DO THIS: Go HERE to sign a petition telling the Public Utilities Commission and energy committee lawmakers in Colorado that you don't want to be on the hook for Xcel's reckless and backward investment which should be cancelled.