One of the longer hours you can put a teacher through isn't monitoring lunch or that final 60 minutes before spring conferences are over -- it's at an in-service, the mandatory training that the state, city, superintendent or your principal inflicts upon educators. Topics can range from the terrors of airborne pathogens to the correct way to open your laptop. Michigan teachers are required to attend 30 such hours by law and most fall under the same sad irony found in the half-day seminar on the twenty-minute attention span. 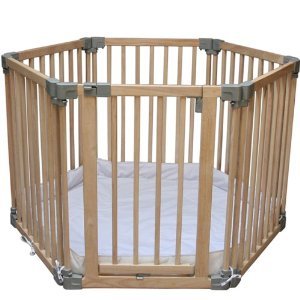 But somehow, in 1991, I found myself at a training that stays with me to this day. Its metaphor was the playpen. Al Dicken, who would later become my administrator when I changed school districts, was the trainer at a drug-awareness session.

Al explained that when our kids are tiny, we place them in the playpen (or its transformer version since the late 80s, the Pack 'N Play). And within those mesh walls, you know your kid is safe -- barring blankets piled too deep or those early day Fisher Price guys who fit too snugly down a windpipe. My mom still remembers a fishhook resting on my tongue since my grandfather decided to clean out his tackle box within a tiny arm's reach. It seemed a pretty obvious peril to even a young mom of 21. But I could also see my grandfather shrugging it off as over-reaction -- after all, the hook wasn't rusty.

As the child grows, so does the playpen's perimeter. When I could climb in and out of my cell, it was time to install gates by the stairs, put high the lit candles (and fishing gear) and begin the over-dramatic renditions of burned fingers near outlets. "Hot! Ouch! Hot! Ouch!" Generally, my kids just laughed at my goofy electrical safety announcements. 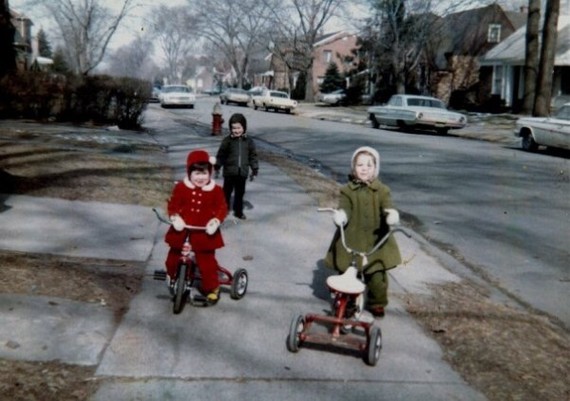 But once the child is mobile, the playpen becomes curfew. "Come in when the streetlights go on" was a standard phrase on my block. Anytime, from morning until dark, your kids were safe to roam the neighborhoods -- however generously the neighborhood was defined, such as the Detroit Zoo via a four-mile bike ride. Violation of curfew meant the walls would close in and the appropriate phrase of "grounding" a kid kept him from flying off with his friends. 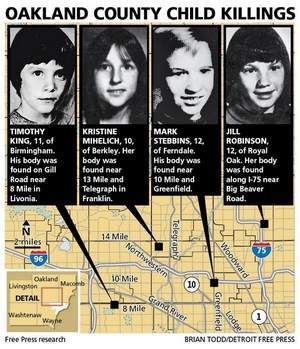 In thirteen terrible months, beginning in February 1976 when I was 11, our world changed with the Oakland County Child Killer. Four children in the cities surrounding mine were abducted and murdered with their bodies neatly laid out days later. Each child's name became burned into most Detroiter's memories: Mark Stebbins of Ferndale (12), Jill Robinson of Royal Oak (12), Kristine Mihelich of Berkley (10) and Timothy King of Birmingham (11). King was found 6 days later with his clothes washed and pressed and had recently been fed fried chicken -- a twisted caretaker violating a child's walls. 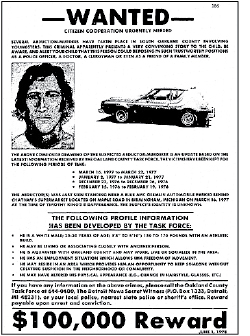 Such incredible horror within my bike route brought every parent to the street-corner for many years afterward. Every owner of a blue AMC Gremlin was interviewed by police since it was reportedly seen near the drugstore where King was headed. Macabre sixth grade screams could be heard whenever a Gremlin was spotted on our walk home from Baker Elementary.

The killer was never found and every few years on local news there is a story of a renewed lead. The assumption that your child could be taken from you in a moment's notice was really unknown until then. 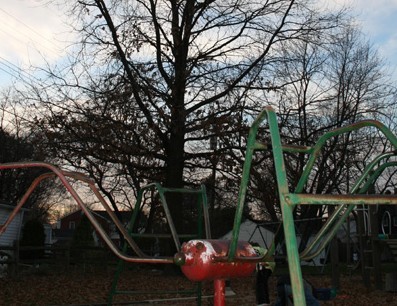 Spider Park - not as scary as this picture would make it

We have a park across the street, embedded deeply into our very safe neighborhood, yet I remember clearly my complete shock and near disgust while playing lifeguard to my kids in the sandbox that some incompetent parent just let their 11-year-old come to the park alone.

This assumption that the worst is likely to happen followed me into my teaching career. We were lectured at great length in education classes about the importance of never being alone with a student, particularly one of the opposite sex. Leave the door open; talk in the hall; have another teacher present, etc. "It's to protect you and your reputation, we were told. If it comes down to an accusation, the kid is always going to be believed." Roles had changed, now the adults were inside the playpen.

But the walls can be a comfort, not just to the parent. As a teacher, I preferred to be "Mr. Walsh" instead of "Walsh" or "Kevin." (I still can't call most of my former teachers by their first name -- it would be like phoning my mom and saying, "What's up, Annie?") As a 22-year-old English teacher with a senior homeroom, control was tenuous at best. A clear set of guidelines, parameters, walls or invisible fencing is a comfort -- "Within this box, you're safe."

Al Dicken explained that the tragedy of a child being raised in a home with substance abuse is the shifting wall. The sober father might praise his son bringing home the report card with straight-A's. The drunken father might scream, "What? You think you're better than me?!" Who knew which father was waiting for them -- or worse, waking them up in the middle of the night. I was part of a weekend-long Partners in Prevention session which invited at-risk students to spend safe time with teachers, counselors and professionals. The astounding resiliency of dozens of students who seemed "normal" to me -- and what they overcame just to make it to school in one piece -- haunts me 27 years later.

Yet sadly, as all too many headlines bear, those same vulnerable children are preyed upon--and not believed. 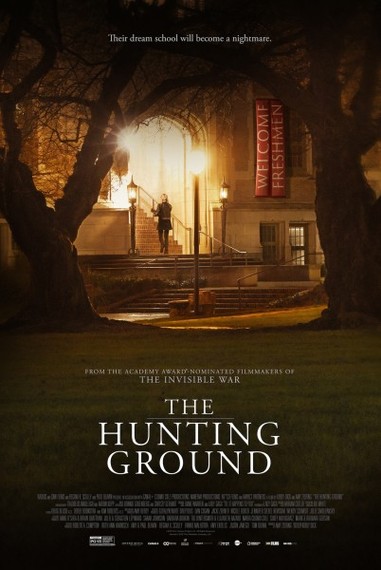 Last week I hosted a screening and panel discussion of The Hunting Ground, a new documentary on sexual assault in colleges -- and the all-too-familiar cover-up by authorities worried far more about protecting the reputation of their schools than the justice and care for your son or daughter. Doug Blush, the film's editor and associate producer, joined us along with Oakland University Police Detective Shona Collins and Kole Wyckhuys, preventive education specialist for Oakland County's shelter, HAVEN.

As a Notre Dame alumnus, I was stung by the multiple reports of my university turning a blind-eye to victims, seemingly sheltering its athletes. Over twenty-five sources were cited by the film's producers to support this neglect, echoing too eerily the Boston bishops protecting the reputation of the church and its priests. When one daughter from a family of Irish grads teared-up talking about her father removing his class ring and never putting it on again, I went through the same stages of outrage, shame, fear and sadness that I did with my church's handling of its multi-generational pedophilia cases.

"Why now? Why did you wait so long?" are the questions screamed in the film by the outraged ESPN team when Jameis Winston's Heisman chances were in jeopardy after rape allegations surfaced (and the Tallahassee police opened the rape kit 10 months later). The answers were the same as the plaintiffs in the church scandal: I was ashamed; I thought I was alone; his reputation was too great; no one would believe me. The film is an inspiring story of two women who overcame not only their university but also inspired thousands of assault victims across the country as they became experts in Title IX.

In response to the claim, "She changed her story," Det. Collins shared the new research and training for Oakland County police in immediately interviewing victims of sexual assault, as parts of the brain actually do shut down. Kole Wyckhuys also explained the importance of starting awareness earlier and how to train bystanders to not let assaults happen. After a crime has been committed, too many people surface who did notice something odd and might have done something to intervene -- but didn't.

In my teaching classes we were clearly instructed of our legal obligation to report any abuse that is confided in us by our students -- we are not attorneys, psychologists or priests. We have a legal (and moral) obligation to stop abuse.

For the children entrusted to us, biologically or otherwise, we not only support those walls for our kids, we are quite often their only walls.