It was 99 degrees out when we visited Disneyland last week.

Have you ever tried to nurse a 4-month-old baby in 99 degree heat? It feels like your face is melting off. My chubby, sweet boy slid across my chest as his cheeks burned a brighter red than mine. His thin onesie soaked through with sweat, and it stuck to my hand as I tried to hold him still underneath my nursing cover. His little hands pushed at the cover as sweat collected like raindrops on his forehead. Hot tears pooled in the corners of my eyes as I tried to create more space underneath the cover so that I could blow air on his little face. Ben wiggled and kicked, his tears finally falling as he frantically tried to get my milk to let down. I cursed the heat. I cursed the Happiest Place on Earth for being so unbearably hot. I cursed the nursing cover.

And then I took it off.

It was 99 degrees at Disneyland. My 4-year-old and my husband were darting from air-conditioned ride to air-conditioned ride. I had spent most of the trip holed up in our hotel room with the baby, cooling off. But I wanted to be a part of this vacation. I wanted to see the look on my big boy's face when he came running out of a wild ride. I wanted to take a family picture in front of Cinderella's castle. I wanted to feel ridiculous in a pair of those stupid mouse ears, and actually participate in the vacation that we had been waiting so long for.

It was time to be brave. It was time to be free. It was time to exercise my legal right to nurse in public, without fear of what others would think or say. As embarrassed as I was, as frustrated as I was, it didn't matter. What mattered was that Ben needed to eat. He needed to stay hydrated. He deserved to eat while being part of the world, not in a bathroom, and not hidden away in a corner. So I took a deep breath, and tucked the nursing cover underneath the stroller. While I was turning my body away from everyone in line at Captain EO, and discreetly pulling my breast out and popping it in Ben's mouth, I realized a few things.

1. Nursing in public is terrifying.

This whole time, I thought that I was nursing in public. I nursed in the Target dressing room. By myself, behind a locked door. I nursed in the library of Max's preschool. When it was empty, and no one was going to come in. I nursed in restaurants and at the mall. Shrouded in a nursing cover. I nursed in my car. In the outskirts of the parking lot. I couldn't figure out what all of the fuss was about. What's so exposed about nursing in public? Until I realized that I wasn't doing the "in public" part if I was in a dressing room or under a cover. I didn't understand why women would need to nurse without a cover. Itty bitty newborns don't kick and fuss and squirm when they eat, they just lie complacently under whatever blanket you throw over their heads, and eat peacefully. But those itty bitty newborns grow into curious, active, big babies. They crane their necks to see what the noise is behind them. They startle when an older sibling runs into the room screaming for goldfish crackers. They get hot and frustrated when the cover slips over their eyes or the milk isn't coming fast enough. Nursing covers are great, but they are quickly outgrown.

I don't regret tying up the dressing room in H&M for much longer than necessary, or spending way too much time in the back of Starbucks, with my cute grey paisley cover draped over us. I needed those experiences so that I could learn how to hold Ben to my breast without a nursing pillow, and adjust my bra without dropping the nursing pads on the floor. While drinking an iced latte, ahem. I needed to ease in to my role as a publicly breastfeeding mom. But that wasn't exactly nursing in public. As Ben gets older and I get my parenting "sea-legs" back, my confidence is growing. I've been learning how to navigate the grocery store with two kids. I've been learning how to get two kids in the car so that we're not late for preschool. I've been learning how to start living life again, and that means that I've had to figure out how I can feed Ben just about anywhere.

3. Nursing in public can be done without feeling too exposed.

I am discreet. I wear a nursing tank top that also covers my stomach, and a baggier shirt on top of that. My breast stays mostly covered, and when Ben is eating you can really only see the top of his head. I try to not nurse "at" anyone. I'll find a quiet spot, or turn away from another table in a restaurant. I've been learning how to drape my shirt, or my cardigan over my breast so that it looks like I'm simply holding Ben. But sometimes he wiggles, or draws back to look at me and give me a "Hey Mom!" gummy grin. I try to keep my eyes focused on his sweet face when that happens, so that I don't die a thousand deaths when I see people gawking at me. I have a mantra that I repeat to myself, in my head, when I'm starting to feel embarrassed or uneasy. "Use your boobs for good." It sounds so silly, but I try to remember what it was like when I was 20 and proud of my body. When I wore cute shirts out to clubs or a bikini out to the pool. If I used to be confident when I felt sexy, then by god I can feel confident when I'm using my breasts for what they were intended to do. To feed and nourish my child.

On that 99 degree day at Disneyland, Ben and I finally wandered in to the "Baby Care Station." It was an air-conditioned room where parents could feed and change their babies. It was staffed by the kindest grey-haired grannies, and they greeted everyone with a warm hello. It was cool and quiet. But the "nursing area" was behind a curtain, and the rocking chairs were set up in a line front to back, so that none of the mothers had to look at each other. And even with all of the privacy, I was shocked to see moms who were facing the wall, and still nursing under covers.

Can we talk about this? It's time to make a promise to our babies that they deserve to eat and snuggle without a blanket over their head. It's time to stop feeling ashamed. I have worked way too hard to protect my milk supply, to teach Ben to latch properly, and to fight through every nursing battle known to mankind, to have to hide how I feed him. If you cover because it makes YOU feel better, then by all means keep covering up. I support you. But if you cover to make OTHER PEOPLE feel better, well then sister, come sit by me and we'll nurse in public together.

Our babies deserve it. I want to be able to stroke Ben's fuzzy little head while I feed him, and lean down to kiss the dimple in his chubby elbow. The moms who are learning to nurse right now at this moment, deserve it too. Let's be brave for them. Let's set the standard by saying that we are not afraid. Let's show them what nursing looks like, and turn our rocking chairs to face each other. Do you know how hard it is to figure out if you're doing it right, if you haven't seen anyone else doing it at all? I want to smile at you and give you a thumbs up while Ben falls asleep in my arms. I want to whisper questions to you about pumping and nursing bras and when babies sit up for the first time. I'm pulling back the curtain. Let's learn together. Perhaps we'll teach everyone who is watching a thing or two about what breastfeeding looks like.

I am learning to nurse in public.

And it's nothing for you to be afraid of. 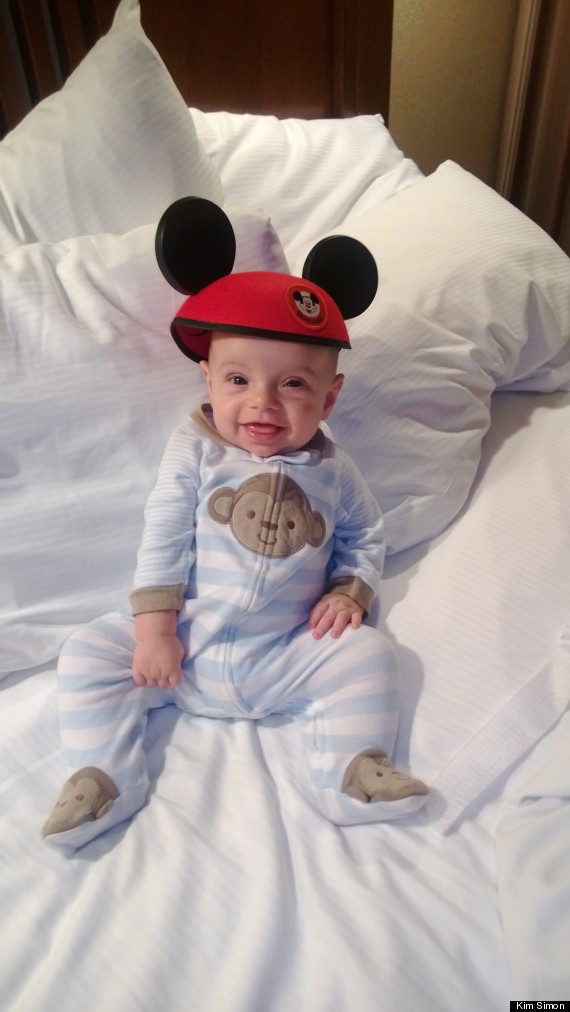 I Support You
More:
parents-having-a-babybreastfeeding in publicParentspublic breastfeedingnursing in public
Newsletter Sign Up
Raise the kind of person you'd like to know
Subscribe to our parenting newsletter.
Successfully Subscribed!
Realness delivered to your inbox