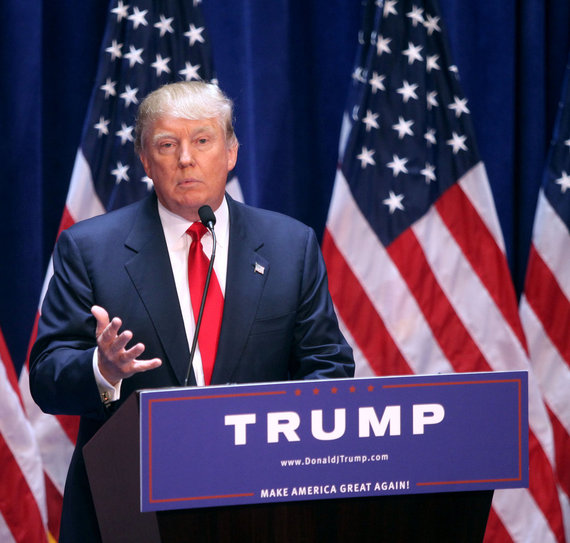 I have the pleasure of extending my congratulations on your election as the 45th President of the United States of America, and my best wishes for the success of your Presidency to bring, peace, happiness, and prosperity for the American people.

I would like to take this opportunity to bring to your attention issues that are of vital importance for the future of the Iranian people and their relationship with the United States in particular, and the international community at large.

Today, the Iranian people, the Middle East and the free world face an existential threat from radical Islam, which is a direct by-product of "Khomeinism" and its revolution in Iran in 1979. Ever since, the leaders of the Islamic Republic have methodically executed their plan of exporting Khomeini's ideology of political Islam. This regressive ideology has spread like a cancer across the globe: from the Middle East to Asia and Africa, and even to Europe and the Americas.

To further their aims, the leaders of the Islamic Republic and their henchmen have used terrorism, political assassinations, mass executions, crimes against humanity, cyber terrorism, proxy wars, hostage taking, money laundering, as well as arms and drug trafficking, which has resulted in regional and global destabilization and conflicts.

Fifteen months ago, the Iran National Council for Free Elections declared our conditional support for the Joint Comprehensive Plan of Action on the nuclear program, primarily to avert the risk of war and prevent the theocratic regime from obtaining a nuclear weapon. However, at the time we warned that it is an illusion to think that the engagement policy could moderate the behavior of the Islamic Republic, and that unless the provisions of the agreement are enforced unequivocally, the agreement would indeed embolden the regime, to both increase its oppression at home and its hegemonic policies abroad.

That is why we asked that safeguards be implemented, so as to ensure that the regime cannot use the billions of dollars that the lifting of sanctions would release, to finance oppression and terrorism, and to sow regional conflicts and proxy wars.

Mr. President-Elect, the overwhelming majority of the Iranian people wish to be partners with the free world and participate in its values of humanism and democracy. This urge for freedom is best exemplified by the daily struggles of Iranian women who are treated as second-class citizens. They continue to demonstrate their desire for equality, despite the continuous brutal oppression that is waged upon them.

Our struggle is not about religions, nor is it a war of civilizations. We are engaged in a struggle of values against those advanced by radical Islam. In any event, the solution is neither war, nor maintaining the status quo. The best policy for defeating political Islam is to support the democratic desire of the Iranian people: to engage, once and for all, in a true dialogue with the secular and democratic forces.

It is important to recognize and acknowledge that the only effective and legitimate form of political change in Iran, is a process implemented by and at the hands of the Iranian people. Moral and political support from the free world for the vast majority of Iranians can only be regarded as a positive contribution to a swift, non-violent transition to a secular and democratic government through free and fair elections in Iran.

The Iran National Council for Free Elections hopes that your administration will bear in mind the aspiration of the Iranian people and engage the secular democratic forces, providing support for the struggle of my fellow compatriots for peace, freedom, and democracy.