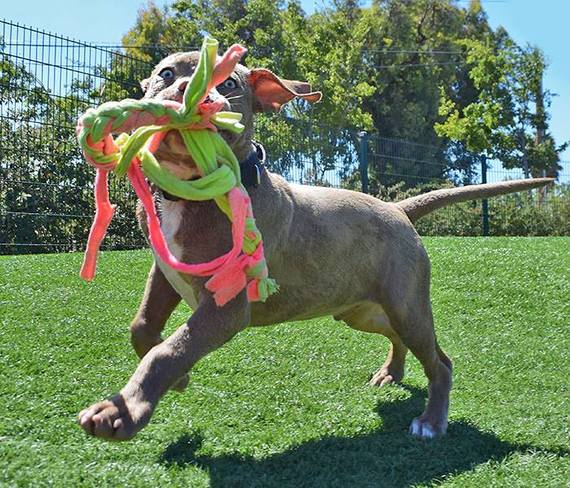 He's a little weirdo, a knucklehead at times, a pestering younger sibling to our other dogs, a super soaker of urine and a relentless chewer of anything left at mouth level but in general he's a good puppy. I would say he's a very normal puppy but he's actually The Best Puppy In The World. 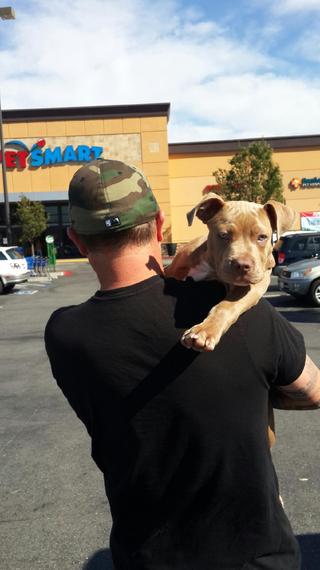 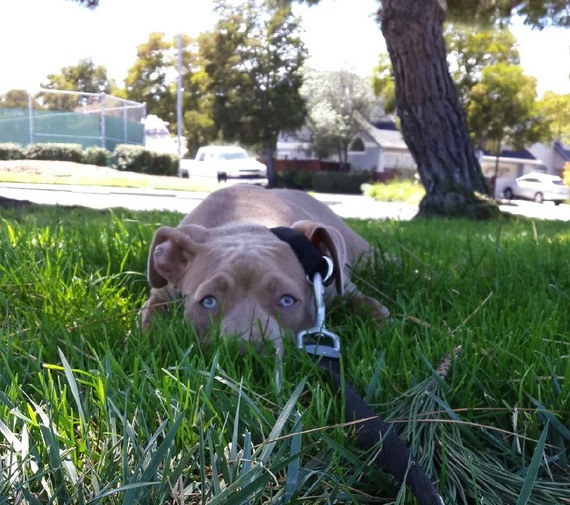 Pit bull owners and Donald Trump: while the hair is different, the effect is the same. We polarize people. Which is why, when out and about in our neighborhood we're incredibly reticent about telling people exactly what Waylon is. Not because we're ashamed - I'd shout it from the rooftops - but because there's generally three reactions to his breed. By now we're pretty sick of most of them.

The haters are the easiest. The people that absolutely hate pit bulls and are convinced that Waylon is a 26 lb nuclear bomb on a leash. We can deal with those ones easily. They cross the street, let them cross the street. They give us the stink eye, great. To quote the sage Taylor Swift, there is only one response to them:

Just shake it off.

These are the street-Waylon-cuddlers, the smilers, the people who remain as sure as we are that the only word to describe the below picture is holy-dog-could-that-be-more-adorable-I-might-have-just-wet-myself: 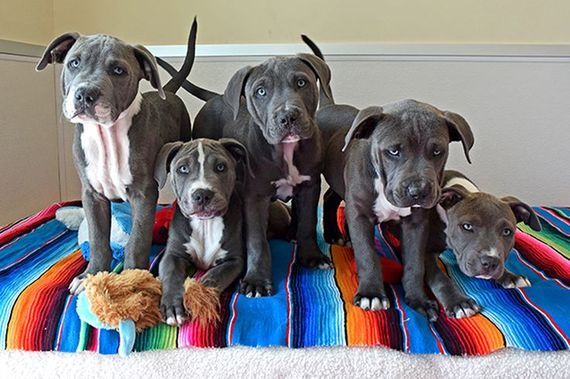 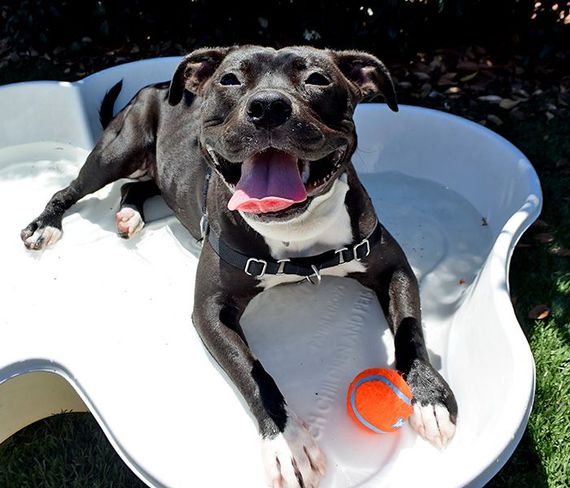 Sure, sometimes we get bogged down talking to them while we're out walking. Sometimes they're nutty and effusive but whatever. Dog people are my people. Bring it.

Before we get into the third and final group, we just want to have a quick break to remind you how adorable Waylon is: 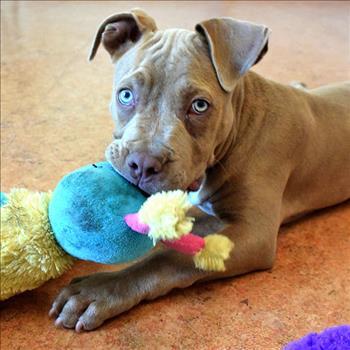 Now that's out of the way, we can present Group 3:

You can also call them The Supporters, as many of them don't own pit bulls and never, ever would. But they really, really, really support you having pit bulls. Really they do. They think 'what you're doing' is wonderful.* Which is great and all except that their unabashed, over-the-top support is always followed by an inevitable 'but' or 'if'.

"Oh, I LOVE pits! They're such great dogs. If you raise them right, they're just like any other dog."

(Really? I work in a shelter. I have seen dozens of pibbles from really deplorable conditions be amazing dogs. Including the lovely Thibbles, a Hurricane Katrina rescue who spent the first two years of her life on a chain and still, inexplicably, not only loves everyone but also loves the water. Go figure.) 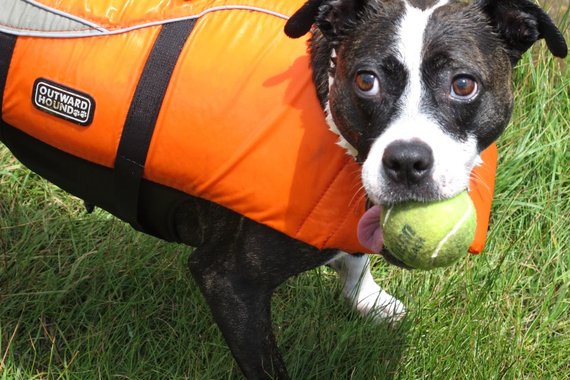 "What a sweetie! I'm sure he'll grow up to be great. It's not like he's a blue nose/red nose/black and white/fighting type/insert random nonsensical physical quality here".

(I have absolutely no response to this. Except to say I also have no idea what body type or nose color Waylon is. His nose appears to be the same color as his lab/sharpei sister's nose.) 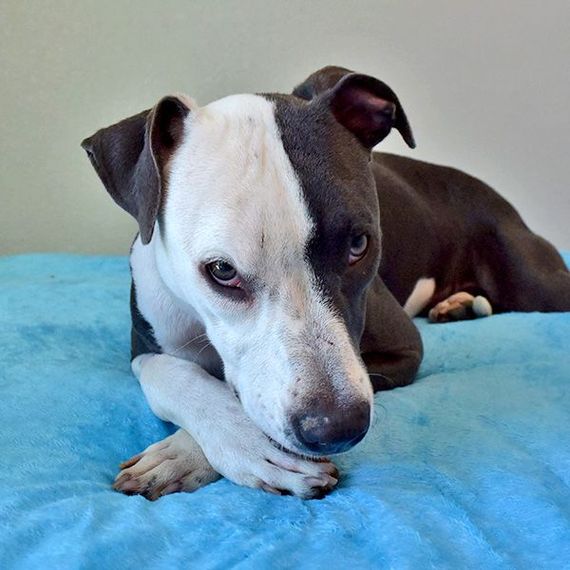 This almost makes me nostalgic for the haters.

While I'm all for good intentions, there's a lot to be said about the condescension inherent in those statements. I'm sure the people that make them really do like pit bulls. But I'm also sure that somewhere deep down they also think that my dog, and all of his boxy-headed brethren, are one nose color, one bad parent away from being a man-eating monster. They might not know that they feel that way, but deep inside they do.

There is a much needed national debate going on regarding internalized prejudices and stereotypes. The things we think without even knowing we think them. I won't say more than that in regards to the qualifier phenomenon than that, I'll just throw that out to put in your noggin. 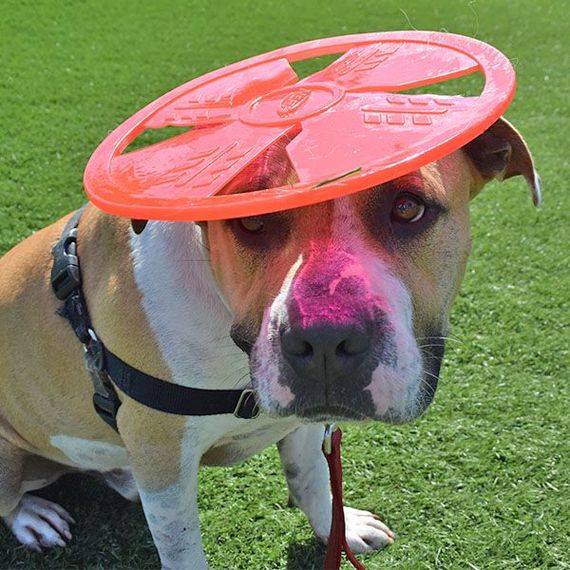 The irksome thing about Qualifiers (aside from trying to come up with a response to someone helpfully telling me my puppy probably won't become a flesh eating, toddler hunting monster) is that theyr'e usually the biggest proponents of pit bulls when there's no actual pit bull owners around.

Hence whenever the pit bull argument comes up when I'm not around, the same people defending my dog are the same ones who believe that he is, as I stated, one shade of nose color or skipped training class away from multiple homicide. The same folks that believe that he is, by nature, violent and unpredictable and only vigilance can keep him from his true nature.

That scares me more than the haters.

No one is doubting that pits are large, strong dogs who need training. No one is saying that some of them have been bred to be aggressive. What I am saying is all dogs need training and an understanding of what they're capable of. That's called responsible pet ownership and I've spent most of my life advocating for that.

What I am saying is that my dog is a member of my family. 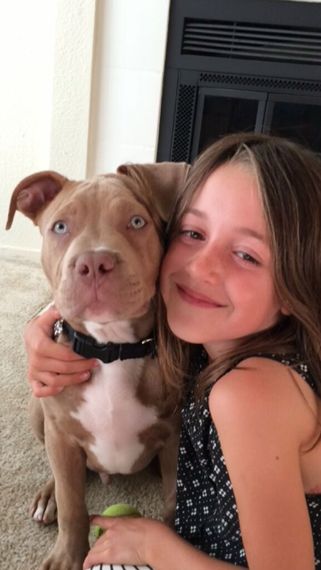 If you hate my dog, I'm sorry you feel that way. In all likelihood I won't change your mind so just cross the street and I'll smile politely.

If you support my dog but you're apologizing for him while you're defending him, please don't defend him. Please just cross the street instead. You're doing Waylon more harm than good. You're perpetuating more myths than all those stink-eyed haters.

This week is Pit Bull Appreciation Week. I'm not asking anyone to love pits. I'm just asking for one week where Waylon gets to be exactly what he is: The World's Best Puppy. 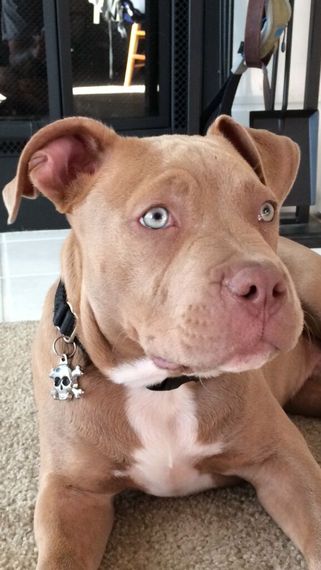 *We adopted a dog. We didn't make a political statement. We're not supporting an orphanage full of war refugees. We're not sure what we're doing except, you know, raising a puppy.

**This is an editorial. The views expressed herein are solely my views and don't necessarily represent my employer. That said, I work for the best shelter in the world.

Most photos courtesy of Jackie MacMillan.