Ladies, have you ever been called a "Goddess" by a female friend and it didn't seem to bring out your inherent beauty and charm? Instead, maybe you rolled your eyes or silently felt disgust?

This has been something I've been grappling with for years.

Goddess is considered a term of endearment, meant to celebrate the woman. This made my negative twinges seem both unfair and bitchy.

This sensitivity led me to female workshops about embracing my divinity. That brought me closer to myself and women on the whole, yet I still wanted to scoff when they called me Goddess.

As an interpersonal communication specialist, I help people SPEAK about what's bothering them. When they're able to get clear about how they feel, the words that follow can be powerful catalysts for change.

So besides being impatient with the Goddess-slingers, I've also been beating myself up for not finding my voice on this issue. I've only become increasingly pissed at how, as women, we're taught to shun our true thoughts and feelings.

We're told "not to judge" and that "being nice" is the lady-like thing to do. Those expectations seem outdated and absurd to me.

Did you know, the origins of nice are described in the dictionary as "ignorant and stupid?" It's kindness we're after, not (passive-aggressive) niceness. Why aren't more women showing us how this is done?

All my life, I've tried setting myself apart from other girls. I didn't want the Jennifer Aniston haircut or Madonna's sense of style. I wanted to create my own brand that no one could duplicate. This caused a gap in my ability to relate to women and their willingness to accept me.

Strangely, I don't mind the division today. It's worth the occasional pain because it allows me to be selective and to find mutually satisfying, female friendships.

So, when an adult woman calls me Goddess, her intention is to include me and to instantly elevate me to the same status as she. "Welcome to the Goddess Club where you've already arrived at the highest honor possible. And we all get along because we're all Goddesses."

No thanks, sister! That crushes my motivation. It suffocates my individuality and makes me wonder how much greater I could be if I played with the boys.

So in the spirit of honest connection, fake-free dialogue, and sincere appreciation for my fellow female:

Ladies, I hear that the title Goddess is meaningful for you and that you're wanting to honor me by using it. I would never want to leave you with the impression that Goddess fits me, when it doesn't.

I also don't want to separate us with language and yet, I don't relate to being called Goddess. Like the Oscar Wilde quote, "Be yourself. Everyone else is taken." I like being Erin. It fits me and it seems to work. 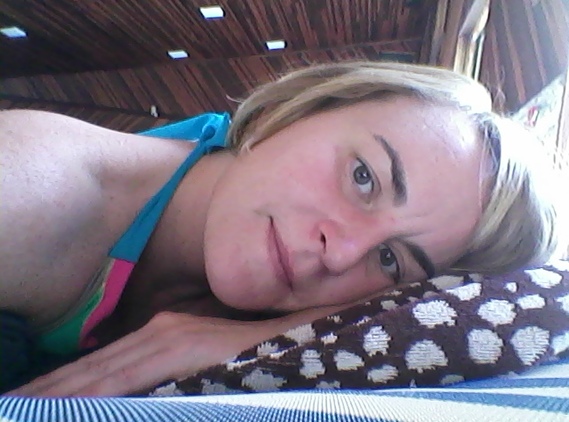