Let Girls Lead is thrilled to launch our celebration of International Day of the Girl 2014 with a blog series written by amazing girl leaders involved in our work around the world. Today's blog is by Memory Banda, an 18 year old girl leader from Malawi, who will speak out for girls rights during the UN General Assembly on September 22. A survivor of gender based-violence, Memory has worked with Let Girls Lead and the Girls Empowerment Network (GENET) since she was 14 to end child marriage and harmful traditional practices. 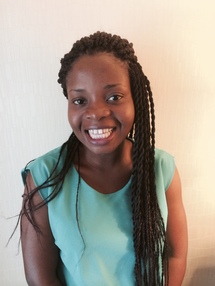 Adolescent girls are the most vulnerable group in Malawi, particularly in the rural areas where female children are despised due to deeply rooted cultural beliefs and practices.

Child marriage is one of the most serious challenges that haunts adolescent girls. Social and economic pressures compel parents to force girls into early marriage, as girls are strongly told that marriage is the only option upon reaching puberty.

Currently, Malawi is a country with shocking statistics of child marriage. Half of girls between the ages of 14 and 20 are married, divorced or widowed, and catch deadly HIV/AIDS due to the harmful traditional practices and porous laws that facilitate child marriage. Currently, Malawi's child marriage bill allows girls to marry at the age of 16, which I feel is a gross human rights violation by the state.

Malawian adolescent mothers are poorer, less educated, malnourished, and prone to greater social problems than educated girls. Adolescent girls who are forced into marriage, most often with much older men, drop out of primary school. Child brides are exposed to gender based violence, trauma, and death - evidence shows that some end up as prostitutes due to deepening poverty and desperation.

For me, it was a struggle to grow up in such an environment, where society expects girls to marry soon after reaching adolescence. I was pressured to marry too, but looking at the number of my peers who were being condemned to lives of extreme poverty, gender-based violence, vulnerability to HIV/AIDS, malnutrition, lack of information, and poor health, I became extremely resistant.

I challenged my family and explained that early marriage was not for me. I told those who thought that I should marry earlier that education and freedom of my rights would be the path of my life. I personally needed to change the way society perceives and defines the needs of girls and women. Most importantly, I needed a different society which respects my choices as a girl.

In 2011, I was lucky to meet an incredible grassroots movement of girls and young women called the Girls Empowerment Network (Genet Malawi) which works with Let Girls Lead, a global movement of advocates for girls' rights. With their support, the number of girls in my club increased to 200 and we joined the Stop Child Marriage campaign. Genet helped us become leaders through trainings that effectively shaped us into agents of change.

I started mobilising other girls to stand up against all cultural odds that were condemning us to lives of captivity, and decided to form a girls' community club. I decided to work hard on education and was selected to attend Chancellor College, one of the constituent colleges of the University of Malawi. This turned out to be a wonderful space for us girls to discuss critical issues that were standing in our way of achieving our goals. We began working to abolish the existing harmful traditions and perceptions that were undermining our power as girls and young women in society.

Our voices became the greatest tool for advocating change for ourselves, other girls, and young women in our community. We addressed challenges of harmful cultural practices, such as child marriage, which prevents thousands of girls from school. We were able to influence our traditional and community leaders and other stakeholders to take concrete actions against all forms of human rights violations against girls. For example, village leaders came up with community by-laws aimed at ending Child Marriage and sexual initiation practices.

One of the chiefs, Traditional Authority (T/A) Chitera, was promoted to Senior Chief by Malawi's former President Joyce Banda, as a result of our good fight against Child Marriage.

The Stop Child Marriage campaign was also able to attract impressive media support, which made our call for girls' rights a national concern.

These changes just confirm that taking a lead is something we all have to embrace now in order to fight against the crisis of Child Marriage. Let us all remember that adolescent girls are a group of special concern and opportunity, since our empowerment is a positive indicator of good things like lower fertility and child mortality, as well as successful micro-enterprise development.

Everyone can champion girls' rights. This solution begins with hope, commitment and action.

We invite you to follow our #LetGirlsLead blog series, running from Monday, September 22nd to the International Day of the Girl on Saturday, October 11th on the Huffington Post. Each piece is an intimate window into the experiences of a girl leader and what she is doing to make the world a better place. Through the series, you can learn firsthand about the challenges facing girls globally and the amazing work girls are doing to create a better future. Let Girls Lead will also send out special weekly updates between now and IDG, highlighting the girls' stories and sharing exclusive highlights of our new curriculum set to be released on October 11th in celebration of IDG.

Let Girls Lead is building a global movement of Champions who empower girls to attend school, stay healthy, escape poverty, and overcome violence. Let Girls Lead invests in girls and their allies to lead social change through advocacy, education, storytelling, economic empowerment, and strategic partnerships. Since 2009, Let Girls Lead's externally validated model has contributed to improved health, education, livelihoods, and rights for more than 3 million girls through laws, programs, and funding. Let Girls Lead's sister initiative, Champions for Change, leverages this proven model to save the lives of women, newborns, and children by empowering leaders and organizations to advocate for reproductive, maternal, newborn, and child health in Nigeria.

Champions for Change and Let Girls Lead are headquartered at the Public Health Institute in Oakland, CA, a leader in global health and development for 50 years.