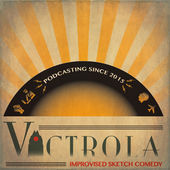 A plucky little troupe from Austin's Coldtowne Theater rolled out eight episodes of Victrola! monthly starting in the spring, and they promise to return for a second season.

To whet your ears for what they do, they put out a compilation show this month, featuring some of their highlighted sketches from their first go-round. The show features seven sketches with titles like "The Trouble with Scrum," "Hobby Lobby After Dark," and "Suicide Squad The Motion Picture." A scratchy soundtrack with an old timey-sounding narrator opens the show and introduces the sketches, each of which moves pretty quickly -- they get a baker's half-dozen sketches delivered in about 31 minutes.

The group writes and acts in the sketch, some fine Austin sketch players like Michael Jastroch, Bob McNichol, Bryan Roberts, Lance Gilstrap, Cortnie Jones, and Jericho Thorp; along with some special guests. 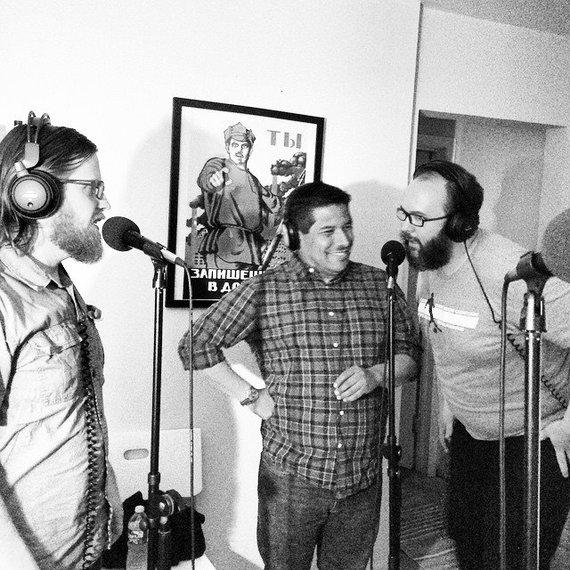 Much in the vein of shows like Superego, the sketches are all improvised and then painstakingly edited into tight, cohesive pieces (which is why it takes a month to "cook" each installment.)

Clearly, by the delightful results, it's worth the wait...but here's hoping it doesn't take TOO long to get Season 2 kicked off.

Podcasts I'm also listening to this week: To The Manor Borne (By Robots) - Episode 1: Fronsty The Snowman; and Cashing In With T.J. Miller - Velveteen Pyramids, The Christmas Edition

The Victrola! review and other podcasts mentioned originally posted as part of This Week In Comedy Podcasts on Splitsider.com.