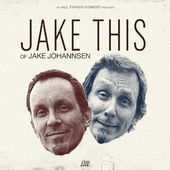 If it's generally a given that comedians make for the best comedy podcasters, then Jake Johannsen is a fine specimen of that subset. It's not important that not all of his guests on JakeThis of Jake Johannsen are comedians, nor even in show business. And the subject matter isn't always light and/or funny. But with a deft touch and a few well-placed humor nuggets strewn throughout the conversation, one comes away from his podcast thinking, "That was damned entertaining!"

His latest guest is Dr. Christopher Ryan, PhD, co-author of Sex At Dawn: How We Mate, Why We Stray, and What it Means for Modern Relationships. He's also the host of his own podcast, Tangentially Speaking. (In fact, this is essentially a dual review because the same conversation appeared a week ago on Ryan's show, even though it was recorded in Johannsen's podcast "lair".)

The subjects are far-ranging, starting with musing over the effects, both rumored and true, of ayahuasca, the hallucinogen of choice of South American native cultures (it's all in the preparation), the wisdom of couples sleeping in separate rooms (it's not as bad as it sounds), the positivity of Joe Rogan (Ryan appears on his show a lot), Johannsen's level of fame (he believes he's only recognized by people who like him), and more.

Then there's the "monkey talk" from which this episode gets its title. Did you know chimps have big balls and apes have little ones? And what the cultural implications for those statistics are amongst monkeys?

So listen in on JakeThis (or try Tangentially Speaking...) and come away being better educated and entertained at the same time. 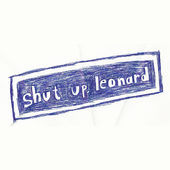 Matt Benson and Andrew Linde, hosts of the Shut Up, Leonard podcast, spoke to God in their latest installment of the show that usually provides episode-by-episode analysis of their favorite TV/web show, Community.

Well, God in the sense that Dan Harmon, the series' creator (and mayor of Harmontown), pays them a visit to answer their every burning question. If he can remember the answers, that is.

People that eat, live, and breathe something they love sometimes forget that the creators of such content may never re-visit their creation after putting it out there (hello, podcasters!) And Harmon makes no bones about the fact he rarely looks back at something that he's made - he has trouble even selecting his favorite of the six-season run of the quirky NBC/Amazon comedy.

What he does excel at, however, is ruminating about the process of creating comedy, dissecting characters to see what makes them tick, and laughing at his own well-documented foibles.

This episode may well be the climax of Shut Up, Leonard. After all, where do you go after you've spoken to God?

The JakeThis, Shut Up, Leonard reviews and other podcasts mentioned originally posted as part of This Week In Comedy Podcasts on Splitsider.com.