Nerding out over their guests is not unusual to the Monster Party quartet of co-hosts James Gonis, Shawn Sheridan, Larry Strothe, and Matt Weinhold. But the latest visitor to their nerd nest, Denise Crosby, has kicked them up to the next level of infatuation.

The well-filmographied actress has appeared in a number of films and TV shows that spans the specific gamut of genres upon which Monster Party focuses -- horror and sci-fi -- and Crosby doesn't disappoint as she unloads story after anecdote after backstage tale during the more-than-two-hour installment. 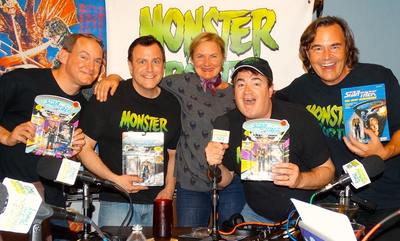 The product of show business royalty (her grandfather was Bing Crosby), her willingness to talk about revealing all in regards to the early days of her career (she was featured in a Playboy magazine pictorial) to the insider glimpse of the audition process for Star Trek: The Next Generation (she played chief security officer Tasha Yar but originally auditioned for the role of Counselor Troi, played in the series by Marina Sirtis), is a combo that has the collective hosts stumbling all over themselves with questions and attempts to get her to accept a mint condition action figure of Crosby as Romulan Commander Sela.

Crosby shares accounts from the making of cult horror film Pet Sematary, the travails of producing the documentary Trekkies, and how deeply touched she is when it comes to the loyal fans of her work. There's so much geek fodder in this episode that people will be checking Crosby's revelations against Trek canon for weeks. 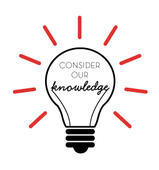 This amazing send up of all things Public Broadcasting, from All Things Considered, This American Life, Fresh Air, and even podcasting's darling of last year, Serial, has been sliding beneath my notice until now.

142 episodes in (as of this writing), Consider Our Knowledge sports an amazing cast of voice talent such as Conor Bentley and Emily Clawsen, who play the show's usual anchors -- and voice a handful of other correspondents apiece -- and their parodies of that trademark NPR delivery is dead on.

This week there's a report on how the new diverse body shapes coming to Mattel's Barbie line is having an even bigger effect on the toy company's moves to alter their Ken dolls to make a big play for the boy audience. And in another nod to current events during their Consider Your Health segment, how countries can fight the spread of the Zika virus.

Another nice consideration by the producers of COK is that they don't wear out their welcome -- each installment run about 10 minutes long. Just right for a perfect bite of satire any time you need a little lift.

The Monster Party, Consider Our Knowledge reviews and other podcasts mentioned originally posted as part of This Week In Comedy Podcasts on Splitsider.com.