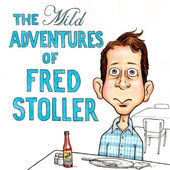 I was delighted to discover that The Mild Adventures of Fred Stoller has crept into Podcastland recently. Just three episodes in and the titular comedian/actor/writer (Maybe We'll Have You Back) is proving to be an engaging host as well.

This week's show is particularly tasty as Stoller's pal, actor Robert Forster (Jackie Brown, The Descendants, Breaking Bad), drops in for a laid back and casual visit. Forster is one of those great underrated Hollywood guys, whose career pretty much vanished for a number of years, until Quentin Tarentino cast him in the memorable role as Max Cherry in Jackie Brown (1997) and the guy hasn't had much downtime since.

Forster is totally comfortable talking about both the good times and the lean times, as well as sharing his simple secrets of success, things like "Finish what you start." He sounds like just a regular Joe and he's got a pack of great stories starting from before he came to LA as one of the last studio contract players in 1965.

Particularly memorable is his tale of being cast in John Huston's Reflections in a Golden Eye (1967) and, being nervous for his first film role, having Huston reassure him that the great director would tell him the secret of acting for the movies. I won't spoil the reveal here, but Forster delivers the story along with a nice impression of Huston's rumbling voice to boot.

Not just a friend of the actor but clearly a fan as well, Stoller apologizes for occasionally fawning over his guest during their chat but, by the time they're done and we find out what a nice guy Forster turns out to be, I'm sure any of us would be prone to a little fawning ourselves. 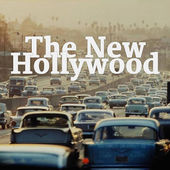 Brian Flaherty has pulled another hilarious fast one with this week's double shot installment of his The New Hollywood podcast. A while back he'd posted a short interview with fictional film producer Alan Marlowe, following it up with a chat with successful director/writer Adam McKay...only to reveal that Marlowe had been portrayed by McKay.

This time, with a similar formula, he's brought non-existent former studio executive Peter Hornsby to life in a short "special episode" that dropped earlier in the week, only to reveal later that it was actually Andy Daly doing the character before his "actual" appearance in a regular episode two days later, which appeared yesterday.

Hornsby talks mostly about films he let go -- such as The Godfather, which he didn't like. ("We've had enough gangster pictures, from Jimmy Cagney to Cleopatra.") The former exec sounds very close to Daly's Don DeMello character, as heard on the Comedy Bang Bang podcast, which alone makes it worth the stream.

Flaherty's chat with Daly as himself is good, but it's not nearly as funny as the "minisode" with Hornsby. It's becoming a nifty gimmick that both maximizes Flaherty's guests' talents while hopefully upping his numbers because, hey, who ISN'T going to go back and grab a 15-minute interview with a funny, made-up character? It's like a DVD extras of podcasting.

The The Mild Adventures of Fred Stoller, The New Hollywood reviews and other podcasts mentioned originally posted as part of This Week In Comedy Podcasts on Splitsider.com.