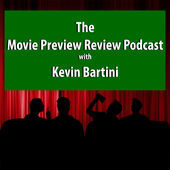 The core premise of The Movie Preview Review is so simple that everything you need to know is right there in the title. Hosted by comedian Kevin Bartini, joined by his regular crew -- Jelly Bean Schmidt, Adam Lash, and his wife, Jessica Bailey -- the point is to predict how well upcoming movies are likely to do based on nothing more than the trailer for the films.

They often have a guest join them in this endeavor and, in the most recent installment, the visiting commentator is Ned Kenney, the entrepreneur behind Laughable, a new iOS app designed to showcase and present comedy podcasts specifically, as well as the comedians and podcasters who host and appear in the shows.

After the interview niceties are over (during which time Bartini's gang threatens to beta test the bejeezus out of the nascent app), it's time for the fun. Bartini wisely suggests that, for maximum pleasure, listeners should pause the show as the movies are announced so they can pull the trailers up on the web and watch them. To help out for those who can't, won't, or don't, Lash gives a running commentary of the visuals of the action while the audio of the trailer plays.

On the docket this episode is The Accountant, In A Valley Of Death, and Drunk Wedding, a streaming movie selection. The first two movies don't fare too well, while the third leads the cast and their guest running off on some real life wedding tangents. I don't think they ever came back to give it a thumbs up or down. 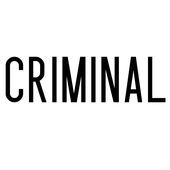 If you're a fan of the Serial podcast, or just like to hear a single real life crime story done justice, grab a listen to Criminal with host Phoebe Judge. Previously a host at WUNC North Carolina Public Radio, a producer for The Story with Dick Gordon, and a reporter based in the gulf coast of Mississippi, Judge combines the measured cadence of a traditional news reporter with the tone of someone who actually seems to care about the subjects she covers.

This past week the show focuses on the darker potential of the internet to become a tool for stalkers. In particular, it's the story of another podcast host, Melissa Anelli, the founder of The Leaky Cauldron, a website devoted to the world of Harry Potter. Eight years ago, Anelli began receiving unpleasant emails and eventually snail mail from a overly involved and enthusiastic fan-atic in New Zealand (Anelli lives on the East coast of the US.)

The messages escalated to actual death threats and the FBI were called in -- but it turns out to be no easy task to get much done when the perpetrator lives half a world away.

Unlike Serial, Criminal doesn't require weeks and weeks of listening to get the whole story. Judge and her production staff get the job done neat and tidy -- the Eight Years episode is briskly wrapped up in just 25 minutes.

Podcasts I'm also listening to this week: Pappy's Flatshare Slamdown -- Series 6, Episode 8: Put Up The Wallpaper; and Dazed & Convicted -- Episode 126: Prove Yourself for Perversity and Protect the Pomeranian Pawn