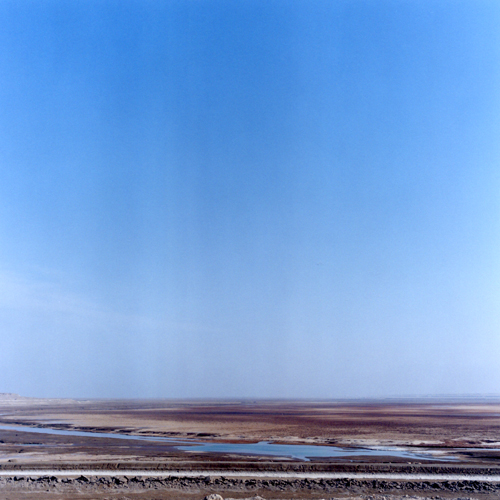 One day, my heart will stop beating. (not everything is a joke)
-Jimmy Kimmel in a tweet on January 13, 2012

There will be a world with no you in it,
and it won't be lopsided here without you.
The people who knew you will also be
gone, and then the people who had been
told about you. A child in each playground
swing, a dog at the end of every leash.
Water will course through the pipes
in the city you no longer live in, in your
home that you are not inside of. The new
inhabitants will hold a pot beneath
the faucet in the kitchen, place the pot
on top of the stove, just as you did.
Some of your objects remain, have
been reassigned. Your guitar is held
by a boy whose mother purchased it
from a resale shop. Your gray pearls
are with a woman flecked with your
genes. Many of your books have
disintegrated. A few of the things
you made still belong to someone
else who looks at them. There are
television shows starring humans who
were born long after you disappeared.
Feathers fill the pillows, and teens
and preteens take the risk of placing
their tongues in each other's mouths.
Forever, you will never come back.
Ninety-eight or eighty-three over
infinity, it is almost not even a fraction.