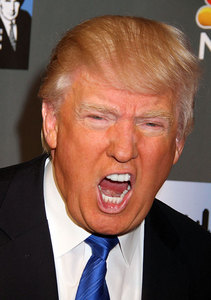 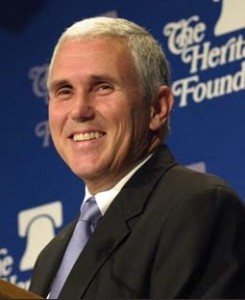 We had to wait for Donald Trump
To find out which white guys he'd dump;

And now he's done with all suspense
And picked the Indiana guv, Mike Pence;

They're quite a team, as we'll soon see
The right wing of the GOP;

Chris Christie thought he might be hired
But then Trump told him, "Chris, you're fired"'

And Trump kept teasing Speaker Newt;
Until he gave the Newt the boot;

We know that both are anti-gay
And both support the NRA;

Pence thinks that smoking makes you healthy
And busting unions makes you wealthy;

Both avoided military service
But their views on war should make you nervous;

Trump always boasts, with much aplomb
He's not afraid to drop the bomb;

Some thought that Trump would really care
That Pence still has all his own hair;

And keeps it gray, while Trump instead
Wears a toupee and dies it red;

Both Trump and Pence are real "pro-life"
But Pence has only had one wife;

Said Trump "we have four wives between us"
And then asked Pence "How big's your penis?"

Once Pence said, "Don, mine's pretty small"
That was enough to get the call.

Peter Dreier teaches politics at Occidental College. His most recent book is The 100 Greatest Americans of the 20th Century: A Social Justice Hall of Fame (Nation Books)