In Jill Bialosky's poem "The Mothers," from her new collection, The Players, the experience of the soccer mom -- or, rather, the baseball mom -- is brought into warm, lyrical focus. The mothers of "The Mothers" are a loving collective, cheering on their sons, doing the laundry and attending to other sundry tasks needed to keep their budding athletic dreams alive. The Players represents an under-appreciated but particularly relatable strain of poetry: The poetry of our daily lives. In its pages, we see our own childhoods, daily domestic experiences, and familial dramas.

We spoke with Bialosky about her poem, which appears below, as well as about the joys of poetry as an art form:

What do you think poetry offers that other mediums don’t?
Poetry offers an intimacy with the reader that is particular to the art form. When I read a poem that moves or seduces me it feels as if the speaker is whispering in my ear, or tugging at my heart. 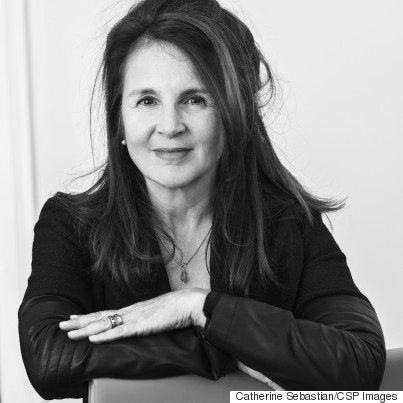 Someone once said that poetry expresses the unsayable and that has been a guiding force in my own engagement with the art. My definition of a good poem is one that allows the reader to enter into the experience of the poem and be affected by it. A student who attended a workshop I once gave asked me whether a poem should have an “a ha” moment -- that would be minimizing the impact of a poem. A poem is not an advertisement or an aphorism. A good poem should open a window into a new world where the reader can hang out on its windowsill and be struck, awed, engaged. A poem is not a closed off form. There is something waiting in a poem, and the waiting is for the reader. A reader enters the experience of a poem and brings his or her own associations inside that open room.

What led you to fall in love with poetry?
I fell in love with poetry out of necessity. I needed poems the same way in which I needed to read novels, stories, and other forms of literature to attempt to understand and engage with the human experience. Poems said things to me that I wished I could say or express, but once taken in, I felt immediately part of a community. In a crisis, a poem can make the small crucial. I’ve gone on record as saying that I fell in love with poetry when my fourth grade teacher read us a Robert Frost poem called “The Road Less Traveled.” I have memorized that poem and at times the lines come to me, when I need to make a decision or am at a crossroads. Since then, particular poems have become guideposts. When it begins to snow, I think of Wallace Stevens and his “The Snow Man” and his line that “one must have a mind of winter.” I’ve said that line so many times in my head that it has become a part of me. When I’m feeling slightly down or overlooked, I think of Emily Dickinson’s “I am Nobody,” and I begin to smile. A good poem can be as intense as a seduction.

What is the most important thing to do when reading a poem?
Relax into it and read it again and again and give up any illusion of getting it right or understanding it completely. Poems are not meant to be understood but to be engaged and seduced by. Though I am not one for memorizing poems, I can see the value in it. I like when a poem gets under the skin.

Which contemporary poets do you think people should read?
There are so many it feels like by mentioning one I may leave out another, sort of like having to choose your favorite child. Instead, as an introduction, I recommend reading a good anthology of contemporary poetry. Since I’m an editor at Norton I would be remiss not to call out the superb Norton Anthology of Modern and Contemporary Poetry. The Norton anthologies were a mainstay in my education. I edited Eavan Boland and Mark Strand’s anthology called The Making of a Poem. It is a must have for anyone interested in the art of poetry.

Why did you write this poem?
“The Mothers” is part of a long poetic sequence called “Manhood.” The poem takes as its subject baseball. I spent many hours on baseball fields throughout the five boroughs of Manhattan as I watched my son advance from a little leaguer, to playing for a tournament team in high school to eventually getting recruited to play college baseball. One weekend I took my son to a tournament and I began to listen to the chatter on the field and all of the sudden the first poem in the sequence took hold. It’s called “Chatter,” and it is poem that simply documents the chatter on the field and I thought that the chatter formed its own musicality. Once I had that poem, others began to unfold. The baseball field can be a battlefield where mothers, fathers, sons, brothers, coaches, teammates rage their own inner battles and perform or act out their demons, joys and celebrations. So I attempted to try and capture those voices. I wanted “The Mothers” to embody the voices of the mothers sitting on the bleachers and the sense of watching their sons from a distance and in a sense also being aware of the passage of time and trying to capture elements of the dynamics between mothers and sons.

“The Mothers,” and The Players as a whole, delves deeply into gender difference. Why did this strike you as a ripe subject for poetry?
I do see the long sequence, “Manhood,” at the heart of the The Players as a poem about gender. One of the things that struck me working on this series of poems and bringing to life some of the characters, coaches, players, fathers, mothers, sons, girls, was that baseball, at least from the prism of where I stood, was fueled by intense male energy. The coaches could be brutal and competitive, and this was the language and atmosphere in which these young boys were learning to define themselves. It made me think about questions of manhood and the differences between genders and about how much of our identities are formed by the way in which we mirror those in power. I wanted the poem to cast light on some of these shadings. I think anyone who has attended a little league game will be familiar with fathers shouting at their sons from the stands, and mothers biting their nails when their sons are up at the plate. I found all of this fascinating to document through poetry.

Does writing about parenthood present any unique challenges?
Yes. As a parent I was aware of not wanting to infringe upon my son’s privacy and that is why I choose to adopt the collective voice. Though many of the poems are about motherhood and fatherhood, and boyhood, the players in the poems strive to become archetypes. Poetry is a form of myth-making and in this book I think of these poems as myths about familial attachment.

There’s a great sense of universality and communality in this poem. Why are you drawn to looking for the universal in your poetry?
As a poet I strive to achieve universality in my work. I recently was in communication with a poet whose work I admire. She reminded me that we read together many years ago at a festival and both of us were lamenting the kind of autobiographical subject matter that our poems employed -- not lamenting our poetry -- but that the "Poetry World's" attention was shifting elsewhere -- on Language Poetry and more abstract, experimental poetry. I remember feeling too, and hoping, that the pendulum would swing back again, and it has. Or perhaps now there is room for many kinds of poetry. As a poet, I’m more interested in having my poems achieve universality and clarity. I like to imagine that I’m writing other readers’ stories and experiences into my poems. One of the best compliments is to hear that a poem of mine has been tacked up on someone’s refrigerator or bulletin board.


8. The Mothers
By Jill Bialosky

We loved them.
We got up early
to toast their bagels.
Wrapped them in foil.
We filled their water bottles
and canteens. We washed
and bleached their uniforms,
the mud and dirt
and blood washed clean
of brutality. We marveled
at their bodies,
thighs thick as the trunk
of a spindle pine,
shoulders broad and able,
the way their arms filled out.
The milk they drank.
At the plate we could make out
their particular stance, though each
wore the same uniform as if they were
cadets training for war.
If by chance one looked up at us
and gave us a rise with his chin,
or lifted a hand, we beamed.
We had grown used to their grunts,
mumbles, and refusal to form a full sentence.
We made their beds and rifled through their pockets
and smelled their shirts to see if they were clean.
How else would we know them?
We tried to not ask too many questions
and not to overpraise.
Sometimes they were ashamed of us;
if we laughed too loud,
if one of us talked too long to their friend,
of our faces that had grown coarser.
Can’t you put on lipstick?
We let them roll their eyes,
curse, and grumble at us
after a game if they’d missed a play
or lost. We knew to keep quiet;
the car silent the entire ride home.
What they were to us was inexplicable.
Late at night, after they were home in their beds,
we sat by the window and wondered
when they would leave us
and who they would become
when they left the cocoon of our instruction.
What kind of girl they liked.
We sat in a group and drank our coffee
and prayed that they’d get a hit.
If they fumbled a ball or struck out
we felt sour in the pit of our stomach.
We paced. We couldn’t sit still or talk.
Throughout summer we watched
the trees behind the field grow fuller
and more vibrant and each fall
slowly lose their foliage—
it was as if we wanted to hold on
to every and each leaf.