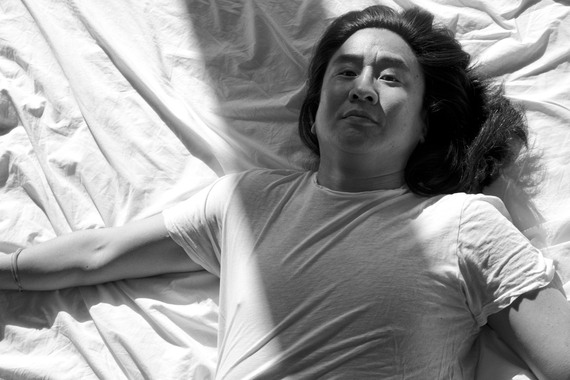 After reading Timothy Liu's latest book of poetry, Don't Go Back to Sleep, I knew I had to interview him immediately. We met for soup in Chinatown and talked about poetry, coming out as a Mormon, and non-possessive love. Our thirty-minute conversation ended and Timothy looked at me a little panicked from across the table, "Wait....did we even talk about poetry?" I couldn't remember either, but knew what we did discuss would make a damn good read.

Timothy Liu: I think the emotional life is very dense, complicated, and complementary. I think if you're going to be real with a person, you can expect to go through a very wide window. And when it comes to sexuality and spirituality, the authentic experience is going to have a lot of range, and one would hope for a lot of ambivalence and contradiction.

In a poem, because you're constantly revising, you're orchestrating the emotional effects you want. When you write that first draft, you have to be committed to going to that emotional realm. Otherwise, it's just wordplay without any emotional investment. When I revise a poem, I find that sometimes humor or a twist at the end can amplify whatever is going on. I think the only way we can experience feeling is through contrast.

PM: When did you come out?

TL: I think I came out when I was 23, but I'd been sucking dick for a decade. I had this secret, anonymous tearoom sex life when I was growing up Mormon. I was doing both devoutly--on my knees for two different reasons. There was a lot of guilt there, some denial, and a lot of compartmentalization. [Laughs].

When I came back from my mission, all of my [male] best friends were getting married to women. I even got engaged to a woman I met in Hong Kong, an engagement I had to break. I kind of lost it. Had to get therapy after feeling suicidal. So, my coming out was at the tail end of that.

My public coming out was on the day I graduated from Brigham Young University. Of course my close friends already knew. [The response] was a mix of "we knew and we're here for you" and "we're sorry for you" like, "our condolences."

I wrote a poem about losing a really good friend called, "If Everything I Said." It's a poem about a Mormon friend of mine named Bob. When I came out to him, he had just moved to Arizona and he freaked out and said we couldn't be friends. He's the one who said, "Everything we did was a lie." Logically that doesn't make sense, but psychologically, maybe it does. When you come out, sometimes people they feel they can't trust anything you've said or done. Sharing the same room, showering at the gym, staying out and up until dawn, all of that means something different now. It's tough to be on the receiving end of that.

When I came out to my dad he said, "I wish you would have told me sooner, so I could have been there for you." That really moved me. Then he said, "This is so much easier than when you told me you wanted to be a Mormon!"

That's a big range from being totally accepted to being utterly rejected, and that's the risk everyone has to take when coming out. 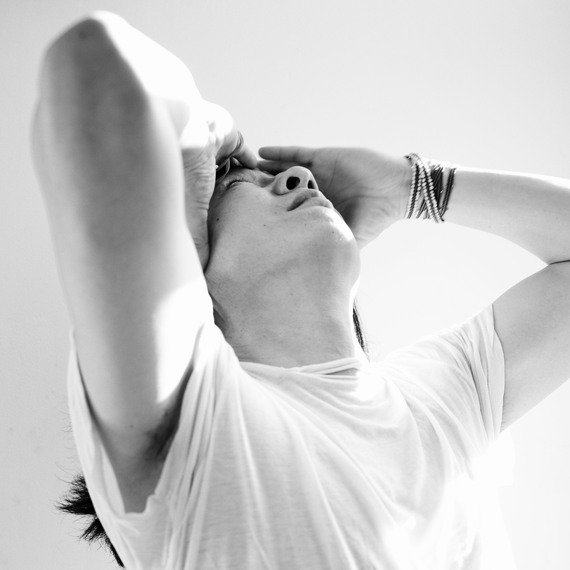 PM: What drew you to Mormonism?

TL: I was 12, my parents split up, and my best friend was Mormon. I spent more time at his house than at my own. I found a lot of safety in the Mormon church. It became my adoptive family. Where I grew up in south San Jose, we had close to 2,000 kids in my high school. Only 4 were Asian-American; everyone one else was pretty much white. As a Mormon, I was able to disappear, both as an Asian person and a gay person. And I became this other normative thing. I became what surrounded me. Or at least I thought.

It took a long time to come out. I couldn't imagine life outside the Mormon church because it's a 24/7 kind of religion. It took years and years to realize I had to invent a new spiritual practice that would include being gay. Poetry became a devotion, a place where I could be authentic both spiritually and sexually.

The 20th century poets who were gay showed me something I could grow into whereas the scriptural passages from Mormonism barred me from imagining a future other than a celibate one. I was repeatedly told, "There's nothing wrong with having your feelings as long as you don't do anything about them!" What was that supposed to mean? Physical and emotional intimacy are some of the best parts of being alive. I'm still baffled when people take vows of celibacy. I'm not built for that. It seems that the best thing about being alive is being in a body and being able to love another person heart, soul, and body.

PM: Your poems explore being in love with multiple people. Could you discuss that?

TL: In polyamory, you have permission to pursue the people you're crazy about, and because you've discussed it with your partner, you're not cheating. Nor is it a tell-all. It's just permission. Give each other a heads up if something's going on. I don't need to know all the details, but I do need to know when you're walking around like a zombie, it's because of this other person and not me.

All of us feel possessive growing up. Possessive love is a very early type of love, and letting go of that is hard to do because the experiences from early childhood have a tendency to burn grooves into our brains, lay down irrevocable tracks! No one wants to feel replaceable!

Hitting my midlife crisis in my late thirties, I found it necessary to take a hard look at my own insecurities, look at other ways that I could reassure myself in my relationships beyond the reflex of possession. The vows I made with my partner twelve years earlier needed to be revised. If you're already in a relationship, and you fall in love with someone new, it'll feel like walking through a fog. Anytime you fall in love with someone, you're lost in a deep fog. There's no way you can know how it's going to turn out! In fact, it's probably going to turn out to be a lot different from anything you ever imagined. Why would anyone want to say no to that? 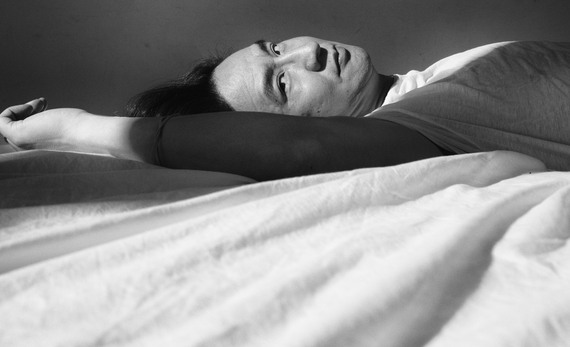 Enjoy three selected poems from Don't Go Back to Sleep (Saturnalia Books, 2014) by Timothy Liu below:

IF EVERYTHING I SAID

were a lie, if all I wanted
was to pick your brain
or suck you dry and then
make off with your baby
destined to be a king,
you too would walk away
from me without a second
thought, you said, certain
I'd agree that it was all
a sham, myself lost
in thought the moment
you hung up, remembering
a friend I knew in college
who made me take a vow
inside a Mormon Temple
that we'd know each other
for the rest of our lives,
that whoever died first
would be waiting to greet
the other on the other
side of the veil, the closest
friend I'd ever had up until
that moment I decided to
come out to him. Bob.
Whose father broke his
mother's nose in seven
places, who dislocated
her shoulder twice because
he was in the mood, moving
out of the house only when
Bob and his three brothers
cornered him with a shotgun
in their garage, this story
told to me through tears
a decade after the fact.
Bob, whose stepfather climbed
into his bed, into each of his
brother's beds, only this time,
no one said a word, in fear
of breaking up another
marriage. Bob who said
to me: "Everything between
you and me is a lie: sharing
the same room, showering
at the gym, staying out
or up until dawn, all of that
means something different
now." It didn't matter
that I never touched him
in a place that would've made
him jump. Bob, who moved
to Arizona, who didn't stay
in touch, though I heard
he was getting married,
just couldn't bring himself
to send an invitation.
Everything wasn't a lie.
Another decade passing by.
Perhaps I am still a fool
waiting. Bob. Whose son
I've never met answers
the phone and tells his dad
an old friend is on the line. 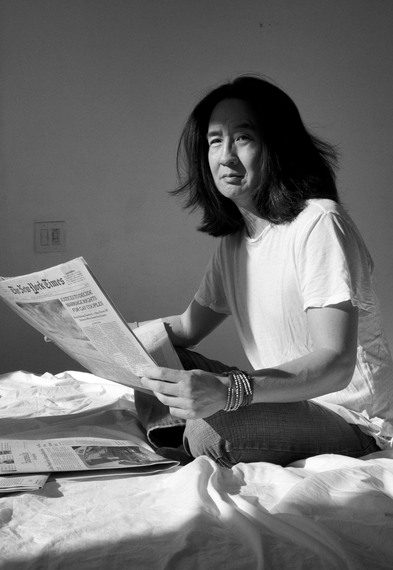 THE GARDEN OF EARTHLY DELIGHTS

Either eat the thing
or don't. Either unhinge
your jaw and take in
this world or leave it

alone. Such a simple
thing, what one is willing
to put in one's mouth
or not. I wanted you

to be changed, to feel
the slow piston of what
I was moving through
what I longed to say

but couldn't. Some say
I was wrong for wanting
this. Others couldn't
start to censure us fast

enough, said I was like
a contagion, the pox
on you is what they kept
on saying. People say

all sorts of things but
was the thing prepared
to your liking, satisfying
what you had imagined

all your life? I was not
confused, could see
beyond the moment's
repast into the cold

everlasting. Love gets
down on all fours
and straddles the thing
it loves, and just like that,


it's over. The hunger
moves on to whatever
comes next, the bottle
uncorked, the night

of Dodge, no evidence
left behind. That's how
we've always wanted
to leave this world. 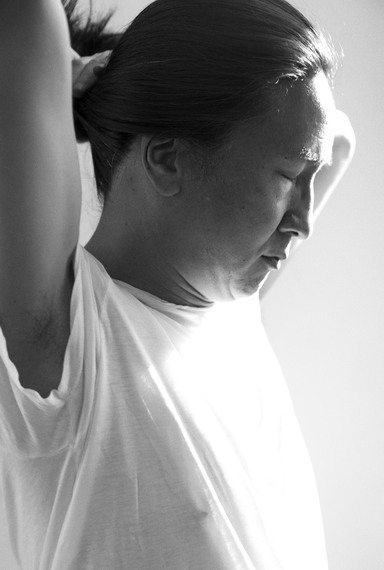 He said: you talk too much.
He said fucking his wife
was like doing the stations
of the cross, over and over,
always in the exact same
way. He told me to saddle up
my ponies, told me to go
easy there, hoss, his voice
a blindfold around my head.
I did exactly what he said.
He liked my thick hair, liked
squeezing my mouth slowly
open with finger and thumb,
prying down my lower lip
before gently grazing there.
Soon after he stopped
saying anything, his hand
holding up the backside
of my head, cradling it like
a newborn calf, his hardness
riding against my loins,
crushing my sex, the bruises
only showing later as proof
of his sudden visitation--
late afternoon sun starting
to dip below the ridge,
the sky itself tuning from
champagne to cinnamon,
his body all vice and torque
as he took me in his arms,
bride and chattel, his tongue
a branding iron that took
its time, burning the moment
into me, a wetness already
pearling there, his eyes
scratching out the prayers
I knew by heart, I who knew
there'd likely be nothing
left when he got through.