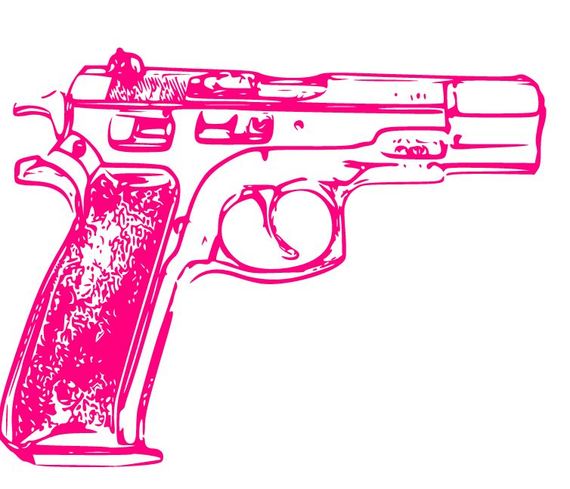 I hardly need to mention that poetry isn't dead.

The very discussion prevents its death, and that is that. But what happens when poetry kills itself little by little? What do we say then? The poetry "scene," as it were, is made up of mostly poets and some enthusiasts, with academics littering both groups. This is fine, but in order for poetry to actually flourish and reach a greater audience, we ought to strive for something more authentic. People always try to discuss "sincerity" in literature, and the truth is: it's subjective and intangible. But there is one tangible insincerity in poetry: Poet Voice.

Why is it a problem? Well, why do we question God's existence? Because we cannot expect to live our lives by the rules someone else designed for us. In poetry and in religion, this outrageous, quiet acceptance of the status quo is dangerous and boring. So, if you do think poetry is dead, it's probably because you've experienced the blood-let that is most poetry readings.

There are so many incredible poets who get up to read and all of a sudden, the poetry's power is simply reduced because of their delivery. After countless readings, we ask ourselves why did she put on that voice?

Poetry has reached a time of great change. From Poetry Magazine's dedication to emerging voices to the hundreds of innovative literary journals publishing mindblowing work each month, we are clamoring for more more more. How can Poet Voice still be tolerated, much less a default?

"There can be no progress without head-on confrontation," Christopher Hitchens said. At the risk of being histrionic, I will certainly liken the religious flock mentality to the thoughtless appropriation of Poet Voice. It delivers two messages: I am educated, I am taught, I am part-of a group, I am better-than and I feel safe; This is all I know. But more often than not it just says I am afraid to tell my own story in my own voice. Don't be.

Poet Voice, if nothing else, is simply a regurgitation of someone else's massive failings. It appealed to the literate masses (as socio-cultural trends do) and it crept up into our classrooms and bookstores and communities, like texts, ideas and expectations of White male power. It is not questioned often enough. It should be questioned with exigency.

The lack of diversity and the lack of personal accountability for this mindless mimicry goes unaccounted for, and it, I think, is connected to social issues at large.

People have countered, but not everyone using Poet Voice is rich or educated, so how can it be linked to class discrimination or power? It's the assumption that the highfalutin performance will empower it, because being oneself is ordinary or lacking or unrefined. These poets won't admit it, but some like to feel distinguished more than they like to write.

Poet Voice depersonalizes the poetry, rendering it robotic and strange. It says, "I am not for you. I am a performance. I am better than." The poem, even if written with love, becomes a dead version of whatever it was before. It is too good, too clean, too careful, too restricted -- like the high society that values everything but the truth. It is as if almost 90 percent of the poetry community is trying to be the one percent, and we're not buying it.

The Poet Voice is often proliferated by MFA programs with overwhelmingly White, straight professors. The educated are taught to enunciate clearly and so they do. And in their long-taught and long-learned efforts to rise above the ordinary people, they disseminate a viscous sound pattern embedded with something much, much deeper. The students become their shepherds and the voice lives on.

MFA programs aren't inherently problematic; they often offer remarkable opportunities to students, but like real life, it is up to the student to explore the world for themselves and not guzzle the slop they will inevitably be fed by world around them.

Outside of MFA programs, similar learning occurs. If one attends a reading or searches for a poet's performance on YouTube, they are often greeted with this voice. Like a childhood without options, most are unknowingly forced to imbibe and participate in this sound. If you're brought up speaking one way, then it is natural to you. But if your voice changes within the poem so drastically that the you that wrote it evaporates entirely during the poem, we, the audience, are left fooled and a little bit curious: Who the hell are you? Do you think I don't see through you right now?

So, what makes the Poet Voice such a problem? Why can't people simply speak the way they want? The issue with demanding the end of Poet Voice is clearly problematic and hypocritical; how can we anti-Poet Voice warriors tell the people that it is Poet Voice -- the very tool by which we build our arsenal of immortality -- making poetry dull? How can we ask you not to use it when we're so against those telling you to use it?

The difference is that we are asking you to question your reasoning. I do not agree with Rich Smith ("Stop Using 'Poet Voice'") that it might be too late for some to change. I've had active discussions with poets who recognize the issue and who actively try to undo what come to feel nature.

1. Why do I speak like my professors, peers or other acclaimed poets?
2. Am I aware that I am speaking with this lilt?
3. What does Poet Voice offer me?
4. What will happen when I abandon it?
5. Do I think my lineation really sounds like this?
6. Have I recorded myself reading with and without Poet Voice? Can I hear the difference?
7. Most importantly: Have I tried to read the poem simply as myself, with no preset ideas of "performance."
8. Will I become my own performance "style"?

If the issue is fear, you have just found yourself in a lucky position. Fear is one of the catalysts for change and growth. Fear means you know you may be incorrect. You may find that when you read your poem as you -- when you abandon those auto-subscribed notions of sound and musicality -- you will reach and offer a much deeper attachment to your work.

Simply asking, "Why do I feel the need to do this?" is good enough. Or, it's good enough for now.

I have never met a friend for dinner who told me something beautiful or exciting or moving in such a way that her sentences ended at strange intervals. One would never end an important sentence in forced down-speak or up-speak. The sincerity would be lost. When I was writing my poetry collection, APOCRYPHAL (Noctuary Press, Oct. 2014), I would read and re-read the poems out loud. I focused on the work's musicality, but I knew that I needed to present that sound at readings, too. So, I followed the work's natural music and took note of when I slipped out of my authentic voice. It's easy to let popular sounds control you, but it's freeing to work against it.

What, then, separates the poetic performance from everyday life? The poem is itself the life of the moment. It dictates the reality of that little box of time: those three minutes, that room filled with listeners. It is a poem. It is built in such a way that it is the only thing delivered. There are no "ums" or "errs," in most cases, and so you are tasked with translating the truth of that piece into an honest, authentic moment.

How can the authentic be translated in Poet Voice? It can't. The poem itself might well be incredible, but then, it might be better left to the page.

While Poet Voice is incredibly common (even fiction writers read this way), there are various styles within the poetry community where performance is concerned. All of these are inherently problematic. Reading "styles" strip the poet of their natural identity and of the poem's power. Why would you limit your own work in such a way?

Expect more from yourself and from poetry. Go to readings and hear new poets. Take note of your emotions when reading poetry. Be open. Read your work alone in your bedroom until your voice is no longer contrived. Get drunk and do it again. Don't listen to what everyone tells you. Don't accept everything the lit journals tell you. Read about musicopoetics at Sound Literary Magazine. Decide for yourself. Hear the inherent -not forced- music in poetry. Give yourself the option.