This spring, communities across the nation have been celebrating Safe Kids Day. As the season began, a tweet arrived. "Every minute of every day, there's a call to poison control because a kid gets into medicine," it said. "Learn more."

I was overwhelmed. I had just wrapped my brain around the water situation in Flint, Michigan. While the politicians were casting blame and flexing their sanctimonious muscles, #WhatAboutThe Babies?" had become a hashtag. "Help bring water and wipes to the infants of #Flint," a tweet urged. 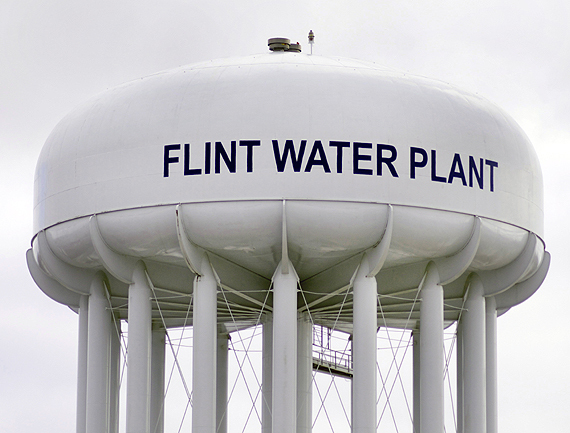 Alas, there was more disturbing news. The problem wasn't restricted to the city Michael Moore made famous. Unsafe levels of lead had been discovered at more than 430 schools nationwide--including 30 in Newark, where water fountains were shut off in early March. As if they didn't have enough to worry about. According to Newark Kids Count, an annual report of the organization, Advocates for New Jersey's Children, 66 percent of young children from birth to age 5 live in low-income families, at 200 percent of the federal poverty line, and 42 percent in poverty.

The United States is not known for its stellar record on protecting children. We rank 26 out of 29 nations tracked by Unicef's Innocenti report card (don't you love the irony?) on five dimensions of well-being--among them, the environment. Only Romania stands above us on measures of child poverty. We haven't even signed off on the Convention on the Rights of the Child. The ninth clause of the preamble is pretty clear: "The child, by reason of his physical and mental immaturity, needs special safeguards and care."

We have other things on our mind. Like iPad covers. GriffinTechnology makes one called "Survivor." Designed to meet or exceed U.S. military standards for protection, it's made with sealable ports that keep out sand, dust, and rain. The device, an exemplar of American ingenuity, has a polycarbonate shell that minimizes impacts.

Military standards are high in our country--the Department of Defense child care system has long been the gold standard for quality. Guarding the homeland and its citizens takes high priority, especially in these hazardous times. But what about the millions of civilians under 5?

Our transgressions are many. I never tire of citing them: I'm like one of those old robo-calls, from which I've finally been liberated, having disconnected my ancient land line. Nor can I calculate how many polite dinner conversations I've interrupted. "America's poverty rate for kids under the age of 6 hovers around 22 percent," I'll blurt out. A pause ensues, a moment of awkward silence. "Really?" they ask. I especially like to mention the work of researchers Kathryn Edin and H. Luke Shaefer, who wrote $2 A Day. They'd discovered almost one and a half million living in what the World Bank calls extreme poverty, modified by the adjective we use to describe death-defying sport.

A Gallup poll released in 2014 compared perceptions of child well-being among the nations tracked in the Unicef report, linking them to the rankings. Eighty percent of Americans thought that most children in the U.S. have the opportunity to grow and learn every day. Sixty-six percent said they were treated with respect and dignity. Cognitive dissonance rules.

I soldier on. Sometimes, I'll throw out some other statistics. "Did you know that before Katrina, 40 percent of New Orleans's children under the age of 5 were living in poverty?" I wait a moment for everyone to take it in, and then deliver the coup de grace: "That rose to 65 percent after the storm." Of the Atlantic hurricanes in 2005, Katrina was the deadliest, our failure at protection the worst civil engineering disaster in U.S. history.

This failure to protect is getting to be a bad habit. Children are prone to something called toxic stress. The phenomenon--a neurobiological tsunami generated by inadequate adult support in the face of adversity--has become the ultimate signifier for America's uncomfortable conversation about the deteriorating state of the youngest generation. Physical abuse, mental illness, violence, environmental threats, and the burdens of family economic hardship. I'm cringing.

Certain kinds of stress are good for children--they build resilience and grit, which helps them to persevere under less than optimal conditions. But the toxic kind, if prolonged, can do major damage. Jack P. Shonkoff, director of Harvard's Center for the Developing Child, has been assessing the damage on the burgeoning infant brain for decades. Not only does this stress interfere with executive function, upending babies' capacity to plan, focus, and learn. The effects of what we've come to call such adverse childhood experiences can last a lifetime.

Our children live in a malnourished human ecosystem where the grownups are missing in action. I need to find another conversation to interrupt.