If you've dined out recently, you've probably noticed the increasing appearance of raw fish on restaurant menus. While ceviche and crudo have been leading the raw movement, the Hawaiian dish "poke" (pronounced POH-kay) has recently graduated to trend-of-the-moment status, delighting diners from sea to shining sea. These raw seafood dishes originate from different regions, but what really sets these plates apart is the way they're prepared. Get to know the most popular raw fish dishes cropping up on menus across the country.

Why the rise in poke popularity?
No longer just an island dish, poke cropped up at West Coast restaurants just a few years ago and spread quickly across the country. There are a number of factors that worked in its favor in its rise to stardom. Raw fish is now widely consumed and accepted by many for its health benefits. Poke also marries two major food trends of the past couple of decades: sushi and grain bowls. It's convenient, easy to make and offers variety.

Raw fish is popular in many parts of the world, including Latin America, Asia and North America. A variety of raw fish dishes exist, and it's the diversity of ingredients, sauces and flavors used during preparation that make each of them uniquely delicious.

Poke
So, what is poke? The term "poke" is a Hawaiian word that means "chunk" or "cut." Traditionally, the Hawaiian snack was a mix of raw tuna chunks, soy sauce, sesame oil and sliced green onions. Its rise in popularity has led to endless variations, with different types of seafood like salmon and yellowtail, plus sauces and garnishes like Japanese mayonnaise, wasabi, Sriracha, rice adding unique twists. What sets poke apart from other raw fish dishes, despite the many variations that now exist, is its cubed cut and simple Asian-influenced marinade.

Crudo
An Italian and Spanish word meaning "raw," crudo is how Italians enjoy uncooked fish: thinly sliced and drizzled with olive oil, an acid like lemon and seasonings. Crudo is an ingredient-driven dish and because of its subtle simplicity, the quality of oil used to enhance the fish is important.

Ceviche
A popular seafood dish in Latin America (particularly Peru), ceviche is made from raw fish that's marinated in lemon or lime juice and often tossed with fresh herbs, onions and chili peppers. The acidity of the juices lightly cooks the fish in the same way it would as if the fish were heated, changing its texture and taste. Because there's no heat involved, ceviche is served chilled or at room temperature. Snapper, halibut, seafood, shrimp and scallops are among the most common types of seafood used. Ceviche, which reached the United States in the 1980s, is generally more acidic and spicier than other raw fish dishes.

Raw seafood lovers can rejoice at the variety of dishes available on menus from coast to coast. Here are 13 delicious raw fish dishes that'll take you for a swim under the sea: 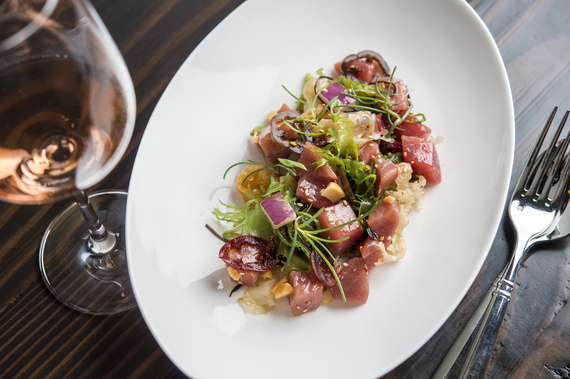 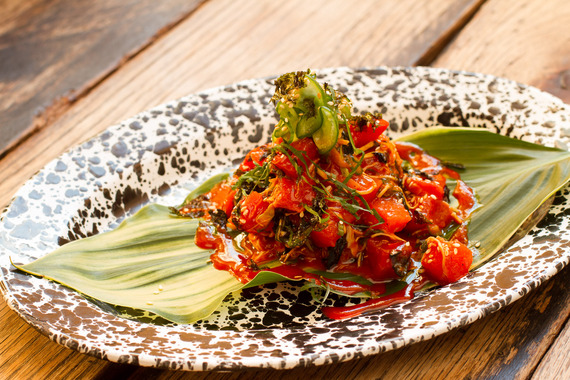 A Hawaiian soul food restaurant, A-Frame shows off acclaimed chef Roy Choi's creativity in its poke of the day dishes, which experiment with a variety of seafoods and toppings. 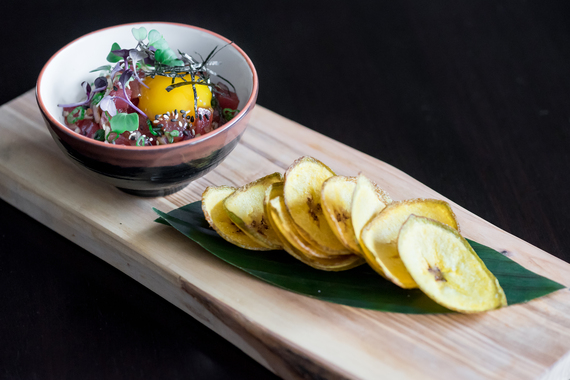 Arbella features small plates and snacks from around the world, including an ahi poke with tuna marinated in soy sauce, ginger, sesame oil and egg yolk, to pair with its notable cocktails. 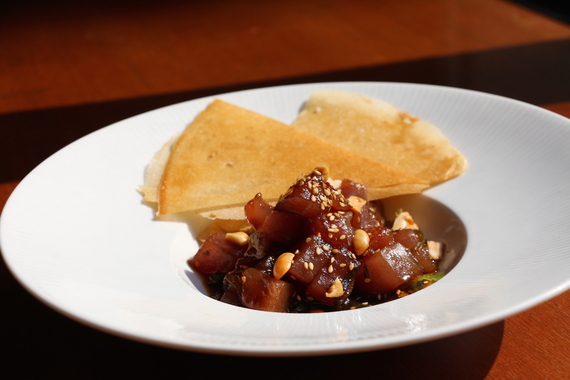 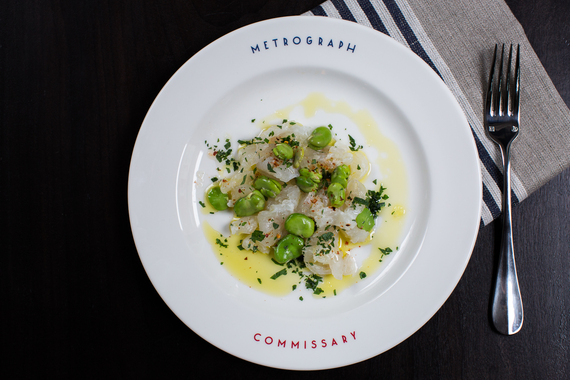 Photo provided by The Metrograph Commissary. Photo by Mirella Cheeseman.

A light, refreshing appetizer, the fluke crudo at The Metrograph Commissary is brought to life with fava beans, chili de arbol (a small and potent Mexican chili pepper) and citrus. 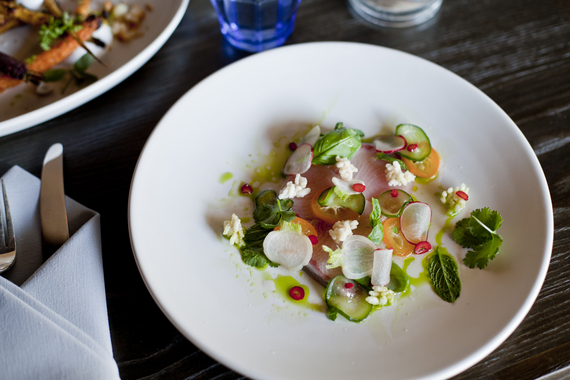 Reflecting the restaurant's seasonal, market-driven approach, the hamachi crudo at Wolf is decorated with nuoc cham (Vietnamese dipping sauce), kumquat (a small citrus fruit that grows in climates too cool for other citrus plants), radish, herbs and puffed rice. 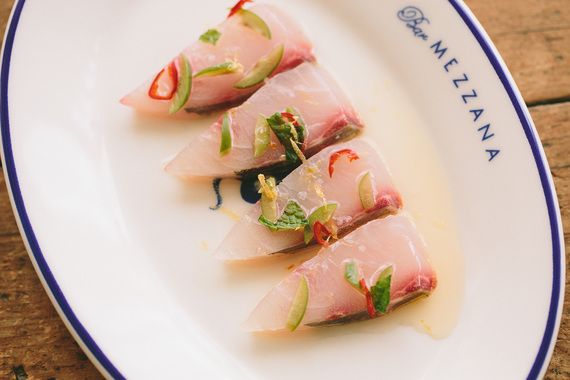 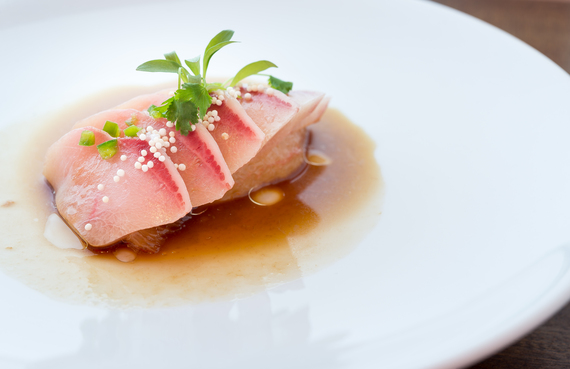 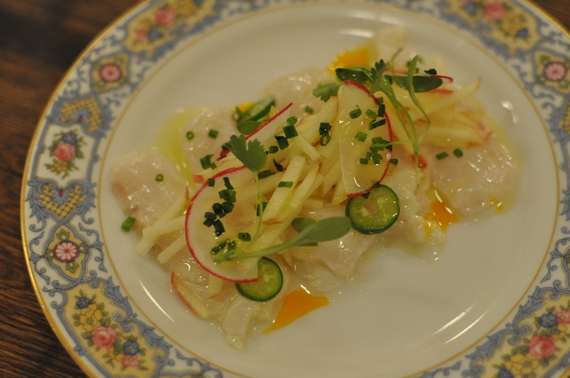 Fairsted Kitchen prepares its daily crudo dish depending on the market fish of the day, choosing garnishes like radish, avocado mousse, jalapeño and/or chraimeh (a blend of sweet and spicy tomato and chili) vinaigrette to enhance the flavors. 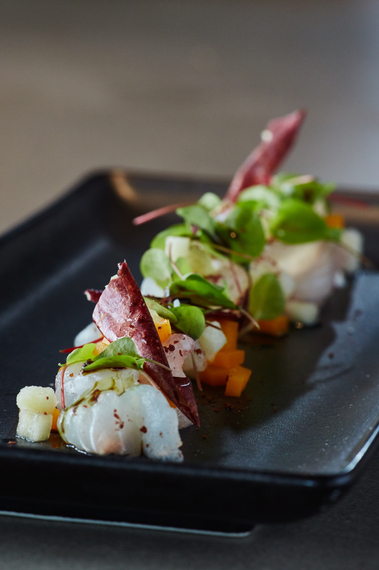 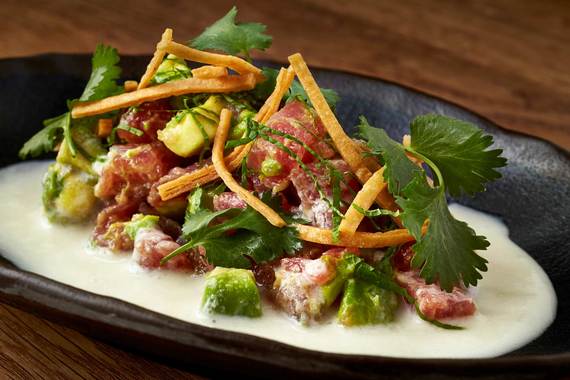 Pepita Cantina marinates its tuna in coconut curry and lime and tops it with avocado and corn nuts to deliver a unique, tasty ceviche. 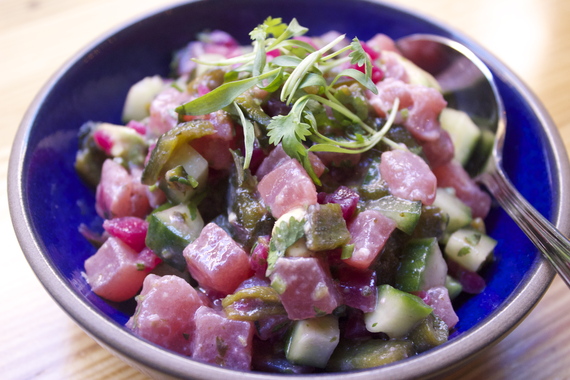 One of many highlights of Petty Cash Taqueria's innovative Mexican street food menu is its ceviche bar, which uses simple, traditional garnishes to allow the flavors of its seasonal catches like hamachi, shrimp and sea bass to shine through. 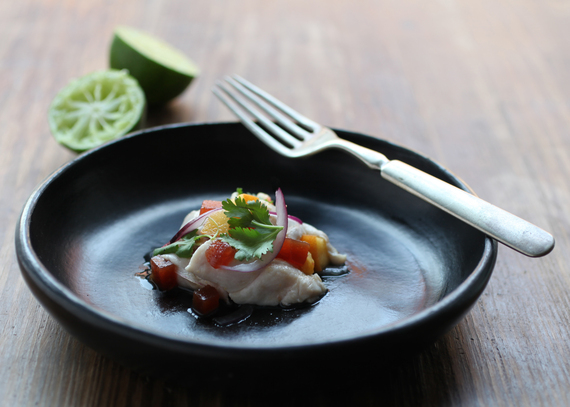 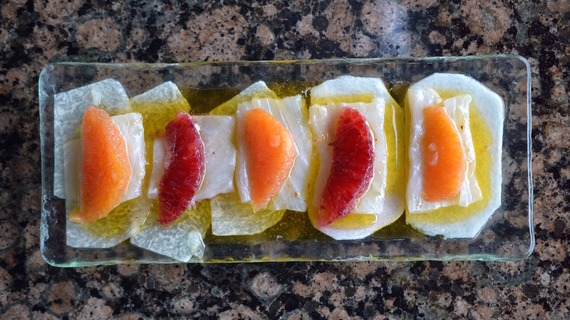 You might also like:
15 Sausage Dishes to Take You Around the World
4 Reasons to Get Caught With Your Hand in the Pickle Jar
Not Just for Breakfast: 12 Bomb Bacon Dishes