"Politics have no relation to morals." -Niccolo Machiavelli

Approximately five minutes into the brilliant 1995 Oliver Stone biopic Nixon, Stone portrays an infamous scene in which a rain-soaked White House is dimly lit by the occasional crackling of lightning. The scene is at the height of the of Watergate Scandal, and the cinematography portrays a Death Star-like aura around America's most famous building. The White House is corrupted by those inside, riddled with poor decision making, and infected by both greed and self-preservation.

We once lived in a world in which the major global superpower dropped more tonnage of explosives on little Hanoi than on Dresden during the Second World War. History does and will repeat itself, and the events in Europe seem to be moving far too fast for the diplomats who are making equally strange career- and systematic-ending decisions in terms of the exodus across the Aegean. Events in Poland this week pose the question whether more storm clouds are gathering over the European Union project. How much of this week's election result was due to the short-sighted European politicians who, in a haze of morality, have convinced themselves that they are dictating [through necessity] those who are too ignorant to heed their cries and despair of those coming through Turkey and across the Aegean Sea in search of a better life.

Those clouds that gathered over Nixon and the White House in 1974 were the result of the scandal and alienation of the American voters who were deemed incapable of grasping the political action needed to defeat the National Liberation Front in Vietnam and the Communist threat from elsewhere. Modern day European leaders are also political animals. They breathe the same air as those 1974 politicians who acted for the simple basic ends of survival masked by morality. They misread the same problems and find faulty solutions: Afghanistan, Iraq, Sudan, and Rwanda -- the list goes on and is riddled with the bodies of the slain. It is the end result of international posturing that ultimately lacks that most critical ingredient, substance. 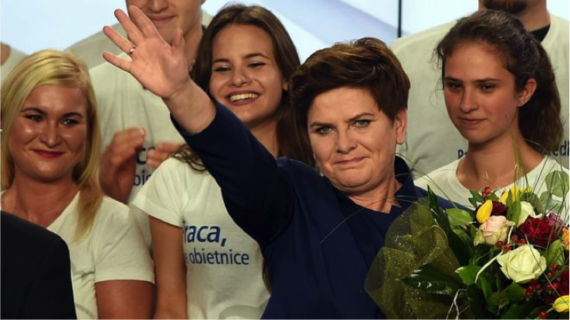 Angela Merkel's act to welcome so many despairing refugees into Germany was reported by many correspondents as a noble and moral stance to the crisis; however, the welcome seems to have potentially started a dangerous chain reaction in many southern and eastern European states who fear potential German and EU commandments and bullying.

Most readers had probably not heard of the Law and Justice party in Poland at this point last week, but now they likely have. Eurosceptic and socially conservative, the Law and Justice party focuses more on domestic issues than foreign ones, and platformed on the distribution of wealth inequality that negatively affects Poland's sizable poor population. What pro-European campaigners across the continent should be concerned about is the tone that Law and Justice used when Brussels proclaimed Poland's migrant quotas, to the surprise of so many unsuspecting states.

Poland has a horrendous relationship with Moscow, but more recent divisions have emerged with Europe, and most of these divisions can be traced to two rash calls made by Merkel and her supporters. These decisions triggered the one thing in politics which is difficult to stop: momentum. Very few media outlets reported on the mid-September mass demonstrations in Poland that sparked anti-refugree, anti-Islam, and anti-anything-not-Polish rhetoric. Merkel, whether she likes it or not, started something, and political commentators need to assess the impact of EU policy on this Polish election to see what is potentially ahead.

The first issue was the initial Merkel-Juncker bilateral welcome to the migrants. This placed numerous southern European states on the path to the refugee's promised land. These states were vilified and heckled by European delegates when they attempted to create some order to entry. Hungarian police were attacked, Slovenian borders stormed, and Croatia's border temporarily closed. All of these governments were reacting to potential domestic unrest which could trigger the end to their own regimes, and rightly or wrongly Merkel has placed these states in the crossfire of anarchy. How else did she envisage these desperate people making it to the Austrian, German, or Swedish border? 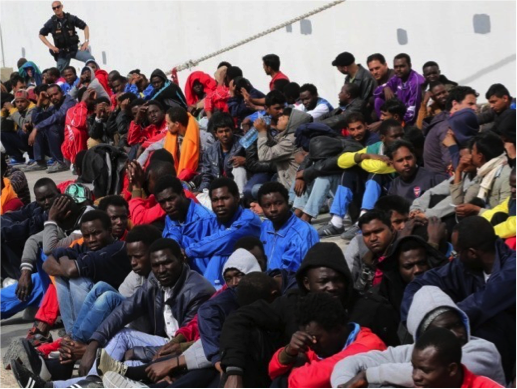 Secondly, the migrant quotas directly undermined sovereignty. Poland's acceptance of a mere 7,000 migrants -just 1.5% of the total 480,000 that had entered Europe by mid-September- managed to become a key factor in the country's election debates. This should concern the European Union and awaken them from their moral blitz on any nation questioning the EU manifesto. Upcoming elections in Croatia could be another signifier of growing discontent. 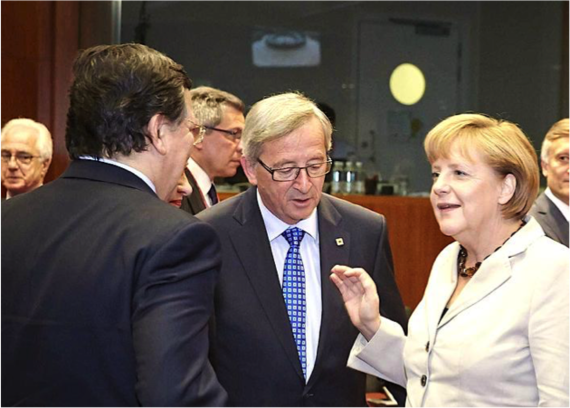 Merkel also faces growing criticism for her rapid retreat into border controls just a week after claiming it was an open door. She was a mother and savior just a week before, but politics is a fickle business, and those churning the mud of central Europe demand quick movement between states. With such inconsistency it might be suggested that Europe's most powerful nation and the governing body of most of the continent has no plan at all. With continued refugee compounds attacked and one mayoral candidate tragically attacked already, it's clear that not all Germans agree with pro-Europe Merkelism. The Germans are stretched financially in terms of housing an astronomical numbers of people, and only Austria and Sweden are seemingly fully onboard with Merkel's plan. The next domino seems like a pro-conservative shift in the east.

As already hinted, Romania, the Czech Republic, Slovenia, and Hungary's quotas were rejected, and these countries were vilified by the German government and the EU machine in an attempt to change their course of action. With a surprisingly high 39% of the vote, potential new prime ministerial candidate Beata Szydlo is now laying the groundwork for a new Poland, but who knows what the election would have looked like without European meddling into sovereign politics, galvanizing the public's fear and anger towards foreign dictation, immigration, and austerity.

Left and right politics are beginning to emerge again in Europe, redefined by an agenda few of us imagined twelve short months ago. Fueled by idealist EU demands and a forced morality on the unwilling, perhaps Merkel was right, but what she has started could be a set of unforeseen externalities that permanently alter the face of European politics for years to come. The storm clouds are gathering.