Is this polar bear caught up in the latest fitness craze, or just posing for the camera?

Photographer Paul Goldstein captured the frolicking polar bear on July 20 on an expedition to the Arctic island Spitsbergen in the Svalbard archipelago.

The photos were "taken at five in the morning having been up all night," Goldstein explained. "This female was trying to pinch a seal kill from a larger male bear who, understandably was not giving up his spoils." 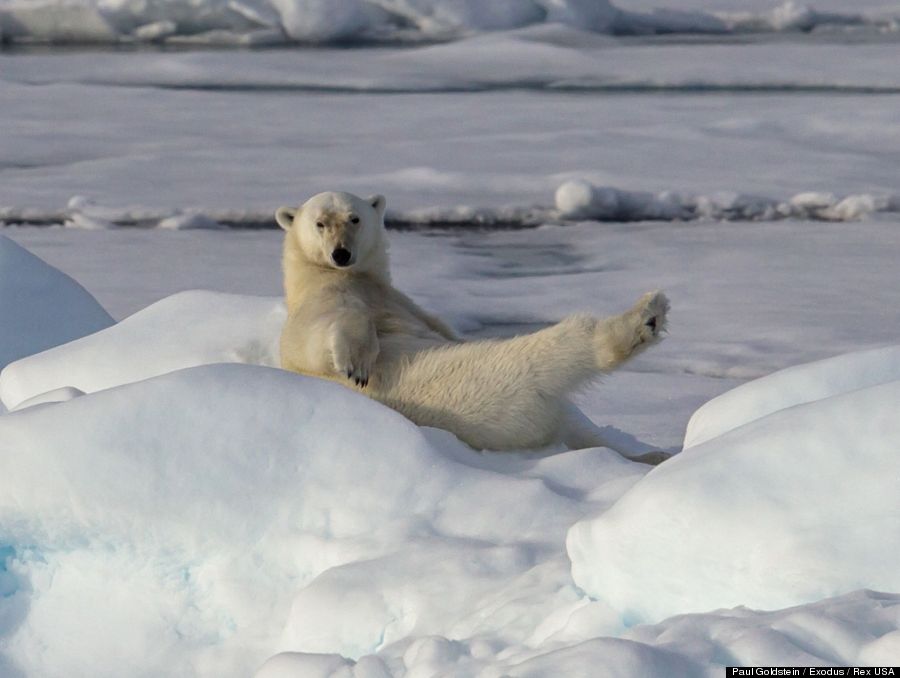 "She spent a few minutes stretching and grooming which appeared very much like an early morning exercise class," he wrote. "In 24 hour daylight it can be exhausting with your eyes permanently trained to a scope or binoculars, but to find a bear in this sort of environment is massively exciting." 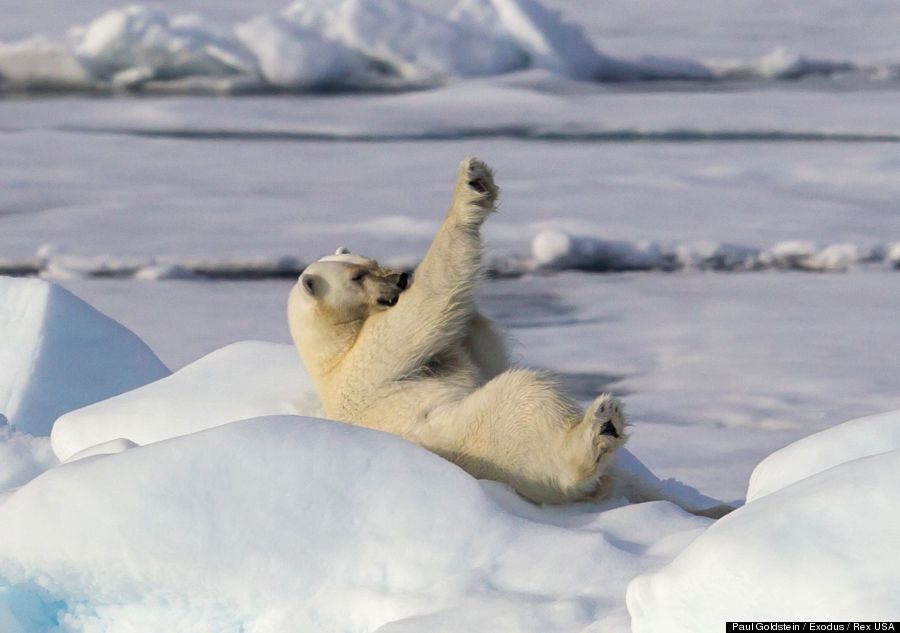 Many females are found along the east coast of the island, "actively hunting to feed their growing young," according to Norway's national polar research institute. Males also come into the area, where "competition for mating is intense."

The organization warns that humans "should never move around in polar bear territory without being well prepared." On average, three bears were killed each year between 1993 and 2004 in encounters with humans on Svalbard. 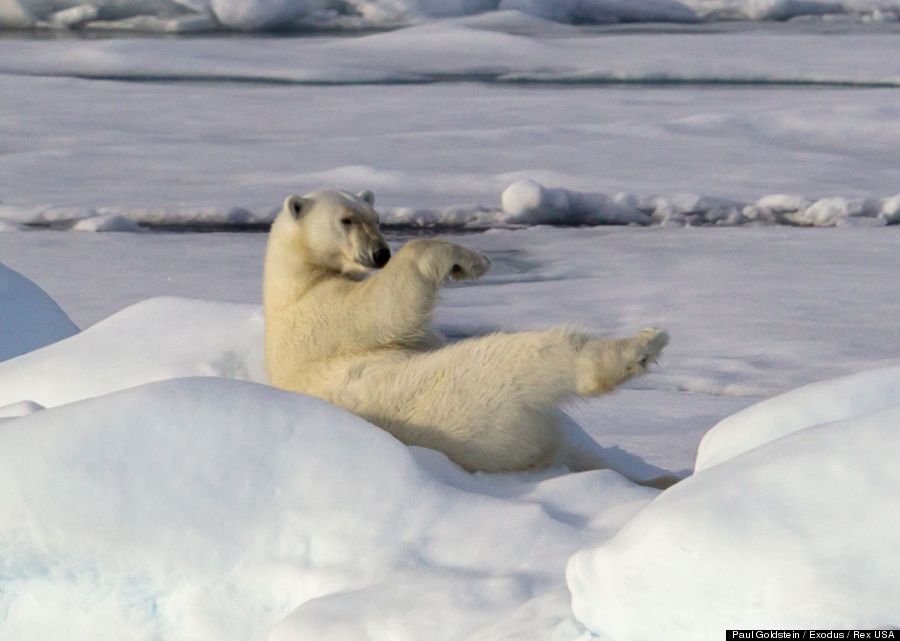 Polar bears -- which are classified as "vulnerable" by the International Union for Conservation of Nature -- are also threatened by a changing climate. 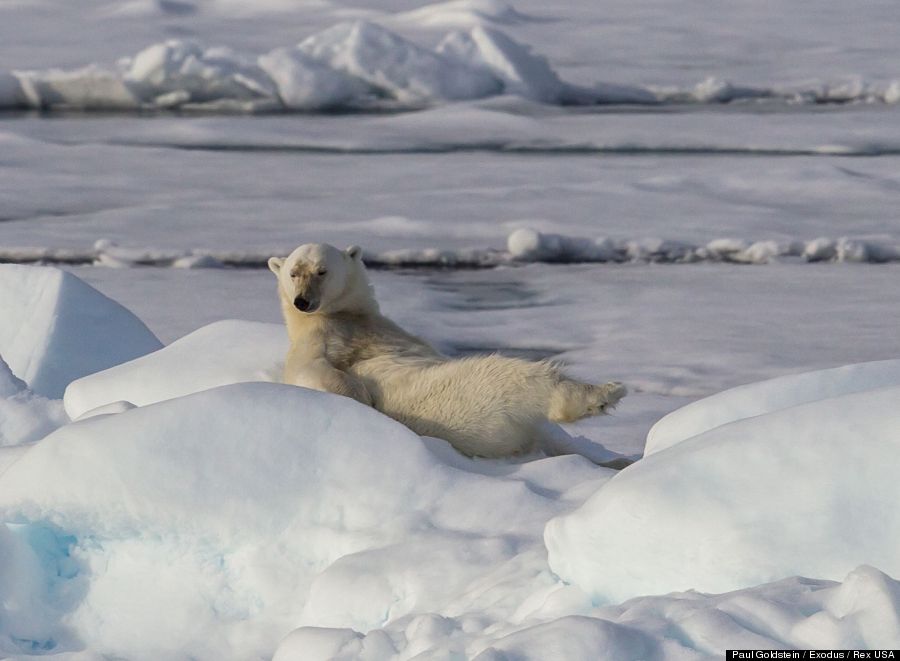 As Arctic sea ice melts, the bears' range for hunting seals is limited. The ice expands and contracts with the seasons, but summer melting in 2012 set a new record.

A dead polar bear found in southern Svalbard in July seemed to have starved despite its healthy appearance to researchers in April. A renowned polar bear expert said the decline of sea ice in the Arctic probably led the animal on a long, unsuccessful search for food.

"Attributing a single incident to climate change can be controversial," The Guardian noted, but other experts stressed that long-term changes in the Arctic threaten polar bears' survival. 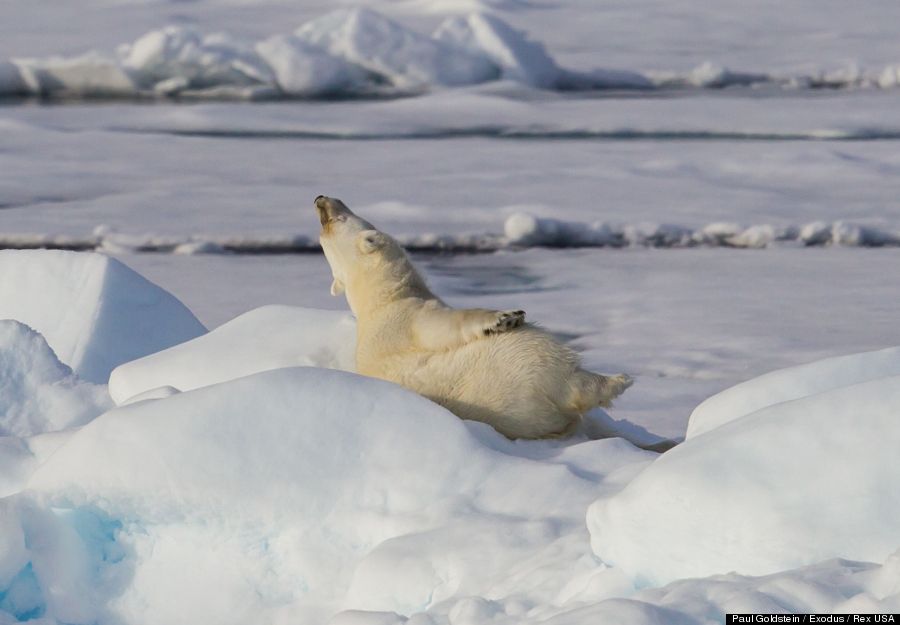 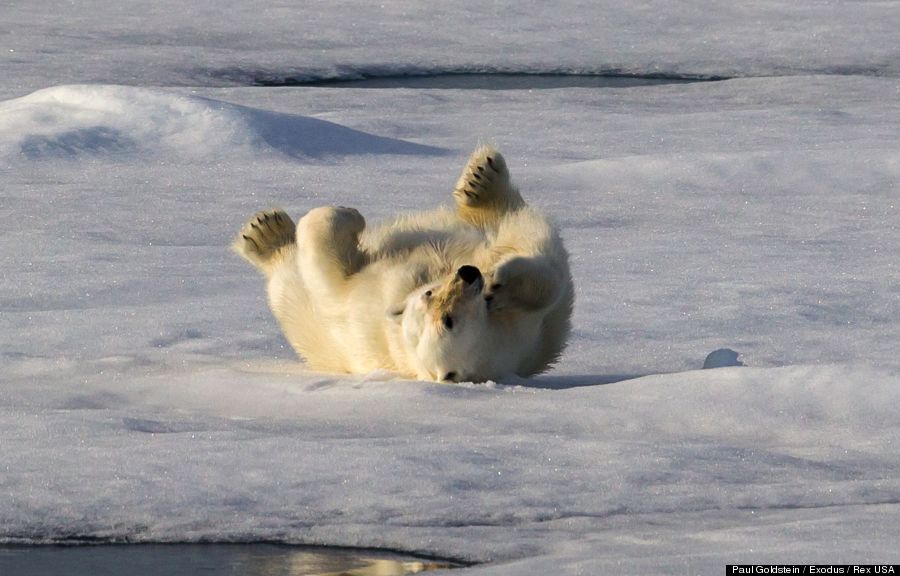