As we write this, a polar vortex is swooping down from the Arctic and clutching much of the upper U.S. in its bitter embrace.

Called a "punishing blast" by one weather reporter and an "icy invasion" by another, the understatement award goes to a Weather Channel senior meteorologist who says, "It's going to be a shock." 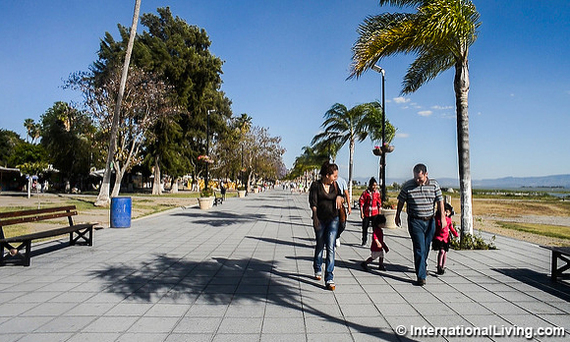 The Malecon in Ajijic, Mexico
Yes, we'd say so. Anything below 50 degrees above zero is a shock to us these days. Temperatures as low as -30 F to -40 F -- which is what's predicted for upper states from Montana to Michigan -- well that's a bit more than shocking. That's a death sentence should you be caught unprepared.

The term "polar vortex" is one we'd not heard until just a couple of years ago when, suddenly, it was bandied about everywhere. And now, unfortunately, it's commonplace.

Sure, as kids we trudged eight miles to school through seven feet of swirling blizzard-y snow ... but never did we do that in temperatures that can freeze your eyeballs. (Yes, that can happen at -40 F.) 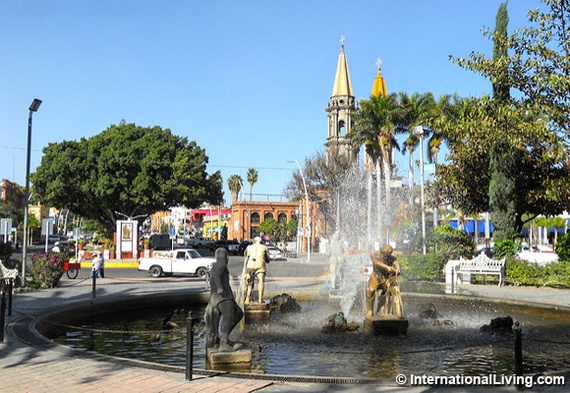 The Town of Chapala, Mexico
Scientists say "Get used to it." This freezing freak of nature will be a more frequent visitor in coming years, especially if you live along the U.S. east coast. The science behind it is complicated, but apparently, you New Yorkers ... and everyone else in the upper States for that matter ... should "Beware the Ice of March"... The vortex is likely to strike yet again in the Spring, with all its frigid fury.

Do a Google search and you'll find a plethora of warnings telling you to "brace yourself" and enlightening you about how to prepare...

Get out there and wrap your pipes, people. Caulk your windows. Check your furnace. Buy a new car battery. Pile on the layers and top them all with a down-filled parka. Don't forget the snow boots, the mittens and scarves, the trapper hats...

And while you're at it, stock up on some extra money to help you pay for all this.

If we could join the rabble rousers for a moment and chime in with a singular survival technique of our own:

Get the heck outta there.

There are so many more suitable places for a retiree to be these days than in the middle of the frozen tundra.

Go south. Anywhere in the Tropics will do. 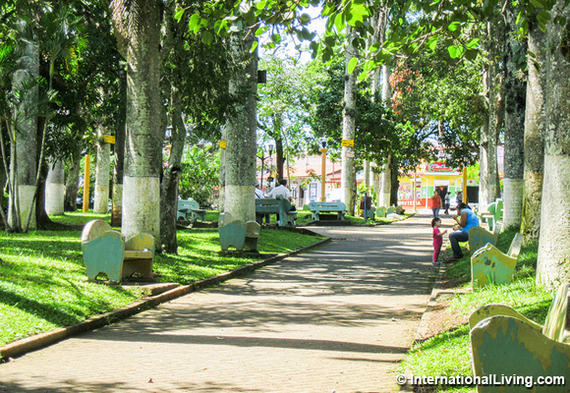 Atenas Town Park in the Central Valley, Costa Rica
Defined as the areas of latitude nearest the equator between the Tropic of Cancer (about 23° north) and the Tropic of Capricorn (about 23° south), you'll find a far more suitable climate. Never, ever...except perhaps on the highest elevations of a distant snowcapped peak ... will you find temperatures below freezing. Instead, you'll typically find daytime temperatures hovering anywhere from 70 F to 90 F.

If you like warm, sultry temperatures, you'll find them in coastal areas of the Tropics. If you prefer a more moderate climate, head for the mountain areas. Today, in mid December as we write this, it's a lovely sunshine-y 70 F here in Ajijic, Mexico on the north shore of Lake Chapala. (The perfect weather is why this area is home to the world's largest overseas community of U.S. and Canadian retirees.)

And they're not just in it for the weather. They're also escaping the money drain ... the "flushing your retirement dollars down the toilet" vortex.

Think of how much less your annual budget would be if you weren't burning money in your furnace every winter ... or spending it on air conditioning in the summer, for that matter. That extra $200 to $300 or more a month adds up ... and it's an amount that goes far in any of the most popular tropical retirement destinations. 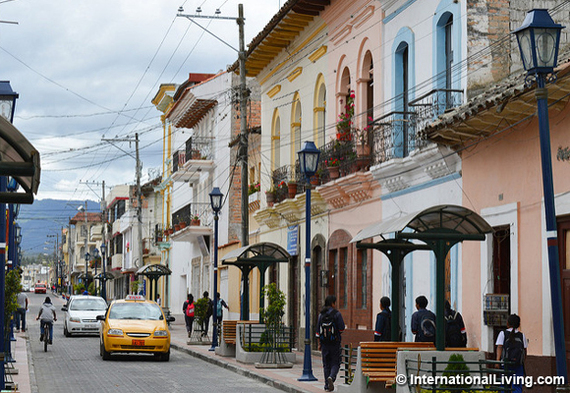 Cotacachi, Ecuador
Depending on your lifestyle needs, a couple can live very well on a budget of $2,000 a month in a place like Lake Chapala or Costa Rica's Central Valley. In our home base of Cotacachi, Ecuador, you'll find it hard to spend that amount ... Unless we've been traveling, we've rarely spent more than $1,400 a month there. And we dine out often, with wine and (sometimes, guiltily) dessert.

But of course, life is not all about weather or money. It's about friends and family and living as happily as possible. The money surely helps, though. With what we save every month, we can easily go back to the States often to visit family. And the friends we have here are the best ... an easy-going, happy, adventuresome bunch that love life.

And why wouldn't they? They're surely not worried about any threatening vortexes.