Stolarik was covering the protests at the World Financial Center when police blocked him from getting shots of people being arrested. One police officer shoved Stolarik when ordering him off the stairs, and another pushed him back with a baton. The scene begins at 2:00 in the footage below.

The aggression set off a testy exchange between the police and Stolarik, who took down one officer's badge number. He later told the Village Voice that he had identified himself as a member of the press to the police, and had his press pass out. "It was clearly visible and he was very aware," he said. "That guy clearly didn't follow the departmental directive from Kelly."

Stolarik's scuffle is the one of the latest in the ongoing showdown between the police and journalists covering Occupy Wall Street. The crackdown began in November when police arrested or acted violently towards journalists in a surprise raid on Zuccotti Park, and again days later.

Since then, NYPD Commissioner Ray Kelly has warned police officers against intentionally blocking journalists from photographing news in public places. The New York Times is also one of several news organizations that recently wrote to city officials complaining about police mistreatment of journalists. 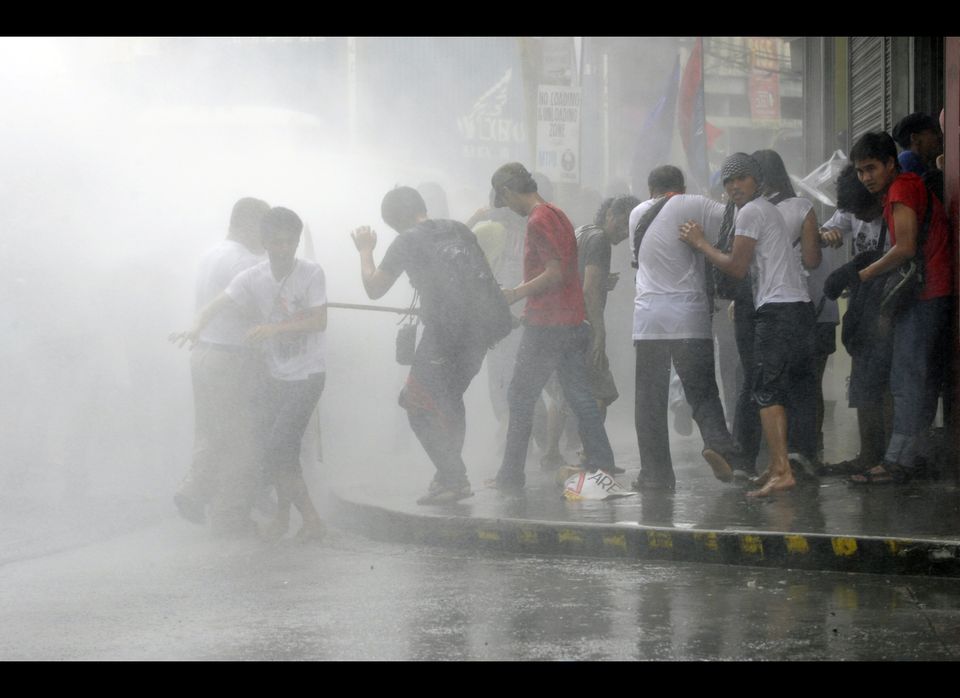 1 / 14
Occupy Movement
Anti-riot policemen clash with student protesters as they tried to march for the second day to Malacanang Palace in Manila to camp out on December 7, 2011. Philippine riot police fired water cannon to break up a protest by around 300 college students inspired by the Occupy Wall Street movement in the US, organisers said. AFP PHOTO / JAY DIRECTO (Photo credit should read JAY DIRECTO/AFP/Getty Images)
Getty