A police officer from Pennsylvania has become an Internet hero after a picture of him carrying an injured German Shepherd went viral.

Patrolman Nick Ague was making sure that the dog got back home on Sunday after she fled from a vehicle that had been involved in a crash, the South Londonderry Township Police wrote on Facebook. 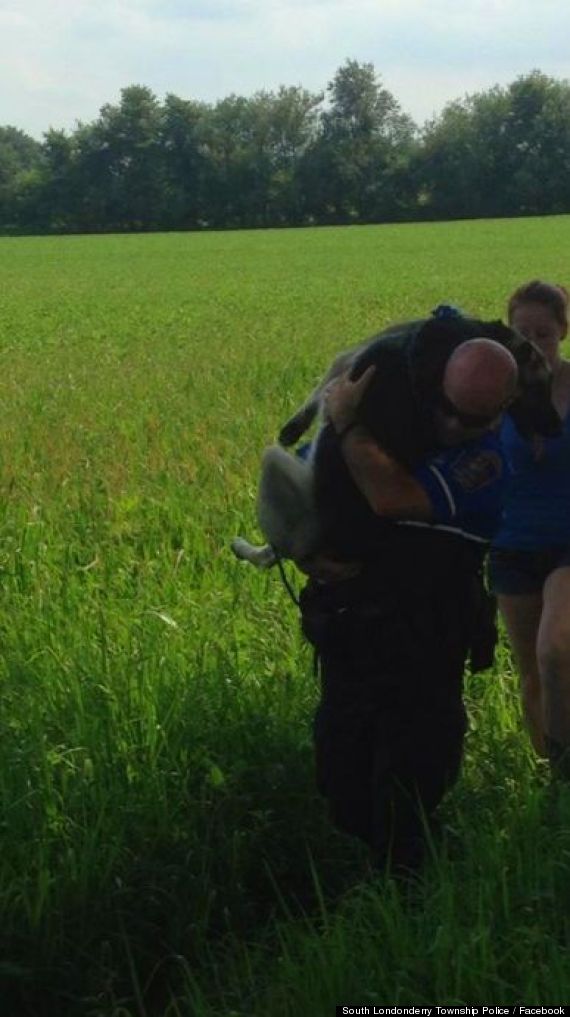 When officers caught up with the German Shepherd, the dog was not willing to walk.

"The dog was not moving because the skin on the pads of her feet was hanging, presumably because of the distance she ran," Ague told ABCNews.com. "She ran two miles from the crash on hot asphalt."

So Patrolman Ague carried the 75-pound dog, who he later learned was called Mya, about 100 yards to her owner's car.

"Thank you so much for going above and beyond your duty!!" one Facebook user wrote. "God bless you Officer Ague!!!"

The patrolman, who also owns a German Shepherd, told ABC that as "a huge animal lover," he had no choice but to save Mya.

"Just putting myself in the owner's shoes, I would not want to be in that situation," he said. "I tried to right any wrong and do what I hoped someone would do for me."