Audio clips and photographs taken by police officers at the scene of a brawl involving the family of former Alaska Gov. Sarah Palin were released Tuesday by the Anchorage Police Department.

The Sept. 6 melee was initially reported by police as a fight involving around 20 people at a South Anchorage home. Homeowner Korey Klingenmeyer ​was hosting a birthday party for his son and twin brothers Marc and Matthew McKenna. Palin's husband, Todd, a friend of the McKennas, was also celebrating his 50th birthday. 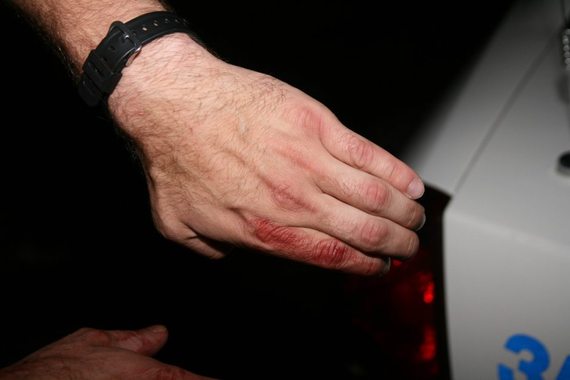 According to witnesses, the Palin family arrived at Klingenmeyer's home in a Hummer limousine and were involved in the brawls that took place later that evening.

At least two fights took place, according to witness statements -- one in the street in front of the home involving Todd Palin and son Track, and another behind the home, where multiple witnesses said they watched daughter Bristol Palin punch Klingenmeyer repeatedly in the face.