If you live vicariously though your books, you may find it maddening that it's impossible to determine exactly how an author intended your beloved characters to look. Is Humbert Humbert as creepy as his name (not to mention actions) imply, or is he "an exceptionally handsome male; slow-moving, tall…"? Was Edward Rochester swoon-worthy in spite of his "firm, grim mouth"?

Although Dickensian illustrations and Victorian film adaptations may hint at a graphic interpretation of an author's intentions, writer and artist Brian Joseph Davis has opted for a more formulaic approach. His latest project, The Composites, uses law enforcement composite sketch software and physical descriptions from novels to create haunting, and probably accurate pictures.

We have to say, Flannery O'Conner's Misfit looks deceivingly trustworthy. More so than Humbert Humbert, anyway.

"At a glance, the entirety of his self description amounts to 'I have a crew cut,' he writes on his Tumblr. "Ditto for Kilgore Trout, and as a Vonnegut fan I kind of knew that he had a workmanlike approach to description but I did go back and look. Please respect the authors’ stylistic choices but do keep sending in other suggestions."

Check out these police sketches of literary characters: 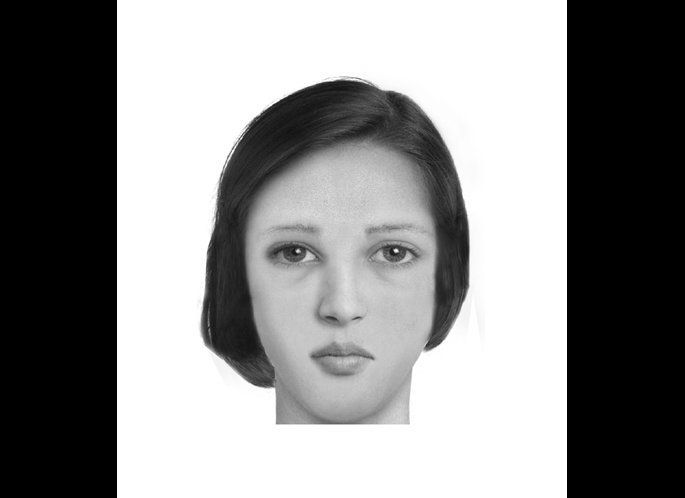 1 / 13
Tess, "Tess of the d'Urbervilles," Thomas Hardy
She was a fine and handsome girl--not handsomer than some others, possibly--but her mobile peony mouth and large innocent eyes added eloquence to colour and shape... The pouted-up deep red mouth to which this syllable was native had hardly as yet settled into its definite shape, and her lower lip had a way of thrusting the middle of her top one upward, when they closed together after a word...Phases of her childhood lurked in her aspect still. As she walked along to-day, for all her bouncing handsome womanliness, you could sometimes see her twelfth year in her cheeks, or her ninth sparkling from her eyes...a thick cable of twisted dark hair hanging straight down her back to her waist. (Multiple suggestions)