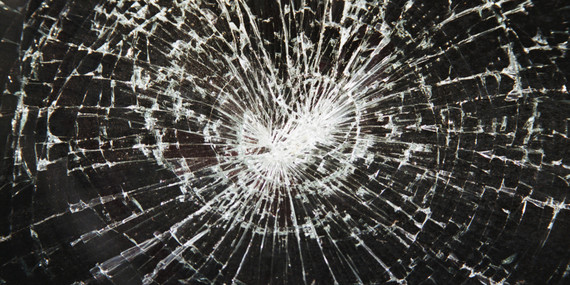 On Thursday, November 20, Akai Gurley, 28 years old and a former client of ours at Brooklyn Defender Services, was shot and killed by probationary Police Officer Peter Liang. Liang was patrolling an apartment complex in East New York -- gun in hand. The NYPD has preliminarily described the shooting as "accidental," and referred to Mr. Gurley as a "total innocent."

Earlier that same night, another former client, Donovan Lawson, 20, was beaten over the head by an NYPD officer inside the Myrtle Avenue JMZ train station so brutally that bystanders were sprayed with Lawson's blood. According to the NYPD, Lawson had attempted to gain entry to the subway system without paying his fare.

In October, Jasmine Lawrence, 22, another client, died in police custody at the 79th Precinct in Bedford Stuyvesant after being arrested on a marijuana charge. The officers there refused to provide her with needed medication and she died at the precinct about two hours after she had arrived, alone, unmonitored in a holding cell.

In July we received news of yet another BDS client, Andre Lane, 27, who, while locked in solitary confinement in a Rikers Island cellblock reserved for people with mental illness, was handcuffed to a gurney, transported to a medical clinic inside the jail complex out of view of security cameras and beaten so badly by a group of guards that the walls and cabinets of the examination room were still stained with his blood the following day.

Far from the bad-appleism blamed by City officials whenever anything goes wrong enough to push an issue into the public discourse so far as to demand a response, these deaths show indisputably a form of institutional neglect and announce, resoundingly, that not all lives are considered equal here in New York City. The Malcolm X Grassroots Movement has been tracking the racial disparities in police killings nationally for a number of years, finding that every 28 hours a Black person is killed by law enforcement or other agencies and individuals empowered by the state. Earlier this year the Vera Institute published a study detailing how outcomes for defendants at the Manhattan District Attorney's office were determined, in part, by race.

This institutional neglect and structural racism can be seen in the City's official response to the two previous deaths that occurred this year in the Louis H. Pink Houses. Rather than address any possible root causes of crime -- many of which are, after all, established by the City's economic, social and criminal justice policies -- the City sent in an influx of police officers (including Peter Liang) to make more quality-of-life arrests; it is only in the public relations effort to excuse and rationalize Gurley's death that the City has found the resources to fix stairwell lighting that residents have been complaining about for years.

It is disheartening that our client's death has now been blamed on the simple failure to change a light bulb and that officials believe that the trivial act of repair will make up for the tragic death of a human being doing nothing more than walking down the stairs. It is unacceptable that the police believe this to be a good answer to the abject horror caused by their decision to send unqualified, unsupervised, armed police officers to the Pink Houses -- a housing project that is bound to inspire fear in rookies because of the negative way in which it is portrayed at the precinct. It is abhorrent to us that the police allow officers to do routine sweeps of residential apartment buildings with their finger on the trigger of a deadly weapon.

Mr. Gurley's death echoes the deaths of Timothy Stansbury, in 2004, and Nicholas Heyward, Jr., in 1994 -- 10 and 20 years ago, also in Brooklyn. Both Stansbury, 19, and Heyward, Jr., 13, were killed in dimly-lit NYCHA stairwells by NYPD officers who mistook them for threats. Following Stansbury's death, now-Brooklyn Borough President Eric Adams, then an NYPD Lieutenant, demanded a review of the policy that allowed officers to patrol with weapons drawn. 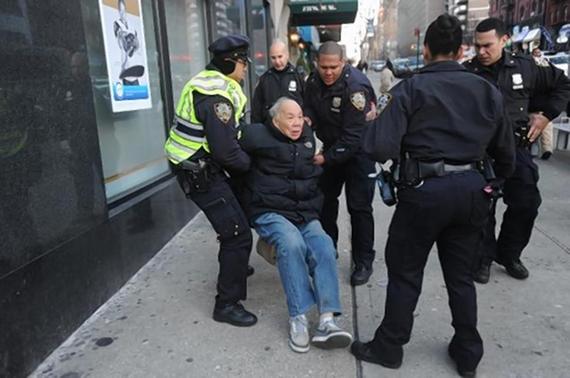 For the past two decades the NYPD has run rampant over the City, arresting a staggering number of people -- 100,000 each year in Brooklyn alone (1 million people over the past decade) -- for mostly very minor transgressions. The majority of these arrests are of young Black men. The most frequent arrest in New York City is marijuana possession, with 86 percent of those arrested for the charge being people of color despite national statistics that show White people are more likely to possess the drug.

Every police encounter causes harm to the person arrested and his or her family. Even a few hours in detention can cost someone their job or lead to deportation. And, as the cases detailed above show, there is a real risk of serious medical neglect and even death any time an indifferent police force or corrections department has custody of anyone -- particularly the most vulnerable people: the mentally ill; the infirm; the young. It is time to limit these encounters to only the most extreme cases of violence and criminality.

Mayor de Blasio has acknowledged that "Broken Windows Policing" has caused serious rifts between the police and poor communities of color in the City of New York. Yet according to our statistics, and those of other organizations, there has been absolutely no reduction in the number of low-level misdemeanor arrests since he took office -- the very actions that most clearly antagonize this relationship.

Until there is a serious reevaluation of the role of the police, the courts, the Department of Corrections and state prisons in mitigating social conflict -- combined with significant policy changes -- we must unfortunately continue to steel ourselves for the inevitability of more funerals.