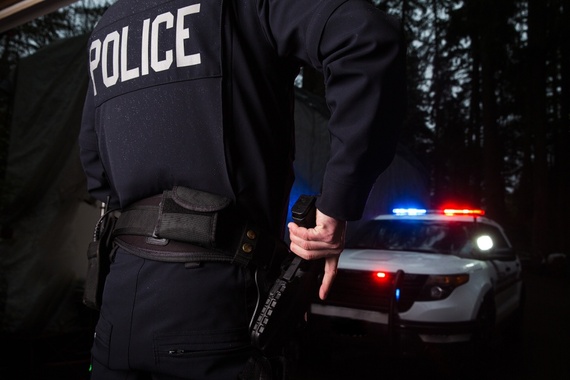 It seems that every day, we wake up to another headline about police violence or tense race relations in our country. There is constantly another shooting, another riot, another protest or another politician on TV explaining why their point of view is the correct one. Is this an issue of unconscious biases getting in the way of the "serve" half of the "serve and protect" motto originally made famous by the Los Angeles Police Department? Or is it an issue of poor judgment on behalf of individual police officers and entire departments across the country? Or are they triggered by the poor judgment of the victims that generates a reflexive reaction on part of the officers?

The answer need not be as complicated as it may seem. Poor judgment stems from implicit biases not being understood or addressed in a practical way.

"Let's acknowledge that implicit bias still exists across society and even in the best police departments," said Hillary Clinton in a Philadelphia address in early July, following the shooting of five Dallas police officers. "We have to tackle it together."

Implicit bias, especially in regards to the members of our country's police force, is not an idea that appeared overnight. The phrase has made a sudden resurgence in the media, but it's a phenomenon that has been studied at length in an attempt to quantify and understand it. It can be easy to take this phrase implicit bias and view it as an inherently negative or inaccessible thing. Someone may hear implicit bias and mistake it for a synonym for "racist" or "evil."

The truth is, however, that we all have implicit biases. It is impossible to go through life without being affected by your experiences, background or belied systems. It's the actions we take and the poor judgment we exercise as a consequence of not being fully aware of these biases where the problem truly develops.

Most of the choices we make in life are decided in less than few minutes. For some, these choices can affect what clothes they'll wear that day or what route they will decide to take to work. For others, including members of the police force, these decisions carry far more weight. In less than few moments, they have to choose how to react under pressure -- whether or not to ready their weapon, to pull the trigger.

The U.S. Department of Justice and other organizations, such as Airbnb, have been pushing for programs that will train their employees to discover and confront their biases, because they recognize an important truth: not doing so can lead to poor judgment, and far-reaching consequences for any individual or organization. The methodology comes from a new take on an old, familiar method from grade school with one extra character.

The ABCDs Of Judgment

As human beings, we are constantly in the business of judging. We are judging ourselves, others and our actions. Learning about the neuroses and experiences behind the snap judgments we make is a vital part of being able to predict, own and improve our behavior. To do this, it's important to become aware of our:

Our judgment is a complex product of our ABCDs. Our Assumptions -- the set of conditions that we choose consciously or unconsciously for the purpose of aiding or making our decisions, our Beliefs -- an enduring set of convictions that we hold to be true, our Conditioning -- the way we go about operating in the world that includes our habits and last but not the least, our Drives -- those impulses that stem from our survival instincts of fear, greed and ego.

Increasing our awareness through reflection is the first step in managing our impulse control and enhancing our ability to open new possibilities for discernment and choice in our lives.

The Next Step In The Right Direction

In recent years, police departments have been calling for and testing the waters when it comes to unconscious bias training. However, that is only one small step in the right direction. Good judgment, much like a muscle, is something that needs to be exercised in daily life to make stronger.

Instead of trying to eradicate bias completely, it's time to focus on the more practical aspects of the bias issue. No program in the world can strip someone of their biases, and to operate with the end goal of creating bias-less, completely neutral people is both a waste of time and a critical overlook of the bigger picture.

We can, however, start teaching people how to recognize those biases and to take a more mindful approach to judgment when these biases appear in their everyday lives. Opening the hood of a car and shining a light inside will typically allow a savvy mechanic to see what the problem is. It isn't until they have access to a toolkit and practice the actual skills for repair that any difference can be made.

It's not just deconstructing someone's mind and helping them realize why they think and act the way they do that will cause change, it's also handing them an easy to adopt framework and providing them the space to practice putting the pieces back together in a productive way that can.