USA is dabbling in politics with its upcoming star-studded six-part series "Political Animals" (premieres Sun., July 15, 10 p.m. ET). The series follows the Hammonds, a family likened to U.S. royalty much like the Kennedys, who have just as much drama and scandal happening behind the scenes.

Elaine Barrish Hammond (Sigourney Weaver, in her first series regular role on TV) is the former First Lady who's since divorced her philandering husband, Donald "Bud" Hammond (Ciaran Hinds), and has moved on to become Secretary of State.

Elaine considers herself in the same company as Eleanor Roosevelt, Cleopatra and Elizabeth I as a strong female leader, and she's not about to let drama with her two sons (played by James Wolk and Sebastian Stan) and her mother-in-law (Ellen Burstyn), crises in the State Department or a determined D.C. journalist (Carla Gugino) bring the family down.

We've got the exclusive first look at the key art poster for "Political Animals," which was created by Greg Berlanti, who wrote and directed the pilot.

Take an exclusive look at the "Political Animals" poster and watch the trailer below, then tell us: With this being an election year, would you vote for this family? 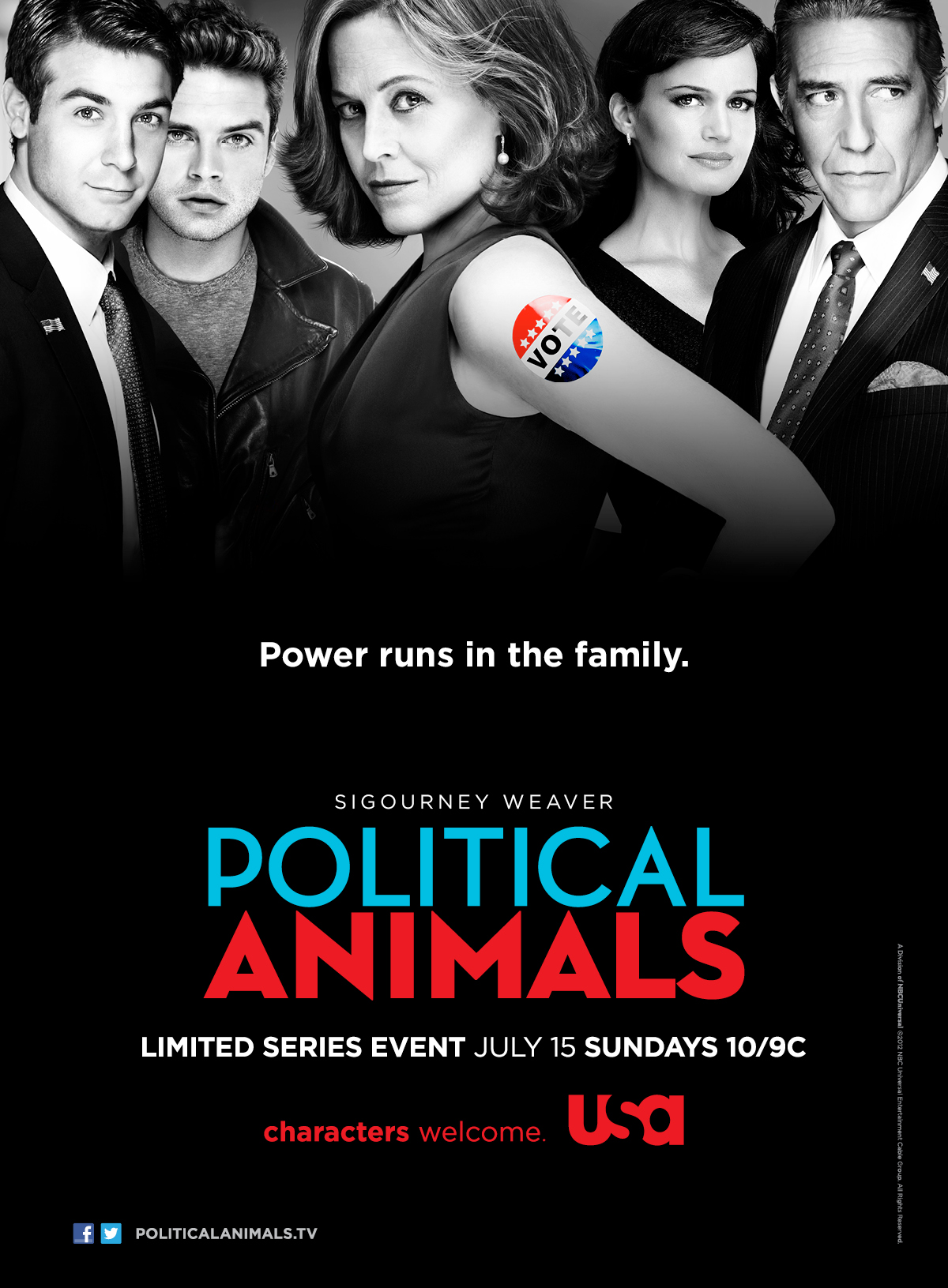