This winter, millions of Nepalese children are at risk of losing their lives as a result of a political squabble between India and Nepal.

I just returned from a 10-day visit to Nepal. I had been to the country numerous times before--as the U.S. Ambassador to the U.N. food and agriculture agencies, and as a U.S. Congressman before that. However, this was my first trip to the country since the devastating earthquake in April. Now, the population is facing the terrifying triple-challenge of shattered infrastructure, an upcoming winter, and a troubling blockade on the Nepal-India border.

While infrastructure will take time to rebuild and winter is unavoidable; the blockade is endangering the lives of millions of Nepalese, especially vulnerable children--and it is avoidable.

Nepal recently rushed the passing of a new national constitution after many years of deadlock, angering groups in both Nepal and India. Among the contentious issues in the document are provisions that make it difficult for single mothers to pass on citizenship to children, decrease "proportional representation" for disadvantaged minority populations, permanently abolition Nepal's official status as a Hindu state (a carry-over from the interim constitution), and establish seven provinces under a new federal system.

Protests erupted, leading to 40 deaths and the virtual closing of the border between India and Nepal. The Government of Nepal accused New Delhi of an unofficial "trade blockade." The Indian government contends that there is no blockade in place, but there are delayed deliveries of petrol, propane, medicine, and other supplies to Nepal due to security concerns. There are also reports of protesters on both sides of the border disrupting the transit of trucks between the countries. Of special note are the Madhesi people, who live close to the Indian border, often closely identify with their Indian neighbors, and feel the new constitution disproportionally impacts them in a negative way.

The result has been shortages in essential--sometimes life-saving--goods necessary for the day-to-day lives of Nepalese families. Many of these families are still living in temporary emergency housing after losing homes, family members, and livelihoods to the April earthquake. The Nepalese government has implemented rationing of fuel. While in Nepal, I witnessed a line of vehicles that had been waiting for days to access one of the few supplied petrol stations. 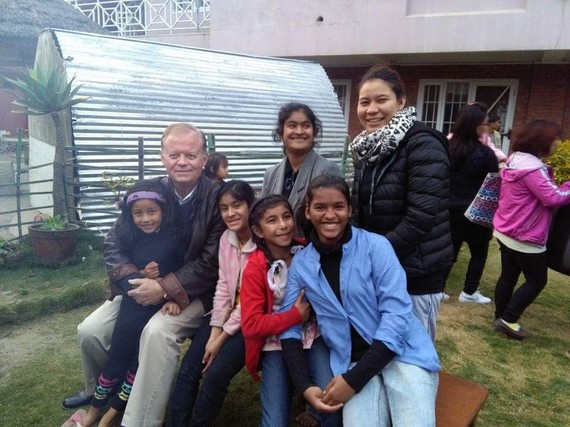 I myself felt some of the effects of the blockade during my own visit to Nepal. The houses I stayed in were unheated. I could constantly see my breath and had to wear a blanket, even when inside. Given the lack of propane, many Nepalese are resorting to cooking with wood outside, instead of the comfort of their own homes. It must be remembered that at the time of my visit it was not even winter yet. When I asked some of my friends what they would do when the depth of winter actually arrived, they responded that they would simply wear more sweaters and blankets.

The UN Children's Rights & Emergency Relief Organization (UNICEF) estimates that "more than 3 million children under the age of 5 are at risk of death or disease during the harsh winter months due to the shortages of fuel, food, and medicines and vaccines." This absolutely unacceptable situation is gross negligence at best by all parties involved in this political mess. Regardless of where the blame for the India-Nepal blockade rests, the simple truth is that the political disagreement leading to it will kill people this winter. It is my sincere hope, and should be our world's demand, that the Nepalese and Indian governments, as well as protest leaders, come to a resolution soon. Nepal's most vulnerable children are out of time.