I always considered myself a pacifist, or at least not an agitator. But thanks to a Living Room Conversation I participated in a few months ago, I've come to realize I am not as virtuous as I had thought, especially not when it comes to political conversations.

My family touches on politics every once in a while - generally when my parents are ranting about some, in their view, fiscal injustice or overstepping of the government; or when I have read about an article that contradicts the basic political principles my parents and Rush Limbaugh had imparted me while growing up. I have fiscally right-leaning parents (they're socially quite liberal), and I identified as such until about halfway through my college career. I've since become the family political black sheep, as, in my dad's words: "UC Berkeley got to me and turned me into a 'socialist'."

We've had some heated debates throughout the years, mostly about government aide and taxation; and also about lobbying and the Occupy Movement. These discussions generally end with my disdainful declaration that my parents have cold hearts, and my dad throwing his arms up in exasperation about having raised a leech on society who doesn't have qualms about free lunches. (I'll admit I often go home to catch a free meal. But I think my mother secretly relishes in my company and my love for her cooking.)

Our conversation topic was increasing harmony and prosperity in our communities. It was a seemingly innocuous topic, but I was quite nervous going into it. It's one thing to toss out my half-baked opinions with my family, and another to bare my views in front of strangers.

I was, however, delightfully surprised. The conversation turned out to be one of the most respectful and simultaneously dichotomous conversations I've enjoyed in a long while. It was stimulating and refreshing, and my brain was in high gear, on intellectual Cloud Nine, absorbing and processing the wealth of information and differing perspectives. The room did tense a little when hitting on Obama-care, oil subsidization, and letting the market and individual choice achieve economic equilibrium. But we dispelled some of the tension simply by defining and clarifying key terms, such as "capitalism," and "fiscal responsibility." The pre-scripted questions reminded us that our comments and opinions, no matter how different, ultimately all stemmed from our common desire to foster harmony and prosperity.

I walked out of Joan's house inspired and hopeful - inspired to have more such conversations; hopeful that such harmonious and productive conversations could be had around some of our country's most pressing issues.

Energized by all of this, I took Father's Day brunch as an opportunity to test what I'd learned. Apparently, I had learned quite a bit! First, that I am not as sweet-tempered as I had thought. Second, that our family can manage to have a respectful conversation around politics, by simply applying the ground rules Living Room Conversations had taught me. My family and I bantered about the political scandals of Hillary's emails and Trump's tax filings, we grumbled about the healthcare system's lack of transparency, and we agreed that money needed to be taken out of politics, although to what degree and how this should be achieved, we did not agree on.

It is worrisome, however, to realize that the conversations my family has, the ones where we are up in arms and become defensive and accusatory, are likely similar to many of the political conversations being had around the country and by our leaders. Just look at the Democratic and Republican National Conventions. This Time's article I came across soon after the Living Room Conversation expresses similar sentiments. Former American Senior Intelligence Officer, and Special Advisor to Vice President Biden on national security, Yaël Eisenstat, shares in the context of the tragic Orlando shooting: "As American society sinks further and further into this angry, polarized society, I fear not for the economic collapse of our country, nor for defeat at the hands of terrorists or enemies. I fear for the implosion of our country at the hands of our own citizens, who have become so embittered, and so divided, that they hate their neighbors more than they love their nation."

However, Joan and Living Room Conversations are onto something and after my small taste of it, I am hopeful - hopeful that I can have more respectful and fruitful discourses in my home, and hopeful that Americans can get the ball rolling, as well. We need it. 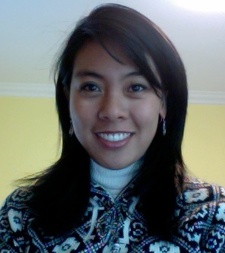 Veronica Chin is currently working at the Green Science Policy Institute, a non-profit in Berkeley, CA whose mission is to facilitate the responsible use of chemicals in products to create a healthier world. Veronica graduated from UC Berkeley with a Bachelor's in Math and Chinese Language in 2012. Before joining the Institute, Veronica was the Program Development Manager for the Light and Leadership Initiative, an educational non-profit in Lima, Peru.