Coffee, like a lot of commodities, is getting expensive. Political instability, such as we are seeing today in Egypt and Tunisia, as well as climate change around the world, are conspiring to push prices up for everything from corn to coffee. Since June the cost of raw green Arabica coffee has jumped a staggering 80%. Everyone, including the specialty coffee company I work for, Equator Coffees, is raising prices out of sheer necessity. There is no way around it unless you happen to have a warehouse full of old coffee from two years ago (which no serious roaster would consider selling). 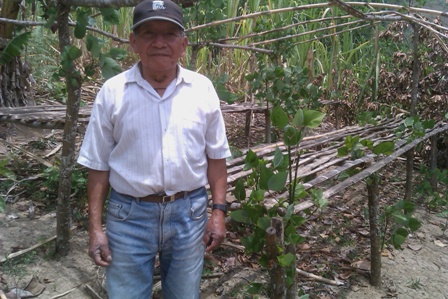 Unfortunately, the positive impact of high prices for farmers is offset by low production in a lot of countries. In most cases higher margins simply do not erase poverty for farmers who have chronically low yields. Take Ecuador as an example. It has terrific micro climates for coffee, and could easily be a top-notch producer, but its coffee industry has been depressed for years. It never recovered from the price crisis that crippled the coffee industry 10 years ago because of rampant political instability. At that time the price of coffee dropped to a devastating $.40 per pound and producers around the world abandoned their farms or uprooted their coffee and replaced it with more profitable crops. Add to this the impact of unpredictable weather patterns caused by climate change over the last few years, and production levels in Ecuador continue to be down by about 50% from a high reached in the late 1980s.

The reason why Ecuador failed to rebound is simple: coffee seedlings take 3-5 years to produce their first crop. When farmers switched to other crops it became very difficult for them to return to coffee, especially considering the political climate, as well as the very real threat of climate change. Why invest in a crop that won't bear fruit for many years? Farmers choose to invest in crops that provided more immediate returns like corn, sugarcane and livestock. 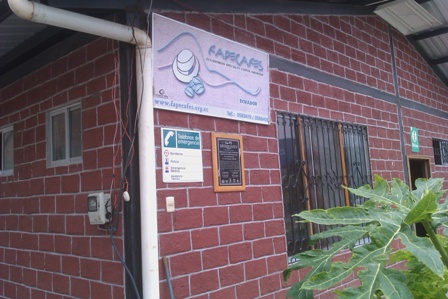 As a green coffee buyer who loves the unique flavors of Ecuadorian coffee, I find this reality quite unfortunate, both for the farmers that should be cashing in on record high prices, and consumers who could be enjoying the wonderful coffees of Ecuador. While I am continually frustrated by the difficulty of getting coffee out of Ecuador, there are indeed some fantastic Ecuadorian coffees making their way to the US this year, and I hope to see even more in coming years. In fact, I just tasted three newly arrived lots that I purchased for Equator - coffees that are excellent in their own right despite the difficulties facing the country in which they were grown.

One is a micro lot coffee called "La Palanda," which won the national
Gold Cup
competition in September; another hails from a boutique estate just outside of Quito called Perla Negra; and the last comes from a well-run farmers' cooperative near Loja called Fapecafes. The farmers who produced these coffees were compensated very fairly for their product. Equator recognized the significant potential of these estates and co-ops and established a line of micro-credit to help with critical quality related investments on the farms. While a drop in the bucket, this type of direct relationship could have a profound impact if it were replicated throughout the coffee industry, as has occurred in other coffee producing countries.
Take Costa Rica, Central America's bastion of stability and progressive environmental policy, as an example. Small estates and cooperatives there have been developing relationships with coffee buyers for years, guaranteeing supply from year to year and focusing on quality, increased production, and environmental sustainability. Costa Rica was hit hard by the price slump too, but they weathered it much better due to economic and political stability and well defined coffee policies that, among other things, have attempted to mitigate the impact of climate change on coffee farmers. The result for Costa Rica has been remarkable -- it has transformed itself from a "volume" producer of average quality coffees to become a significant producer of mostly high-market, specialty grade coffees. For Costa Rican farmers this meant more money long before the recent spike, as well as better quality coffee for consumers to enjoy.

Ecuador's reality is far from Costa Rica's, though the potential is certainly there. While it has excellent micro-climates in which to increase coffee production, the industrial facilities to process it and a growing group of entrepreneurial individuals who desperately want to see the industry develop and thrive -- it lacks one key ingredient -- a stable political environment, and hence little proactive defense against climate change. While I sincerely hope that this changes, for the time being I'll be strengthening my ties to coffee farmers through direct relationships and micro-credit loans and enjoying the small amount of delicious coffee I am able to buy from Ecuador.