There is a specter haunting the Western world. It isn't an ideology. It isn't a well-defined social or political agenda. It is emotion.

The fear and anger of those who feel most aggrieved by rapid, uncontrollable change are redefining the political landscape. These emotions are being exploited by politicians peddling mournful nostalgia and narratives of a lost identity. As globalization marches forward, along with seismic demographic shifts in the developed world, the seductive pull to look backward and inward will intensify, with unfortunate consequences for our politics and social order. Indeed, we are already seeing this play out in the United States and Britain.

Twenty years ago, foreign policy writer Robert D. Kaplan warned of the social and political challenges that large numbers of bored, unemployed young men posed to social order in the Middle East. Today, in the West, one might point to the challenges that nostalgic middle-aged workers and aging retirees are posing to social cohesion in our societies.

Many are longing for a past when the country was less diverse.

At first glance, it's hard to think of nostalgia as a negative -- or even a political -- force. What's wrong with a little wistful desire to return to the comforts of yesteryear? But the politics of nostalgia generally amount to more than just missing the old neighborhood or one's late grandmother. Many are longing for a past when the country was less diverse, communities were more homogenous and self-contained and your immediate surroundings largely defined your experience of the world. This nostalgia invariably suggests a longing for a level of social cohesion that is often tied to cultural or ethnic identity. Over the same period, the fortunes of many of these communities have also declined, particularly in the Rust Belts of the world. This economic decline, coupled with ongoing demographic diversification, has made it easy for politicians to connect these unrelated dots -- particularly among less educated voters.

The politics of nostalgia and identity played an outsize role in the Brexit vote last month in Britain. The Leave campaign's rhetorical appeals to recapture the glories of the imperial past were so strong that, as British historian Philippa Levine put it, you could practically hear the strains of "Rule, Britannia!" in the background. It's not news that in certain sectors, national pride in Britain has long rested on misty-eyed memories of the imperial past, but the Leave campaign also relied on notions of an insular, narrow British identity and overt rejection of migrants.

Nostalgia-driven movements are assertions of whom its followers stand against.

The fact that 81 percent of surveyed Leave voters said they saw multiculturalism as a "force for ill" highlights the strong link between nostalgia and identity. The other link, of course, is blame.

In the United States, real estate mogul Donald Trump's campaign to "make America great again" makes an even more explicit appeal to nostalgia and draws distinct, overt lines around preferred religion and race. Trump isn't selling the image of a better future as much as he is offering an illusion of what may or may not have once been. He hearkens back to a past in which white Americans largely enjoyed unchallenged economic and cultural dominance. While it isn't exactly clear what era he's nostalgic for, Trump's campaign overtly relies on rhetoric and imagery designed to appeal to white, Christian America. From blanket accusations against Mexicans, to banning Muslims and singling out Christian Americans as deserving of respect and protection, he is constantly delineating who belongs and who doesn't in his great America.

The late Russian-born novelist and playwright Svetlana Boym made a distinction between two types of nostalgia -- reflective and restorative. While the former tends to be wistful and dreamy (think of Ronald Reagan's "Morning in America"), the latter, which lies at the core of many modern national and religious revival movements, is deadly serious.

Trump's rhetoric of restoration is clearly more focused on dealing with enemies than it is on building the intrinsic capacity of the people whose greatness he says he hopes to reclaim.

Restorative nostalgia has two essential plot lines, the first being the return to a hallowed past and the second being the conspiracies that explain why that past was lost. As such, these nostalgic movements come to be more about the pursuit of scapegoats than they are about recapturing any sort of lost era. Rather than affirming what adherents stand for, nostalgia-driven movements are generally assertions of whom its followers stand against.

Of course, Trump's politics of nostalgia certainly has a cast of villains, including Mexicans, Muslims, China and Japan. His rhetoric of restoration is clearly more focused on dealing with enemies -- both within and outside America's borders -- than it is on inspiring or building the intrinsic capacity of the people whose greatness he says he hopes to reclaim.

If the politics of nostalgia exploits fears of racial displacement in a globalizing world, the solution to it, perhaps ironically, would seem to be the creation of more robust, inclusive national identities. The mass global migration of the past two generations, combined with the globalization of the economy, has left large segments of the once unchallenged majority populations in Britain and the U.S. feeling vulnerable. And if there's one thing the rise of the politics of nostalgia should teach us, it's that while not all groups are equally powerful, we are all minorities now.

PHOTO GALLERY
Brexit
Download
Calling all HuffPost superfans!
Sign up for membership to become a founding member and help shape HuffPost's next chapter
Join HuffPost
Voting Made Easy
Register to vote and apply for an absentee ballot today
Register now

Looking Backward and Inward: The Politics of Nostalgia and Identity
Brexit 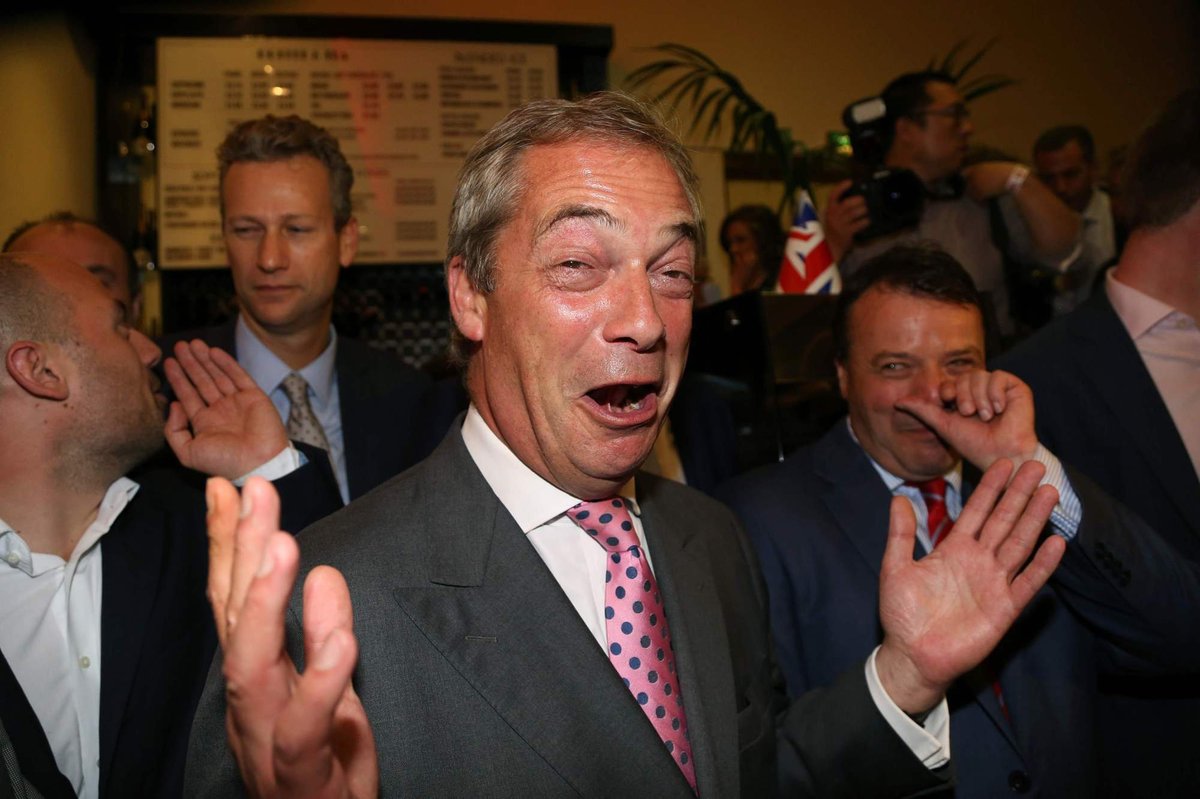