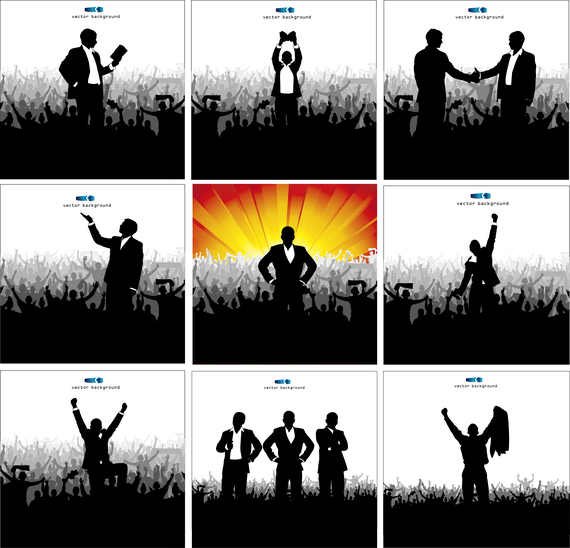 The Presidential election is close and both parties are hot and heavy into trying to get you to buy their image of what America looks like. A picture of what they want you to believe about America and what the "real" issues facing America are. They try to let you know that America is not as great as it could be, or it's greater than you think. They try to get you to believe it's not safe, there are too few jobs, prejudice and racism are rampant, the middle class is hurting and you better be concerned about the economy, because we've lost our trade and manufacturing edge in the world, which means there's less for you and me.

Each candidate tries to convince you of what the problems are and let you know "they" are the best ones to solve whatever the particular problem is they have created. They try to reach into your heart and soul, into your emotional core and most importantly into your basic fears regarding safety, sustenance, and well-being. It's marketing at its best. Trying to convince you of what should be important to you through statistics, metaphors, images, speeches that are eloquent and not so eloquent and many variations of their dogma. All of this is an attempt to convince you that you will be better off by voting for them.

Unfortunately we buy it, because how else are we going to make an informed decision about who to vote for? What else can we go on?

Here's one answer: Dig deep and find your basic truths about life. Don't rely on sound bites, propaganda or letting a candidate dictate what's important to you. Take a step away from the rhetoric and listen to yourself. What do you believe the "real" issues are for YOU? What is important in your life...your family, your friends and your community.

Reach into your core values: the fundamental values that dictate how you behave and what you believe. For example, how much does a belief, or lack of belief, in God drive your life? Which candidate ACTUALLY has policies that will be consistent with these beliefs? If a prime motivator for you is the environment, the listen to the candidates carefully for that. If you believe strongly in family as a fundamental driving force in your life, find the candidate who closely aligns to that. If democracy is one of your primary concerns, which candidate will strengthen and adhere to the kind of democracy you'd like to see. If "honesty is always the best policy" in your life, vote for who you think is most honest and fair. If inclusion is important, search out the candidate who best represents that or if isolationism is your bag, go for that candidate. If you believe that maintaining a healthy work/life balance is important to you, which candidate more closely aligns with you? If you believe in equality and human rights, who will be the person to best represent that? If self-interest and greed are core values for you, pick someone who is in your best interest. If wealth distribution is a core value, think seriously who to vote for that will move America more in that direction.

While candidates talk a good game, the best way to figure out who will represent your core values is to observe how the candidates act. This does not mean to absorb the propaganda about a candidate, but be independent enough to take a step back and study what they've accomplished. What they have done. See how they act as they stomp around the country campaigning. Get to know the people they surround themselves with. Try to get a feel for who they are, not what they try to get you to believe. Think for yourself. Be Independent enough to first, search your own core values and then, search for the candidate that best represents these values.

This may not be easy to do. Sometimes core values may conflict in the political arena. Let's say you believe in the rights of the unborn child, but yet you also believe in prioritizing the environment. It may be difficult to find a candidate who believes in both because politics is about power and control and parties rally around dogma that falls on the conservative to liberal spectrum. What do you do when candidates aren't totally behind what you believe (which will often be the case)? Again, be Independent Enough and prioritize what is truly important to you. The best way to do that is to psychologically step back from what the candidates are trying to convince you of and listen to yourself in terms of what are the most important core values to you. Watch and learn about the candidates, but more importantly, listen to yourself. Vote for the candidate who you believe will best create the image YOU want America to be, instead of relying on candidates to convince you of the way it is.