In politics, killing or running away are two forms of resignation, and two ways of abandoning the future. 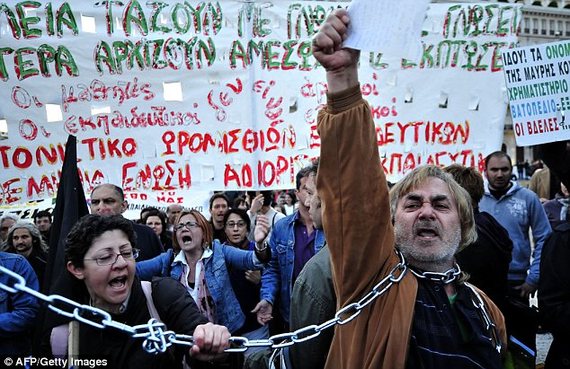 Today, through everything we're experiencing, we can see clearly, distinctly, the failure of a policy that dates back to the end of the World War II and peaked, especially after the fall of the Berlin Wall and end of the Cold War, with European Union. A Europe of the People that would serve the interests of ordinary citizens, protecting their human rights through transparent democratic processes: that dream is now bankrupt.

The Greek issue now concerns every European and is linked to how these institutions work to protect the simple citizens. The stakes are now in the European leaders' sights. Will they follow a rigid, totalitarian economic process to protect some figures at the expense of an entire European nation? Have we entered a new era in which Europe is ready to turn in to ghetto whole countries (like the ghettoization of parts of American cities and the marginalization of specific socioeconomic groups) in order to ensure the smooth Utopian sense of security in the day to day lives of dominant European societies? Has the time come when, for the sake of specific financial institutions, European leaders will unblushingly and without hesitation choose to create a humanitarian crisis in a country that symbolizes the ideals of modern Western civilization? Or, will they opt instead to mark an era ruled by the citizen and human values? Will we live in a Europe that, as thousands years ago Theseus said to the Thebans and Manolis Glezos reminded Martin Schulz few days ago in the European Parliament, "For this city is not ruled by one man, but is free. The people rule in succession year by year, allowing no preference to wealth, but the poor man shares equally with the rich."

I'm afraid that Europe's current leadership as expressed by Juncker, Tusk, Schulz, and above all, Merkel and Hollande, has already made its predetermined decisions.

Maybe the Greek government and Greek Prime Minister Alexis Tsipras have too. Maybe the referendum was a successful attempt at rallying the Greek people around a young leader who is being called on to lead the country away from a company crowd with which it no longer has anything in common. Maybe the new Greek government had already decided to return to the drachma and was merely going through the motions these past few months so that we would compromise with and accept the new reality. Or maybe it was just a game of impressions before the signature of a new bail out deal that will bring new unbearable austerity measures?
Either way, the policies through which all of the above has been expressed and applied, has failed. Today it is used as a terrorist platform to push towards one direction or another. 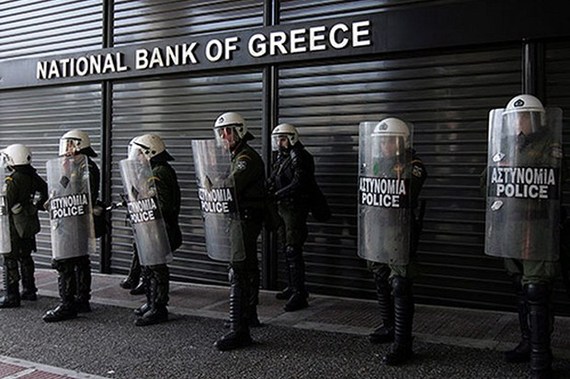 How does the ordinary, terrorized citizen feel about all this?

A return to the drachma terrifies: they will be bankrupt and isolated; they won't have medicine, basic goods, or even be able to buy the latest cell phone apps.

Remaining in the eurozone and a new bailout agreement leads to enslavement: children's future is predetermined and condemned to poverty; Greeks will be second-class citizens in a prospering Europe.

Europe's leaders are those unremitting creatures who lack any human emotion as they rub their hands and sharpen their teeth to devour Greece.

The Greek leader is a deceitful politician, inexperienced, devoid of moral inhibitions and concerned only with his place in history.

The European Parliament is a Roman arena or better a vast battlefield like those from the wars fought on this continent where the rivals' fury can only be quenched by the blood spilled on the soil.

It's clear that we're living in an era where politics has failed and, like politicians, has become remote from the ordinary European citizen.

How will Europe's leaders, that has historical responsibilities towards a nation, will act? Historical responsibilities for knowingly placing it under flawed bailouts, for lending it with unfavorable terms in order to rollover its debt, turning a blind eye towards the ineffective governments it has collaborated with for years--and perhaps because it bears the largest share of the responsibility for the chaotic condition of Greek society today.

Will Europe's leaders decide to kill or run away from Greece?

Either way, they are abandoning the future--the future that is called the Europe Union of the People.