Forty men and one woman face a slew of charges following a major Florida operation targeting people who use the Internet to arrange sexual encounters with children.

Some of the suspects, who range in age from 18 to 65, traveled from as far as Wisconsin and Alabama to meet minors for expected sexual encounters. Just 13 were from Polk County, where the operation was executed between June 8 and June 15.

According to the statement from the Polk County Sheriff's Office:

An electrician; a student; an insurance salesman; a bank teller; a handyman; an AV technician; a file clerk; a painter; mechanics; theme park employees; a law enforcement academy graduate; an IT phone technician; laborers; a youth football coach; a photo lab technician, a heavy machine operator; a tax preparer; a hospital accountant; a wall-paper installer and a senior partner in a CPA firm; all wanted to have sex with a child – all were arrested and booked into the Polk County Jail.

Eleven suspects admitted they were married, according to police. Sixteen of them brought condoms.

The suspects face a combined total of 180 charges including but not limited to attempted lewd battery, traveling to meet a minor, drug possession, transmission of harmful material to a minor, to procuring a minor for prostitution and resisting arrest without violence.

The bust is the largest of its kind in Polk County history, according to the release. 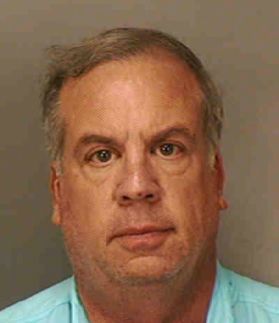