Sixty-nine dogs rescued from a suspected dog fighting operation are getting a well-deserved second chance.

It's a happy change of fate for these dogs; for a while it looked like they might have been freed from abuse only to be euthanized by their rescuers. Now, officials say, it's possible many of the dogs can be saved. 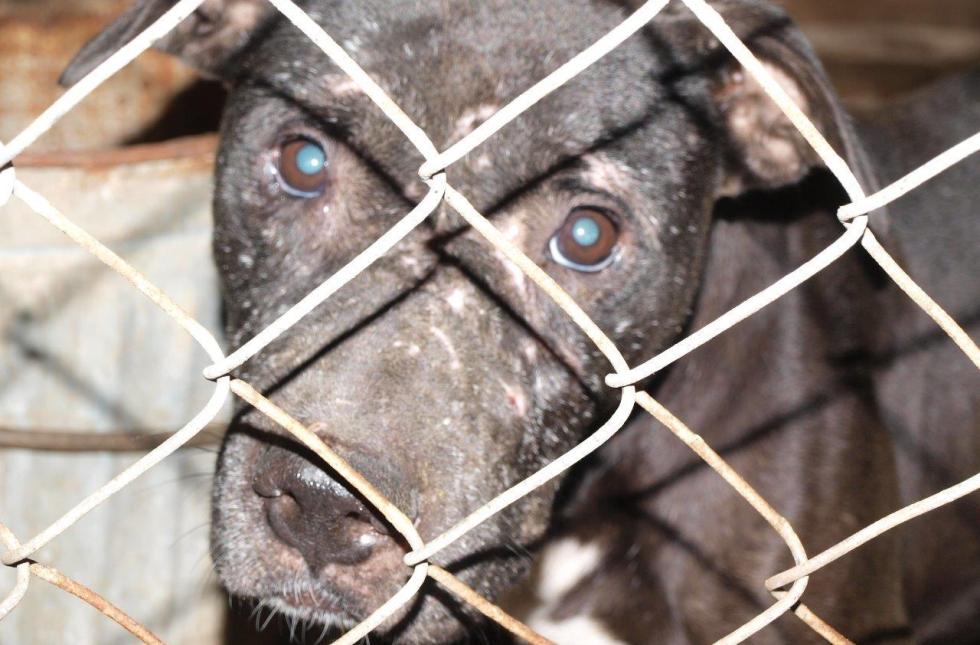 One of the 69 rescued dogs. (Polk County Sheriff's Office)

Some of the dogs were severely wounded when they were found last month, spread between two locations in Polk County, Florida, restrained in small cages or attached to heavy chains. The Ocala Post reports that police also found bloody fighting arenas with seated areas for spectators.

Two arrests have been made. Hewitt Grant II, who had been permanently prohibited from owning dogs under a 2006 court order, and Nicole "Nickie" Sanders have been charged with multiple counts of animal cruelty. 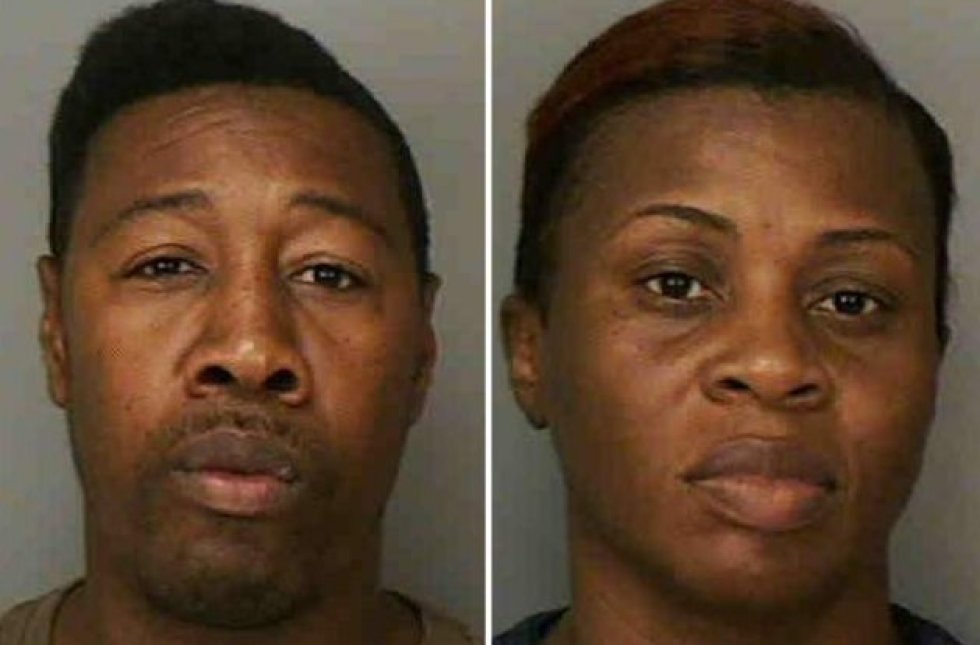 Their alleged victims' troubles were far from over once the pair was in custody.

Donna Wood, a spokesperson for the Polk County Sheriff's Office, told WFLA that the dogs were "extremely aggressive" and would likely be euthanized.

Wood blamed Grant and Sanders for this outcome.

“You have tied other's people's hands now,” Wood said, according to WFLA. “You have placed us into a situation to where there is no way we would take the responsibility of potentially placing a child or elderly person at risk." 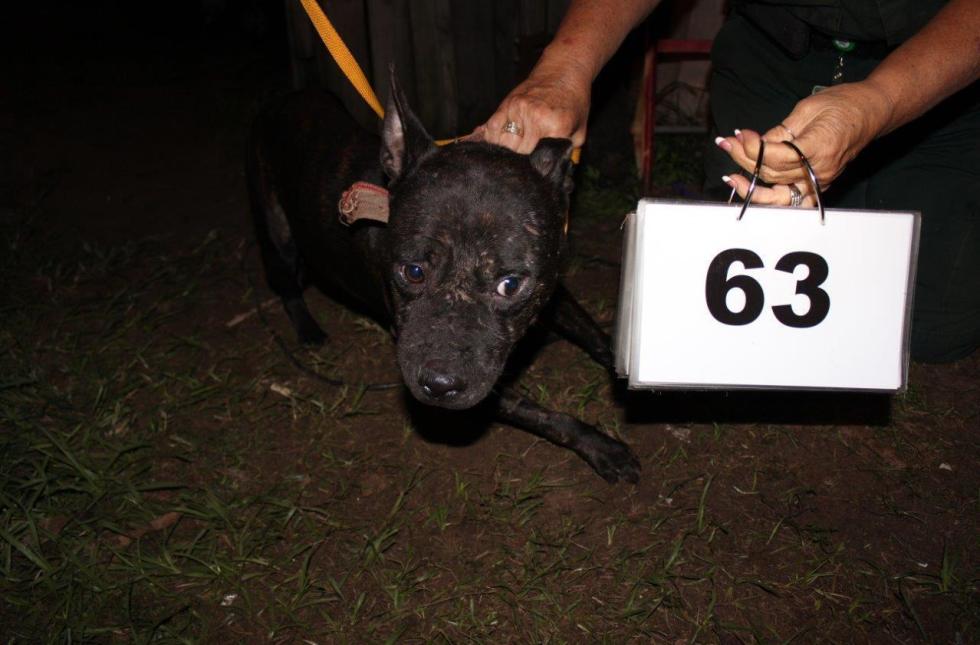 Another of the 69 rescued dogs. (Polk County Sheriff's Office)

It was an outrageous turn to animal lovers who've been heartened to see a growing understanding that many dogs rescued out of fighting can go on to be safe and loving family dogs.

"It is immoral and horrific the amount of abuse these dogs suffered," reads an online petition against euthanizing the dogs. "How sinful -- they are rescued from these evil people, only to be killed???" 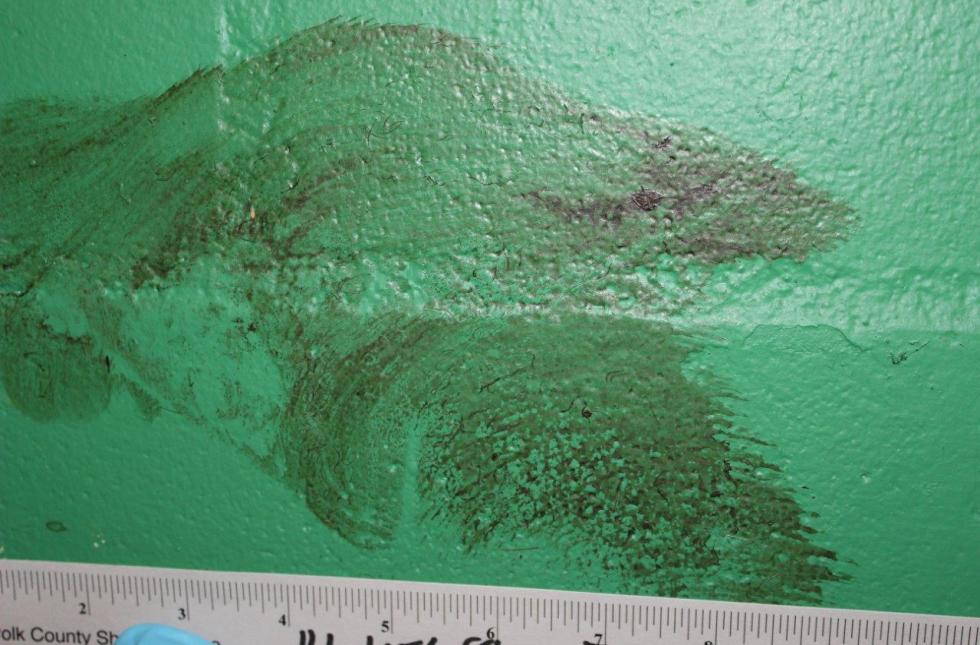 Blood on the wall at a place police say was used for dog fighting. (Polk County Sheriff's Office)

Deirdre Franklin, president of the advocacy group Pinups for Pitbulls, echoed that sentiment to The Huffington Post.

"We owe it to these dogs to give them the chance that was initially robbed from them to be a dog and to know the love of a human," she said. "These dogs deserve a chance, there are people waiting to give them that chance and we can make much better use of our resources by ensuring that good dogs find great homes." 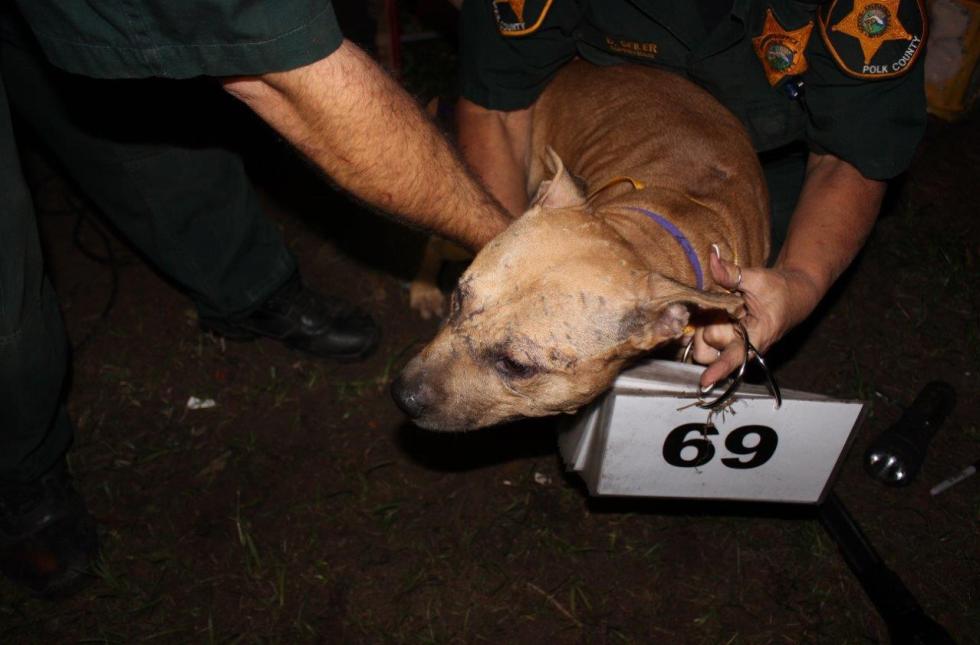 In other words, homes like the one that Michael Vick's former dog Oscar now enjoys with adoptive mom Rachel Johnson.

"I am fortunate to share my home with Oscar," said Johnson. "At the time of his rescue, the majority opinion was that the dogs seized from Vick and his cronies were among the most dangerous fighting dogs ever seen. However, once the court approved individual evaluations of the 51 dogs, it was determined that only one was dangerously aggressive and humanely euthanized." 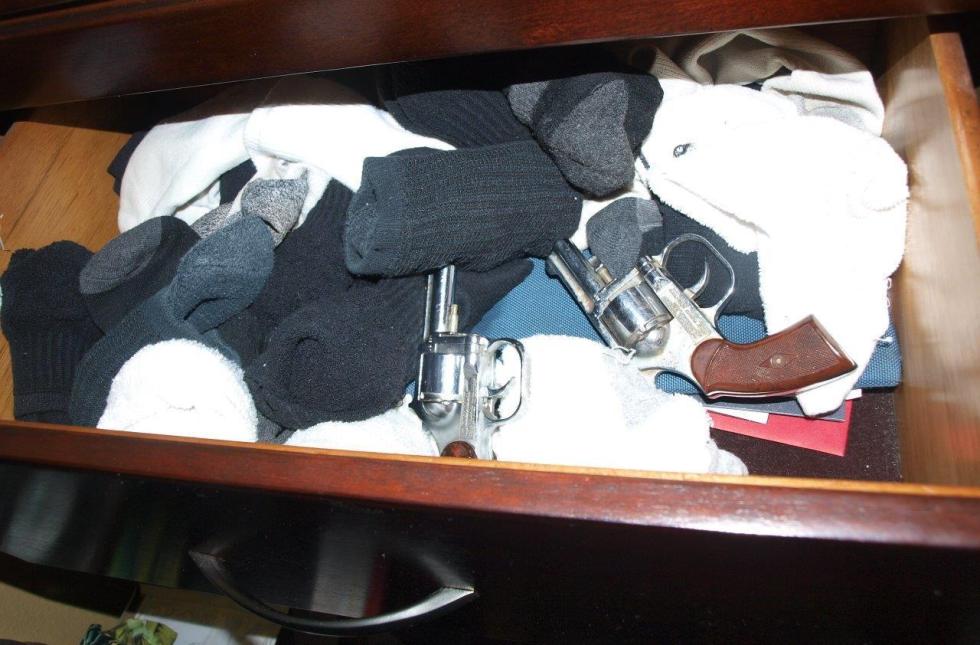 In a happy turn, Polk County Sheriff's Office spokesperson Carrie Horstman told HuffPost on Tuesday that it now appears at least some of the dogs may be granted reprieve.

"The Humane Society has taken 18 puppies. The SPCA of Lakeland has taken two puppies and has placed holds on five other dogs –- they will retrieve those dogs as soon as they complete the reports they have written about their evaluations of those dogs," Horstman said by email. "As you can see, we have reached out to several rescue organizations who have evaluated the dogs and will take possession of the ones they deem not too aggressive/able to be rehabilitated." 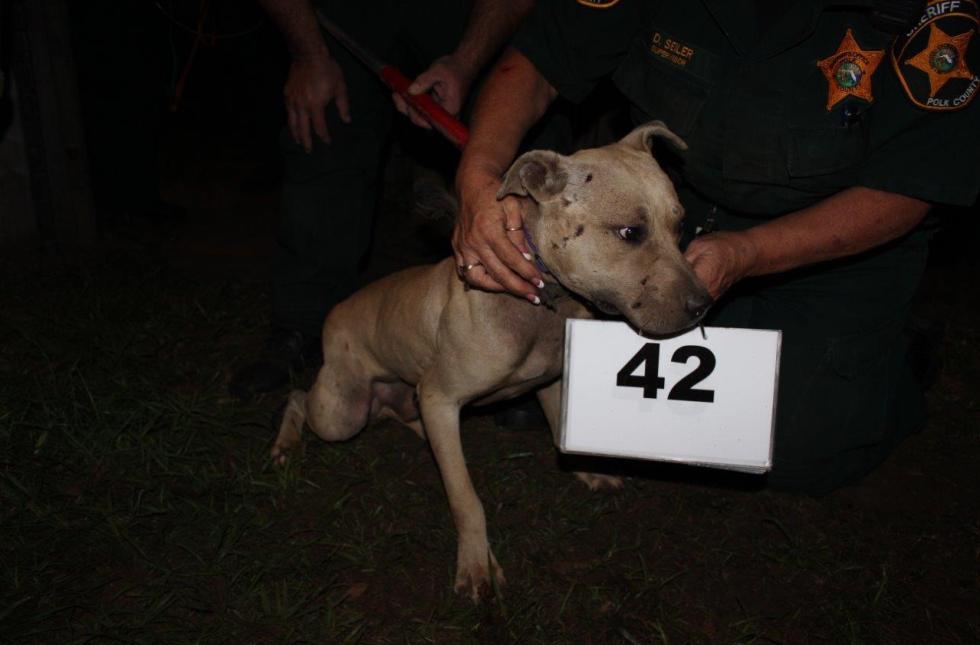 Another of the rescued dogs. (Polk County Sheriff's Office)

The American Society for the Prevention of Cruelty to Animals has also offered to help, said ASPCA spokesperson Rebecca Goldrick. "We’re waiting for a response to determine what we can do to assist Polk County with this case."

"That is fantastic news," said Johnson. "Hopefully, the majority of these dogs will get to live out their lives in loving homes."

Johnson then had to go pick up Oscar from the dog spa, where he was getting bathed and having his nails done -- a small glimpse into what the Polk County dogs' lives might eventually be like, if they're allowed to live.