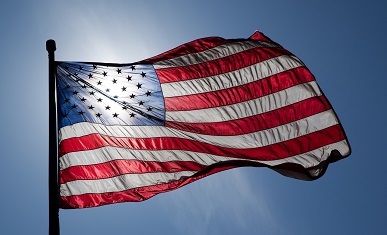 Just where do Republicans stand on climate change? Putting aside the noise of primary season for a moment, a new poll by Democracy Corps offers some interesting answers.

Unfortunately, I can't tell you that the partisan divide over climate change has disappeared. Republicans are still more likely to doubt the reality or importance of climate change.

But it's also wrong to think of the party as an anti-climate monolith.

The poll breaks Republicans down into four main blocks - Evangelicals (17%), Tea Partiers (30%), Observant Catholics (14%), and Moderates (31%). Each group was asked if the statement that "scientists agree that human activity is a significant factor in climate change" was a "fiction of the liberal media."

The first two groups, which together make up nearly half of the Republican Party, embraced that idea. But both the Observant Catholics and Moderates, the other half, rejected the notion that media made it up. They accepted the scientific consensus on climate change. (Side note: It's happening.)

But here's another important take-away from the Democracy Corps poll: Even those who reject climate science are receptive to the idea of long-term investments in clean energy.

The pollsters report that the single most effective way for those outside the Republican Party to appeal to those in it is over the assertion that "our country should be making long-term investments so America can lead in the 21st century...America must modernize our infrastructure, expand our energy and Internet grid and ensure we lead in all scientific research."

That's a message tailor-made for those of us who think we should be moving toward a clean energy economy. With both the United States and China setting records for investments in renewables, and with so many jobs at stake, it's easy to see this message having broad appeal.

By focusing on economic strength, we can begin to build a bridge across our growing partisan divide , and get things done. Because, like it or not, every major environmental law in American history was passed with bi-partisan majorities.

It doesn't mean that we stop talking about climate change - that would be a mistake - but we can begin to reach out where we agree.