Photographer Polly Penrose started her project, "A Body of Work," seven years ago. She was inside her step-father's factory, amidst an array of industrial machines and contraptions -- inventions like tables built for vets to operate on race horses. It was there that she first stripped down naked and snapped a self-portrait.

The gesture initiated a years-long fascination with inserting her nude body into forgotten places. Penrose would seek out quiet locations, like abandoned houses and empty hotel rooms, and there she would photograph herself, stretched out from head to toe or pinched into fetal position. From 2007 to today, she's documented the physical and emotional changes her form has undergone, from marriage to pregnancy to grieving loved ones. Each image captures a new relationship between body and space, provocatively challenging the concept of "fitting in." 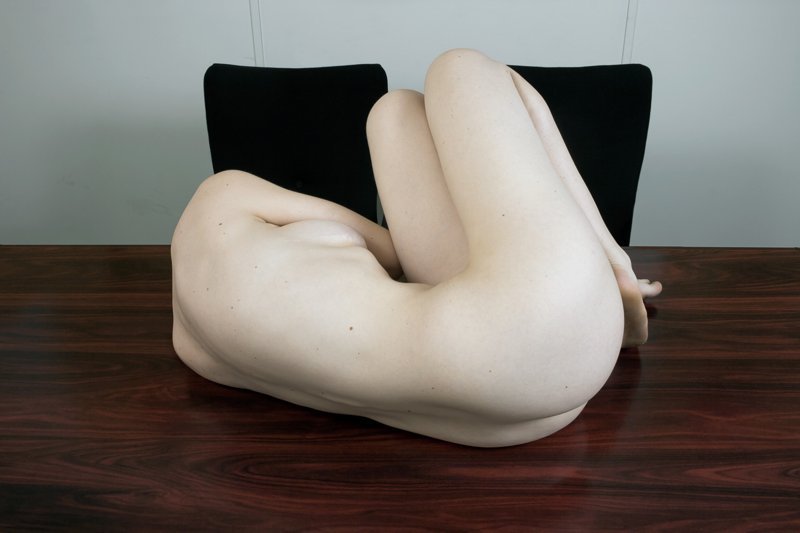 "It’s often a fight to ‘fit in’, to become a part of that space," Penrose writes in her artist statement. "The process of taking the pictures is punishing. It leaves me bruised and aching. Every picture is taken on self-timer, which makes for a repetitious, highly physical process of running between the camera and the pose, making adjustments as I go. It feels like I’m hammering my body into the landscape of the room, one picture at a time."

In leaving her mark on the location, in the form of a photo, the location leaves its mark on her too, the artist explained in an email to The Huffington Post. "While I never intended it to be the case, over the years the photos have become a kind of diary of my experiences and emotions," she added, "and the memory of how frustrating, how painful, how cold, how scary the photos were to capture is layered into my experience of the images. These are the emotional marks the images leave on me, as the bruising and aching fade. But this aspect is mine, it's hidden from the viewer, which I kind of love. It's my own private experience of the work." 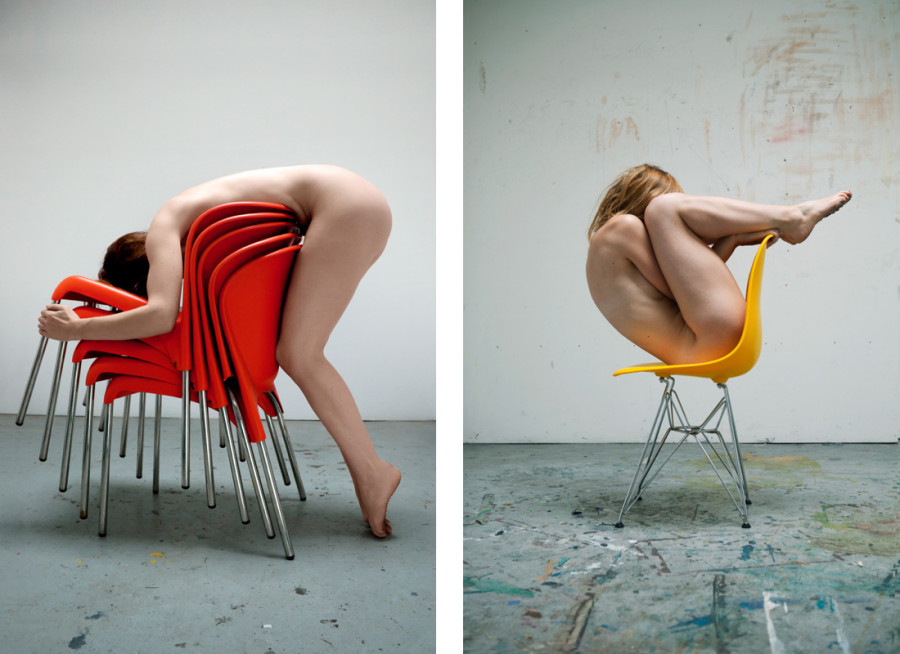 Penrose is careful to obscure her face in each frame, generously draping her limbs and torso across beds, chairs, bookcases and dressers. It's easy to notice the changes in her physical body, and as she emphasizes, more difficult to decipher the emotional ones. A viewer could get lost in analyzing the outlines of a thigh or the smooth curve of a stomach, but the mystery lies in decoding the body language that morphs ever so slightly from one portrait to the next.

"Each picture candidly portrays a moment, like marks in the calendar of my life," she writes. 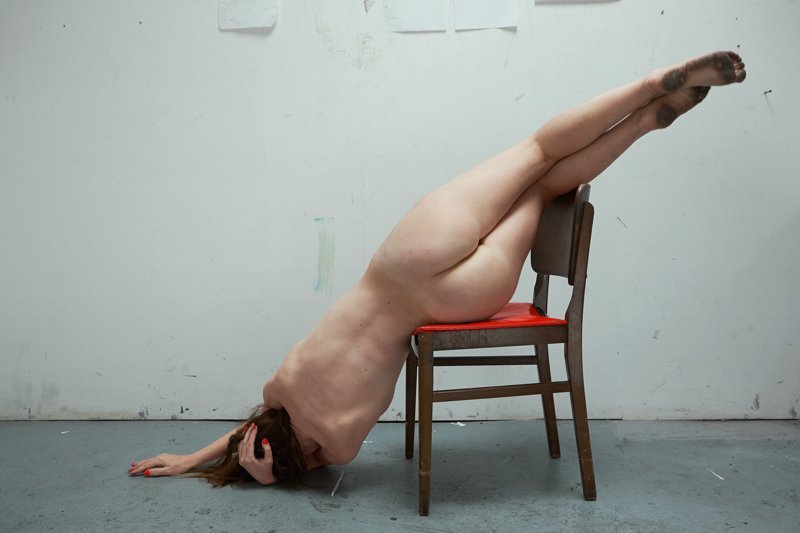 Penrose isn't done with the project. "I have places on my wish list like Claridges Ballroom, the BAFTA theatre, the empty coves in the wall around The Bank Of England." But until then, we have a preview of the collection so far. Check out her work below and let us know your thoughts on her project in the comments. You can see more of her self-portraits here. 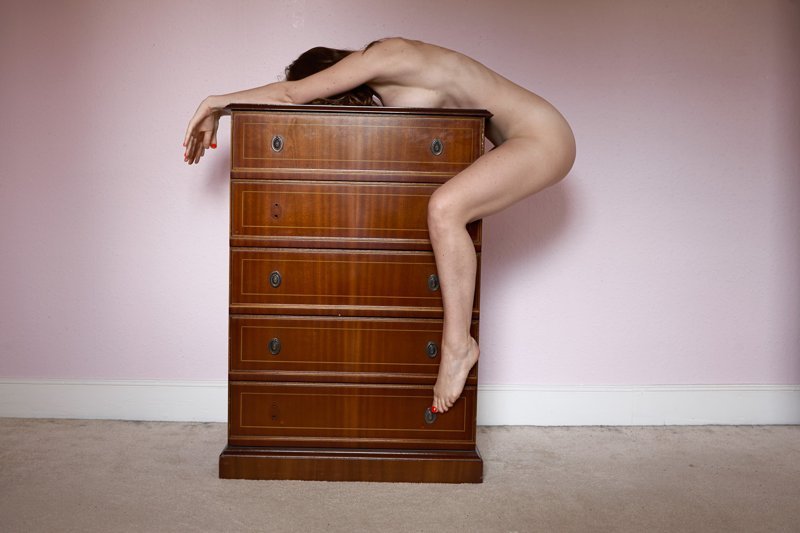 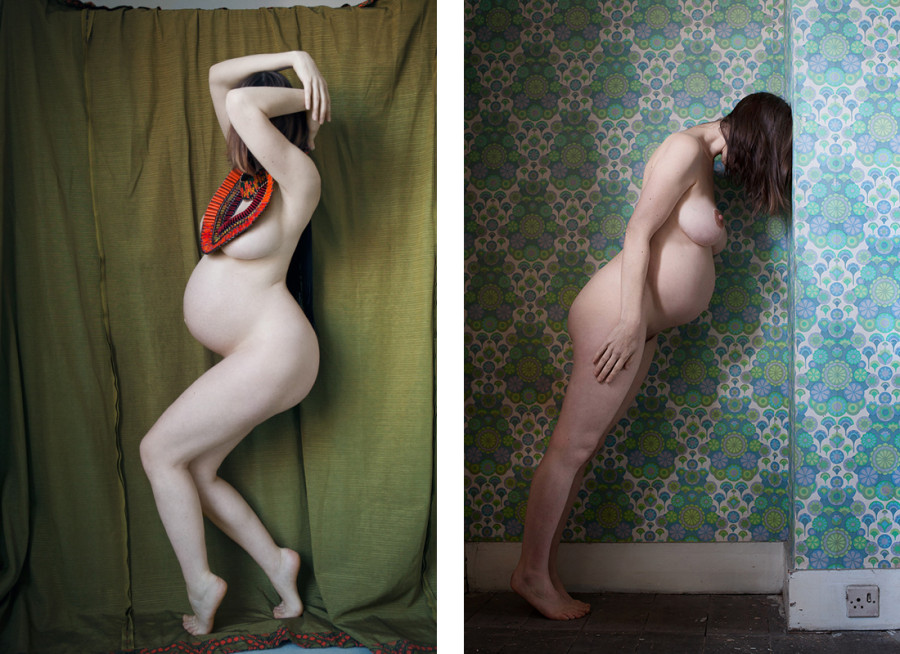 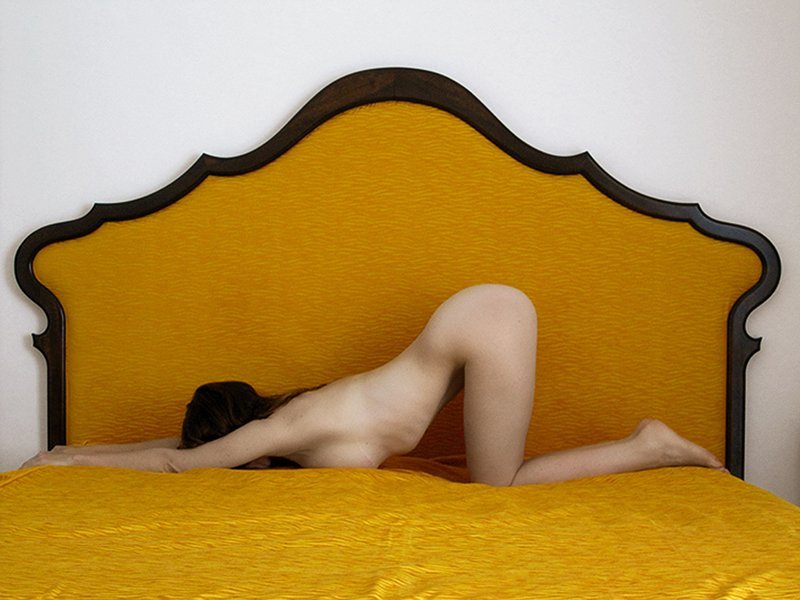 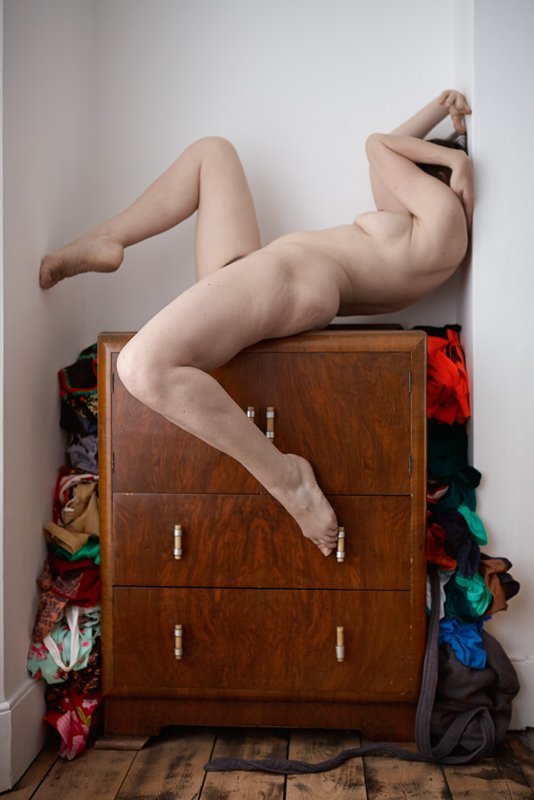 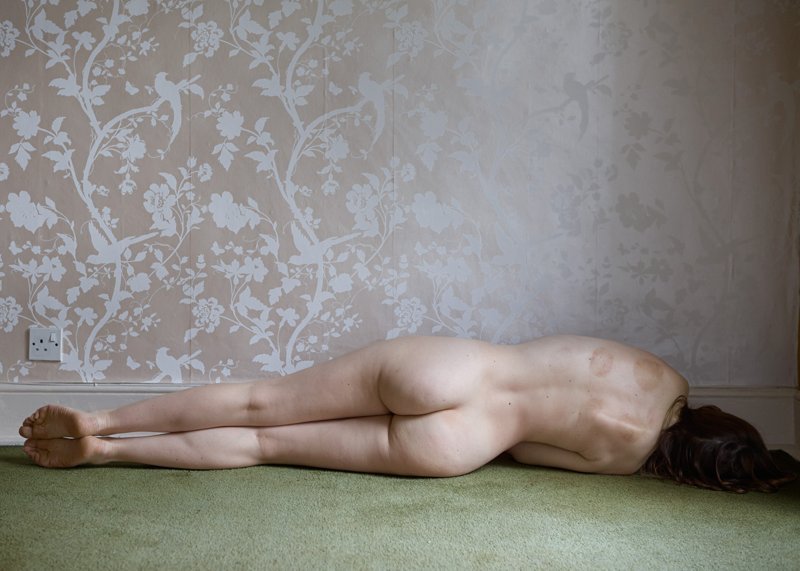 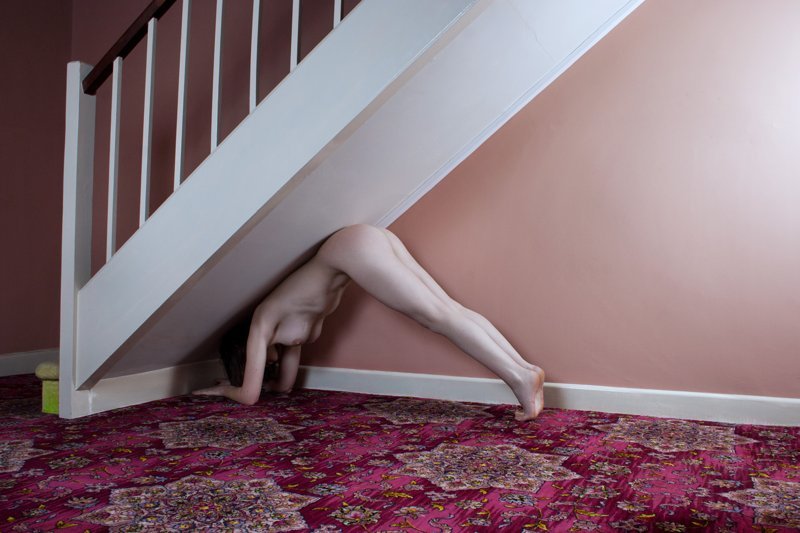 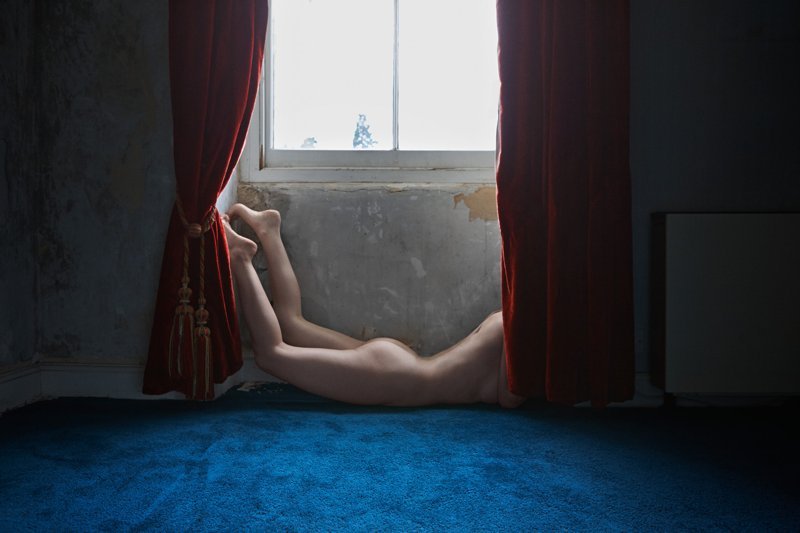