The New York Post says that polyamory is having a fashionable moment.

"Open relationships are becoming so common that when singer Robin Thicke gripped Lana Scolaro’s barely covered butt at a VMA afterparty at 1OAK last month," the tabloid wrote in October, "his indiscretion reportedly didn’t get him into trouble with his actress wife Paula Patton."

But if open relationships are becoming more common -- or, in any case, more visible amongst celebrities -- Tamara Pincus, a D.C.-based therapist with a practice advertised as "psychotherapy for the open-minded," says there's still a long way to go before polyamory goes fully mainstream.

Pincus, who hosts a monthly discussion group for people who are interested in, as she puts it, "consensual non-monogamous relationships," recently reached out to a group who might not realize they're interested in these relationships: She published a primer on polyamory aimed at clinical social workers.

That paper is behind a paywall, but here's a similar paper published earlier in the Greater Washington Society for Clinical Social Work's newsletter. Both start similarly -- here's the beginning of the new one:

Polyamory is the practice, desire, or acceptance of having more than one intimate relationship at a time with the full knowledge and free consent of everyone involved. (see Wikipedia) In our culture, monogamy is generally seen as the only viable form of romantic relationship. Many people have never even heard of the concept of polyamory and often when they do come across polyamorous people they believe that their relationships are fundamentally and morally inferior to monogamous relationships.

For some, being polyamorous is an identity that they use to describe themselves along with their gender and sexual orientation. When a polyamorous client experiences this form of prejudice in therapy it can be highly damaging and cause them to quit therapy without addressing the needs which brought them in. Often if a therapist seems too closed off or if the client has too much shame their sexuality the client will not bring up their poly lifestyle or identity in therapy.

HuffPost caught up with Pincus to find out more. (This interview has been lightly edited for space and clarity.)

Why don't we start with you telling me about the paper you wrote -- what is it about, and who is it for?

It was a paper for social workers and psychotherapists about polyamory. Specifically giving them information on what would be good information to have in working with polyamorous clients.

Currently, there is not a lot out there for social workers about polyamory. A lot of them have never heard of it or think that it only happens when a couple is not doing well but not ready to break up. They don't understand the concept of poly identity and why people choose polyamory aside from a desire to have sex with more than one person.

This can lead to marginalization. A lot of poly clients in therapy don't come out to their therapists which means they don't work on a lot of the issues that come up. Also often when they do come out they feel judged by their therapists or misunderstood.

Often even the most well-meaning therapists will not understand polyamory so clients will end up spending their time educating their therapists which is not a service they should necessarily have to pay for.

How common is it for therapists to encounter poly clients?

Well, it's hard to say. Nobody has really done a study to determine the prevalence of polyamory among psychotherapy clients.

I would say it's about 50 percent of my clients but I advertise as poly friendly so that puts me in a different category. When I worked in public mental health I came across two poly clients out of I would say at least 200 including the people I did intakes with, provided case management to, and did therapy with.

How about in the world at large -- do we have any sense what percentage of adults overall are polyamorous?

As far as I know, no. One of the issues is also the different varieties of non-monogamy. For instance we know [some] men and women in marriages cheat. Now how many of those people would have open relationships if they knew about that as an option?

I want therapists to understand that polyamory is not a sign of an attachment problem or other disorder. I want them to recognize it as a valid relationship choice.

I want therapists to understand that polyamory is not damaging for children.

There is a book just coming out by Elisabeth Sheff called The Polyamorists Next Door where she does a study of poly families and learns that in fact polyamory is not bad for children. Eli is not poly herself so this is not just some puff piece by a poly person trying to promote their lifestyle.

I want the community at large to see polyamory as a reasonable and honorable relationship choice. Poly people are often told that what they are doing is too complicated or weird and that it would be better if they just cheated which is just strange to me.

That's an issue that comes up a lot in the poly discussion group that I run. People are so unused to the idea of polyamory that it makes them uncomfortable and causes them to ostracize friends, family and loved ones who do come out as poly.

How did you get interested in working with this community?

I am poly myself which made this make sense as a population for me to work with. I frequently hear how hard it is for poly people to find therapists who understand their situation. Clients often come from distant suburbs to see me because they know I know the topic both personally and professionally.

Well, a lot of the issues are the same. Jealousy is a big issue in relationships across the board. We tend to think of it as a poly issue but often there is even more jealousy in monogamous relationships.

I have definitely seen people in poly relationships come in to talk about the same stuff as everyone else, how to we communicate about chores, how do we make time for our own romantic relationship, etc. I've also seen a lot of couples where one partner identifies as poly and the other does not and helped them to work through where they want to go with that.

I have noticed that there are not a lot of resources right now to send clients who are coming out to family or friends. The LGBT community has PFLAG but there is no similar group for poly people right now and often client's parents and family simply do not understand and have nowhere to turn to get good information.

Do you think that society at large is becoming more accepting and/or aware of polyamory?

I do think society is becoming more aware of polyamory. I know TV shows like Polyamory: Married and Dating have been helpful. Dan Savage has also talked about polyamory a bit and has become more and more mainstream, though he tends to advocate for a more "monogamish" or socially monogamous lifestyle which doesn't really fit well for a lot of poly identified people.

I think there is still a long way to go as far as acceptance. I am lucky to Iive in a bubble where people tend to be very accepting but I am also not out in all contexts and use my husband's last name whenever I am doing something with my children at school or in other places where I fear our poly lifestyle might not be accepted.

I think in order for there to be more acceptance a lot more people have to come out of the closet. People coming out was very valuable and instrumental in the LGBT rights movement. It is harder to dismiss a population when you think you don't know any of them. In order for us to do that those of us who are in a place where we won't lose our jobs or our children really owe it to ourselves to come out. Even though it is scary. Even though we may be judged.

Poly people are certainly open to the idea of multiple partner marriage but it is not a high priority. Due to employment discrimination and the need to be closeted other rights issues tend to be more important than marriage rights. At the moment we are just beginning the process of trying to be visible.

Are there any special issues that arise for polyamorous folks during the holidays?

Well there can certainly be a whole extra layer of confusion about who should be with who on what days. We are planning Peking duck with my hubby, his girlfriend, my kids, her kids and my mother in law...at least on Christmas eve. We're Jews so that part is easier. You can split Hanukkah.

The Polyamorist On The Couch: Q&A With Tamara Pincus On What Therapists Should Know About Big Love
5 Couples Rumored To Have Open Relationships 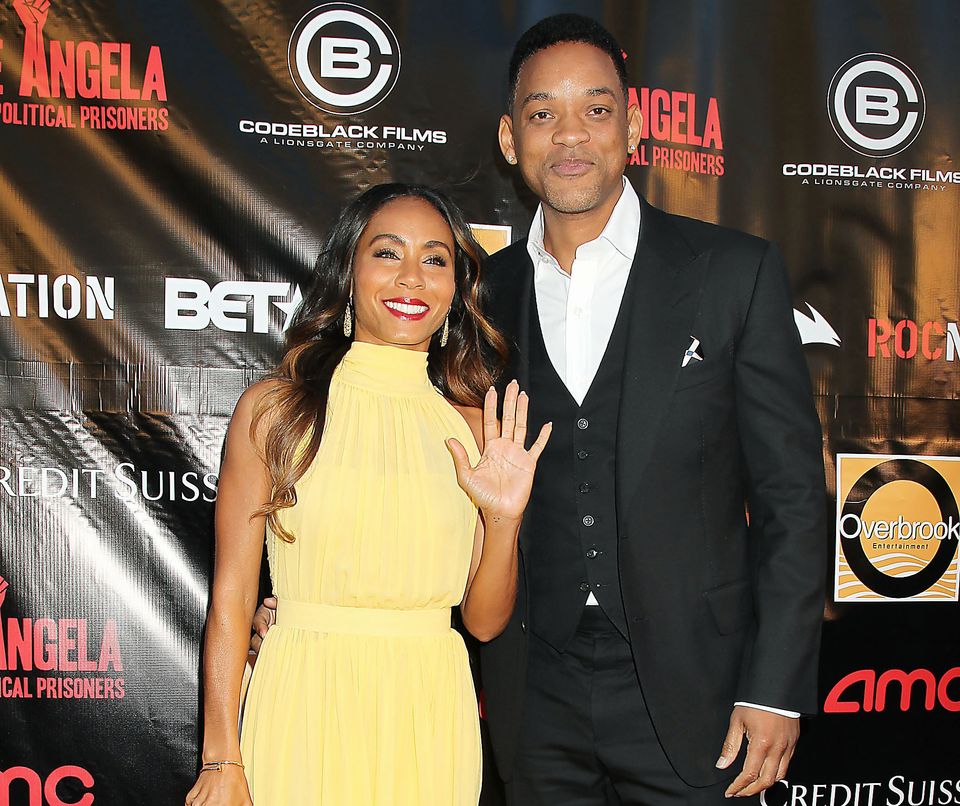