ROME (AP) - A stretch of garden wall ringing an ancient house in Pompeii gave way Tuesday after days of torrential rain, the latest structure to collapse at the popular archaeological site. (Scroll down for photos)

Pompeii officials said an inspection found that a 40-foot (12-meter)-long section of wall forming part of the perimeter of a garden area near the House of the Moralist gave way in several points. They said the extreme sogginess of the soil brought down the wall in an area that hasn't been excavated near the house.

Italy is struggling to preserve its immense archaeological wealth for future generations.

A few weeks ago, Italy was embarrassed when a frescoed house, the Schola Armaturarum, where gladiators prepared for combat, was reduced to a pile of stones and dust in seconds. Less than a year ago, another building, the House of the Chaste Lovers, collapsed in Pompeii.

The House of the Moralist wasn't affected by the wall's demise "and isn't at risk for collapse," Pompeii excavations director Antonio Varone said.

The Schola and the House of the Moralist are only a few steps away from each other along one of Pompeii's main streets, which are usually thronged with some of the 3 million tourists who traipse the paths each year.

The House of the Moralist includes the remains of the homes of two families in the ancient city that was buried by the catastrophic eruption of Mount Vesuvius in 79 A.D. It is one of many structures in Pompeii that are off-limits to tourists, and no one was injured in the wall's collapse, which was discovered early in the morning before opening hours.

Made of tufa rock, the garden wall was heavily damaged during the U.S. bombing of the Naples area in World War II. It was rebuilt after the war using a mix of the ancient stones and modern material, said Daniela Leone, an official of the state Naples and Pompeii Archaeological Superintendency.

Earlier this year the wall was reinforced, but the reinforcement work was "swept away by the violence" of the storms, the Pompeii archaeology office said in a statement.

Coincidentally, Carabinieri police were in the ruins when the garden wall came down. The officers were inspecting the gladiators house as part of efforts to pinpoint the cause of that collapse and decide if that structure can be reconstructed.

A no-confidence motion against Bondi, proposed by opposition parties after the gladiator house collapsed, had been scheduled to be voted on in Parliament on Monday, but work on legislation caused the vote to be put off until a date to be determined. 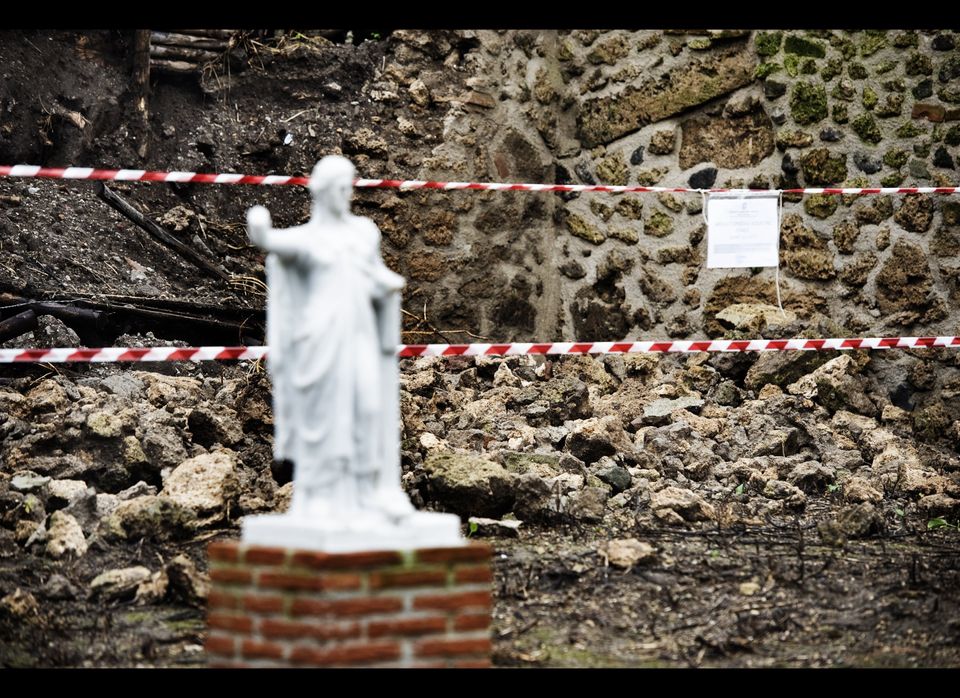