A "supervolcano" might sound like something out of a sci-fi fantasy film, but one supervolcano lies hidden near Pompeii, Italy, where thousands were killed in 79 A.D., and it could potentially kill millions.

"These areas can give rise to the only eruptions that can have global catastrophic effects comparable to major meteorite impacts," Giuseppe De Natale, head of a drilling project to monitor the molten "caldera" in the area west of Naples known as Campi Flegrei, told Reuters. (A caldera is cauldron formed by land that has collapsed after a volcanic eruption, according to Yahoo! News.)

The looming danger calls to mind the 79 A.D. Mount Vesuvius eruption that buried the ancient Roman city of Pompeii under a thick, suffocating layer of volcanic ash.

A supervolcano has a volcanic center that has had an eruption of magnitude 8, which means the measured deposit for the eruption is greater than 240 cubic miles, according to the U.S. Geological Survey.

And the supervolcano near Pompeii is not the only one.

The Yellowstone Caldera, located under Yellowstone Lake, is the largest supervolcano in North America. California and New Mexico also have them. Other supervolcanoes around the world are located in Indonesia, Japan, and Siberia, according to the Discovery Channel. There are even significant calderas that have not been well studied in Ethiopia and Bolivia.

The real danger of a supervolcano is the ash, which -- in large enough quantity -- can collect in the atmosphere and block out the sun, causing severe global climate changes, as ABC News' Lee Dye describes:

Such an event could make thermonuclear war or global warming seem trivial, spewing untold tons of ash into the atmosphere to block sunlight. The result would be many years of frigid temperatures, wiping out millions of species. A super-volcano that erupted 250 million years ago is now believed to have created the greatest mass extinction the world has ever seen, wiping out up to 95 percent of all plant and animal species. Some renegade scientists believe it was a volcano, not an asteroid, that killed off the dinosaurs 65 million years ago.

Dye goes on to detail a new study from Vanderbilt University researchers which states that a supervolcano eruption could happen just a few hundred years after the volcano forms. Thus, working on a very "short fuse."

Back in 2005, Stephen Sparks of the University of Bristol told LiveScience of the potential doomsday effects of a supervolcano.

"In super eruptions the magma chamber is huge," Sparks said. "When the magma erupts the overlying rocks collapse into the chamber, which has reduced its pressure due to the eruption. The collapse forms the huge crater." The eruption shoots ash and chemicals into the air. "The whole of a continent might be covered by ash, which might take many years -- possibly decades -- to erode away and for vegetation to recover," he added.

Scientists in the U.S. say that the chance of another catastrophic volcanic eruption at Yellowstone is slim, with a precise yearly probability of 1 in 730,000 or 0.00014 percent, according to the USGS. Buildup preceding such a disaster could be detectable with new technology weeks or months before the action eruption.

In Italy, scientists are monitoring the conditions at Campi Flegrei and some even say that the eruptions seem to be weakening over time, according to research included in the Smithsonian.

CORRECTION: In an earlier version of this story, Vanderbilt University was misspelled.

PHOTO GALLERY
Amazing Photos of Volcanoes Around the World

Pompeii Supervolcano Could Mean Doomsday For Millions, And It's Not The Only One
Amazing Photos of Volcanoes Around the World 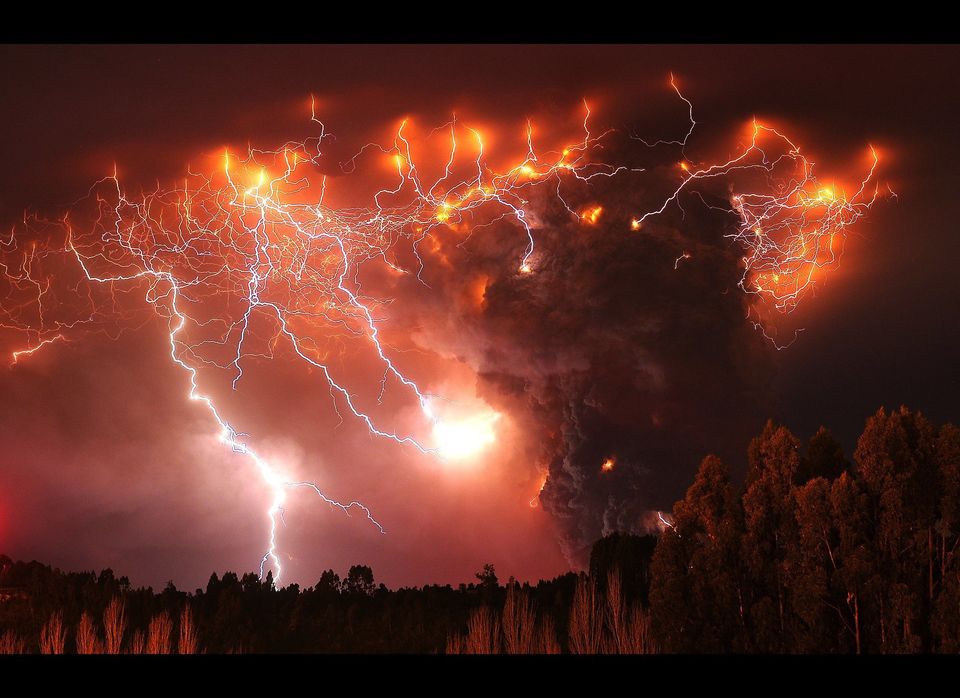