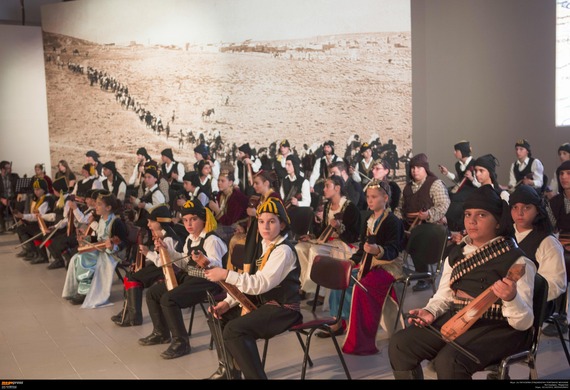 "I sigh for and sing..." Orthodox Ecumenical Patriarch Bartholomew chose this line of verse by a Pontian writer as the opening for his keynote at the Second Global Pontian Youth Forum, which he delivered flanked by young men and women in traditional dress.

Euxeinos Pontos is one of the two names by which the Black Sea is known. But for most Greeks, the Pontus geographically embraces the Black Sea's entire southern shore, sections of which today belong to Turkey. It's an area settled by the Greeks millennia ago and which acquired its prime geopolitical position through Greek civilization when it flourished. The region's geographic boundaries changed frequently through the centuries according to the sphere of influence under which it found itself.

The Greek element was strong and often dominant, but coexisted harmoniously with the Turkish and Armenian populations. The Pontians' devotion to the Orthodox faith and their language, which many scholars today believe most closely approximates Ancient Greek, imbued this demographic group with the elements of a nation. It is a nation whose seminal origin is Greek but with distinctive customs and traditions shaped by centuries of influences from both East and West.

From 1914 to 1923, the Pontian Greeks were persecuted and eventually ejected from their land by the Young Turks. The atrocities they suffered were not unlike those suffered by the Armenian and Assyrian populations and resulted in the deaths of 200,000 souls, by conservative estimates although this number is estimated by others to be as high as 400,000.

Survivors fled, establishing their diaspora mainly in Greece and the Upper Pontus (former USSR). Even today, the Pontic genocide has only been recognized by three countries--Greece, Sweden, and Australia--and the U.S. states of New York, New Jersey, South Carolina, Georgia, Pennsylvania, Rhode Island, and Ohio. Greece's parliament has designated May 19th as a day of Remembrance of the Pontic genocide. Recognition of the genocide was one of the main issues discussed at the Second Global Pontian Youth Forum, which adopted a resolution outlining coordinated action aimed at achieving this goal. Other issues discussed during the Forum including closer relations with the Ecumenical Patriarchate, actions for promoting the Pontian language and culture, the demand for Greek nationality for Pontian Greeks from the former Soviet Union, and solidarity for the Syrian refugees.

At a time when the broader region is wracked by upheaval, a nation without a state adds its mark by seeking the moral compensation that has been its due for over a century. 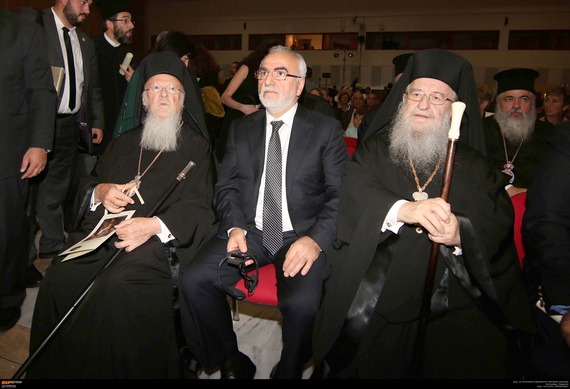 These remarks by Ivan Savvidis, a preeminent figure at the Forum and president of the Federation of Greek Communities of Russia, speak to the core of the thinking of the fourth and fifth generations of Pontians since their uprooting. His words are a compass for their relations with Mother Hellas as well as for the Pontian nation's future: "Dare, risk, make mistakes and seek new solutions, but don't be apathetic or indifferent to your people, your history, or your culture. Carry the Pontian flame in your soul throughout your lives and transmit it to your children. And remember: our people paid for Greece's freedom with blood, loss of life, and many years of persecution. Thus today, at this critical juncture for the country, we are obliged to extend a helping hand to our historical homeland."