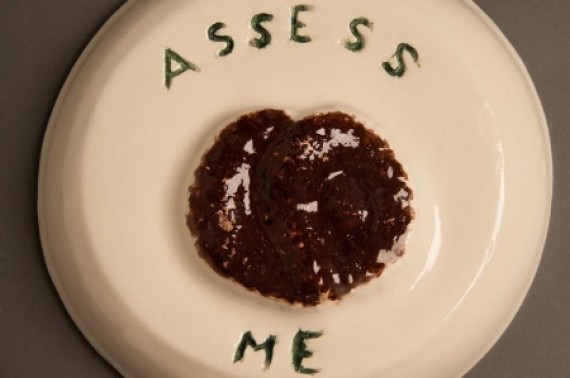 The University of Arts London has been forced to defend itself following allegations from a student that she failed her undergraduate ceramics degree because the unsavory nature of the art she produced—a series of ceramic feces—would have hindered the university from attracting prospective students.

Times Higher Education reports that the Central Saint Martins student known as Ann Plumb claims she failed because her final piece consisting of “a series of potties…each holding a ceramic ‘deposit,’”did not represent “clean, saleable art” that would encourage parents to send their children to the university. Ms Plumb says the work created by graduating students must be “palatable to the influx of potential new students and their parents,” especially foreign students who pay higher fees “to ensure cash flow.”

Despite the fact that the university does not comment on the assessment of individual students, a UAL spokeswoman told Times Higher Education that “experimentation, taking risks and creative innovation” were at the heart of the institution. “The evidence of our end of year shows is that the vast majority of our students are asking difficult questions rather than providing ‘clean, saleable’ solutions,” she said.