I just returned from a trip to India, where I was teaching at the Delhi Indian Institute of Technology, interacting with an eager group of future environmental scientists and engineers. As we discussed water pollution, a July 13 New York Times article reported on an emerging hypothesis that poor sanitation in India may be more responsible than lack of food for current rates of childhood malnutrition.

In spite of India's rapid economic development, childhood malnutrition remains a serious problem in that country, even as parents are better able to feed their children. What lies behind this cruel conundrum? The population is highly exposed to untreated water that is contaminated with fecal waste. Lacking toilets, sewers and sewage treatment, the sanitation situation is a public-health crisis.

The High Cost of Poor Sanitation

A 2014 United Nations report notes that 82 percent of people who practice open defecation live in middle-income, populous countries such as India and Nigeria. Poor sanitation may extract a heavy toll on childhood health in these areas. Jean Humphrey, professor of human nutrition at Johns Hopkins Bloomberg School of Public Health, is quoted in the Times article as saying:

These children's bodies divert energy and nutrients away from growth and brain development to prioritize infection-fighting survival. When this happens during the first two years of life, children become stunted. What's particularly disturbing is that the lost height and intelligence are permanent.

The Times claims that stunting affects 65 million Indian children under the age of 5, including a third of children from the country's richest families. Indian children are more malnourished than their poorer counterparts in sub-Saharan Africa. Economist Dean Spears points out:

The difference in average height between Indian and African children can be explained entirely by differing concentrations of open defecation. There are far more people defecating outside in India more closely to one another's children and homes than there are in Africa or anywhere else in the world. 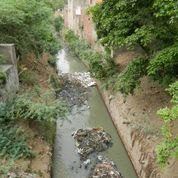 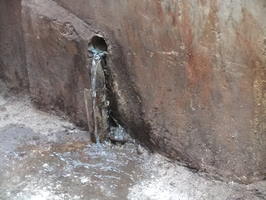 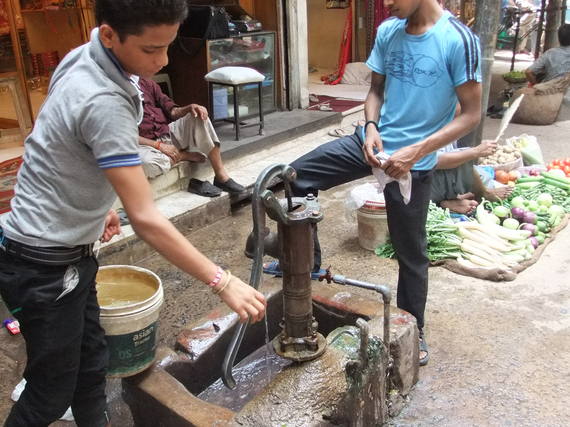 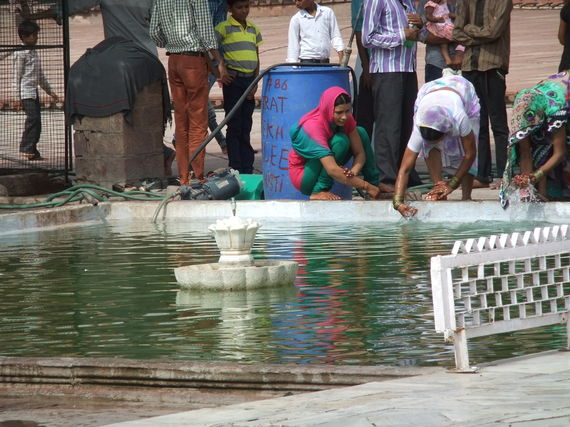 A New Cycle of Good Sanitation

The situation in India reveals startling information about the link between waste pollution and stunted growth, even in a food-secure world. To help ensure a brighter future for India's youth, the nation requires an investment in waste-treatment infrastructure, including toilets and waste-water treatment. Disinfection must play a role to lower disease risks. To achieve this, India will need professionally trained operators and engineers, chemists, microbiologists, doctors and nurses trained in public health, and managers to implement universal sanitation. This new crop of professionals must come from India's youth, the segment of the population currently most at risk. The developed world must commit to sharing information and technology as part of efforts to achieve both the UN Millennium Development Goals' target on sanitation and the new post-2015 UN Sustainable Development Goals. Doing so will help set in motion a new cycle of good sanitation and much-improved public health in India. 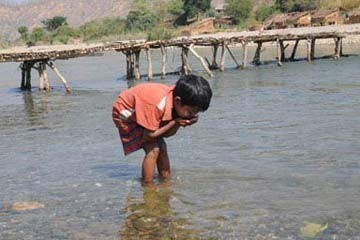 According to the United Nations, more children die in India than anywhere else in the world. In 2012 some 1.4 million Indian children died before reaching their fifth birthday. (Photo credit: UNICEF)

By 1860 about 125 U.S. cities had piped water and underground sewers. While clean water was known to be important, the role of contaminated water in disease transmission was not understood, and there were few options for treating water. Chlorination, for example, would not be widely implemented until it was shown to be effective in reducing typhoid-fever rates in Jersey City, New Jersey, beginning in 1908. Nevertheless, water and waste-water treatment technology implemented in the U.S. kept pace with scientific discovery, enabling public-health protection for millions of residents.

We must celebrate and continually support the building and upgrading of our toilets, sewers and treatment plants in the U.S. that protect our water and our health. India, with its 1.2 billion people, now faces a water and sanitation crisis that will take decades to address.

Joan Rose, Ph.D., is the Homer Nowlin Chair in Water Research at Michigan State University and a member of the Water Quality and Health Council (WQHC). This post came about as a result of a discussion with the WQHC.