Intuitively, a child's academic performance is likely higher if he or she has highly educated parents, and lower if the child has less educated parents. A new report confirms that's true, but reveals that American children of poorly educated parents do a lot worse than their counterparts in other countries.

Income mobility just within the U.S. has significantly declined since the mid-90s, according to a report this month by the Boston Federal Reserve. In recent years, families were more likely to stay within their income class than before -- the rich are staying rich, and the poor and middle-class are struggling to move up the economic ladder.

But the Pew Economic Mobility Project takes it a step further by asking the question, "Does America promote mobility as well as other nations?" Researchers in 10 countries took to analyzing socioeconomic advantage as a function of parental education.

Researchers found that a child's economic and educational status is more affected by parental education than in any other country studied. 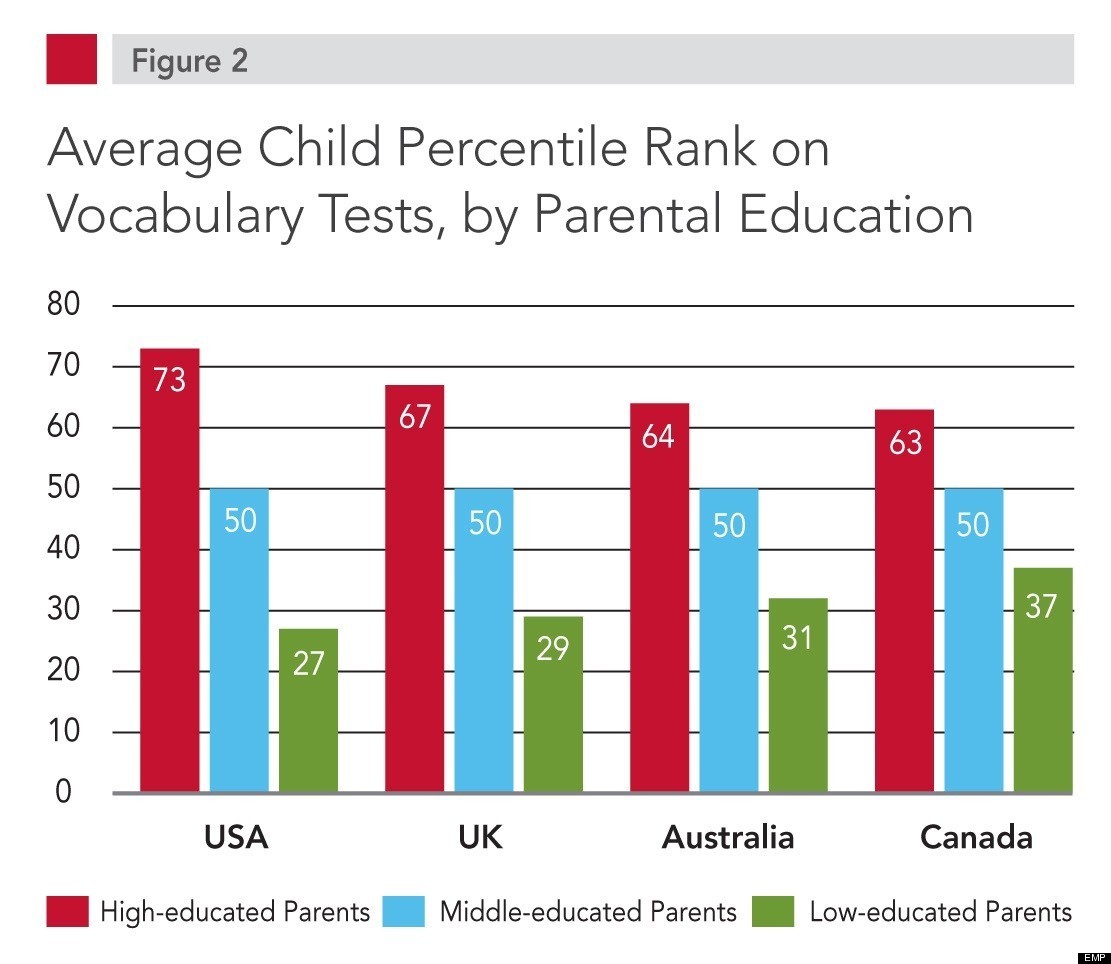 That disparity carries on to later years as well. The difference between the academic achievement advantage for adolescents with highly educated parents and the academic achievement disadvantage for adolescents with poorly educated parents is a staggering 85 percentage points. This is second only to Germany's advantage-disadvantage gap of 86.9 percentage points. 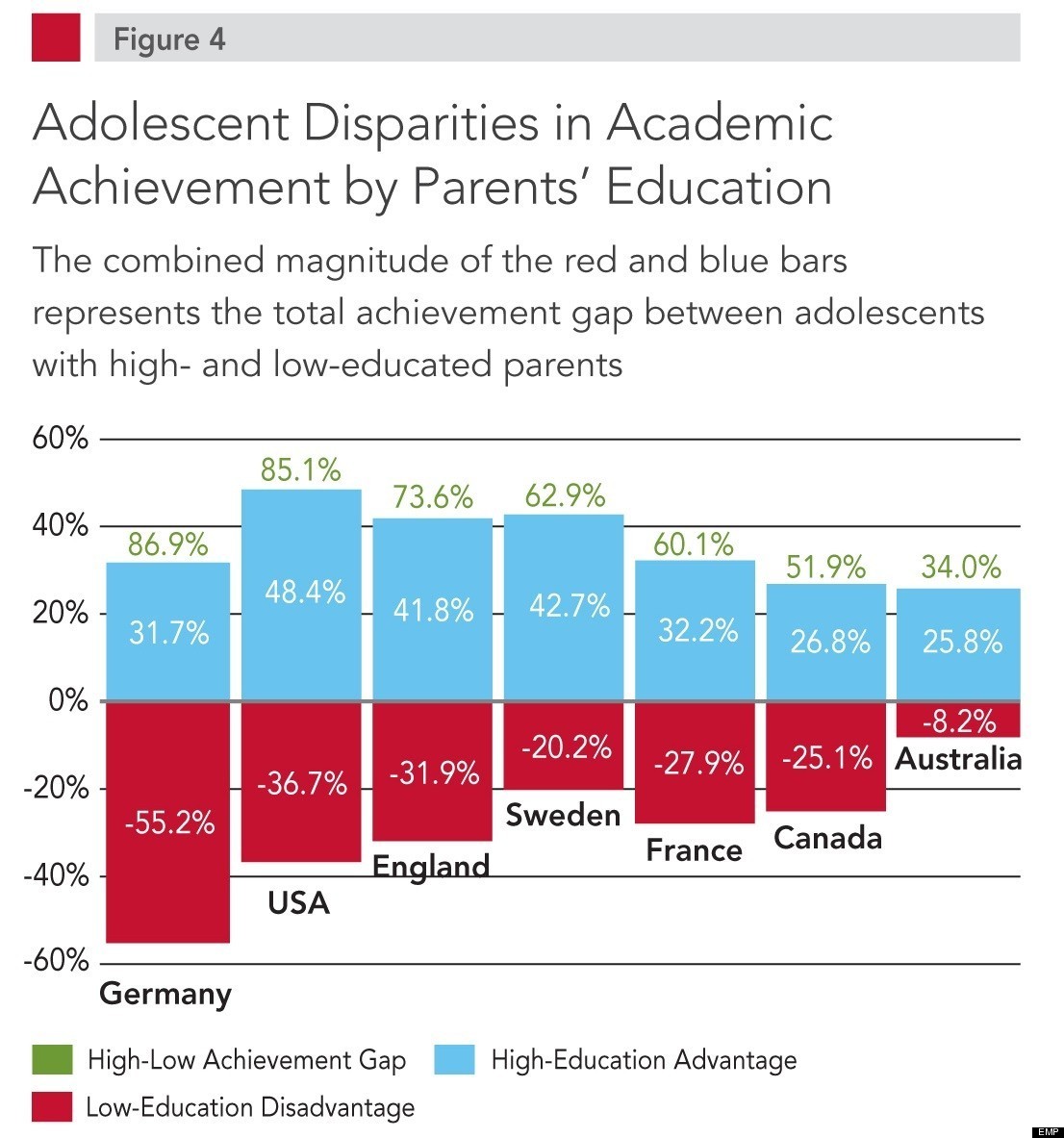 A report out last month by the National Center for Education Statistics provide more context for EMP's findings. In 2009, the most recent year for which data is available, the dropout rate for low-income students was five times greater than their high-income counterparts -- 7.4 percent compared with 1.4 percent.

FIGURE 2 NOTE: Scores were standardized so that comparisons could be made across countries where children with middle-educated parents were considered to be average. The scores were then converted from standard deviation differences to percentiles using a z table. The gap in children's percentile scores between those with high- and low-educated parents is statistically significantly larger in the United States than in each of the other countries, and it is statistically significantly smaller in Canada than in the UK.
SOURCE: The Economic Mobility Project analysis of data from Chapter 4 (Bruce Bradbury, Miles Corak, Jane Waldfogel, and Elizabeth Washbrook). "Inequality during the Early Years: Child Outcomes and Readiness to Learn in Australia, Canada, United Kingdom and United States" in From Parents to Children: The Intergenerational Transmission of Advantage, forthcoming from Russell Sage Foundation Publications.

FIGURE 4 NOTE: Achievement is defined as the difference between the percentage of children in the top quartile of school or test score results and the percentage in the bottom quartile. The gap in achievement is the difference between children of parents with high or low education relative to those with mid-educated parents.
SOURCE: Figure created with data from multiple chapters, as summarized in Chapter 19 (John Ermisch, Markus Jantti, Timothy Smeeding, and James A. Wilson): "The Comparative Life-Course Framework: What Did We Learn About The Intergenerational Transmission of Advantage?" In Inequality from Childhood to Adulthood: A Cross-National Perspective on the Transmission of Advantage, forthcoming from Russell Sage Foundation Publications.