Condom packaging isn’t discussed enough in design circles, in our opinion. Consider these wrappers by the Kenyan artist Michael Soi: 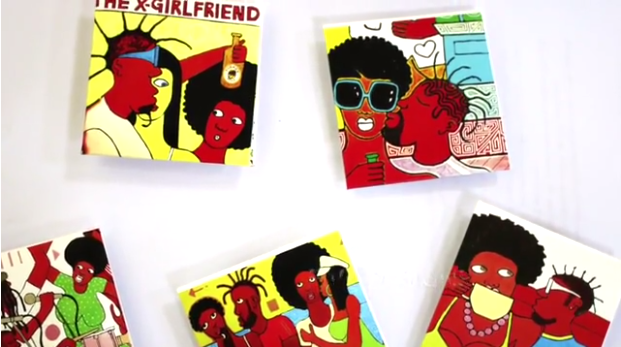 What makes them interesting? Not only are the packages visually striking; they’re discreet. You might think they're postcards, instead of prophylactics.

Which is precisely the point. Commissioned by the Center for African Family Studies, Soi’s “pop-art condoms” are meant to attract young buyers who might otherwise face social stigma. The project is in its infancy, with an ask for funding on Indiegogo.

Discretion of design is critical in parts of the world where HIV rates are highest. As a 2009 study of Nairobi youth showed, a prime reason people don't use condoms is because of the stigma associated with simply buying them.

"Most people are actually very afraid of going to vendors in supermarkets and chemists," a CAFS communications officer told CNN.

According to CNN, the CAFS team struggled to find an artist for the project, for the same reason teens don’t want to buy condoms -- artists didn’t want to be “associated with sex.”

In a video about the project, a CAFS representative says the funds will also go to producing high quality condoms. For more on the project, check out the video below.