Summer has started off with a bang for fans of pop art and commercially unsuccessful comedies, as Venice's Gallery 1988 opened its Camp Firewood exhibit to a large audience. The show, which is on display through June 29, is honoring the tenth anniversary of the film Wet Hot American Summer. Camp Firewood is proof of two things -- one, that Star Wars isn't the only film that can inspire dedicated fan art, and two, that Los Angeles is the place to exhibit it.

Wet Hot American Summer--a ridiculous parody of summer camp movies like Meatballs and Little Darlings--flopped in 2001, grossing under $300,000 in the US, according to IMDB. Janeane Garofalo, David Hyde Pierce, and Molly Shannon topped the billing ten years ago, but the movie also features current big-name stars like Amy Poehler, Bradley Cooper, Paul Rudd, and Elizabeth Banks. The film gets its humor from its outrageous gags and an unwavering dedication to recreating the minutiae of summer camp, with all the glory of oversexed, misspent, 1980s middle class youth.

Jensen Karp, the co-owner of the gallery, told the Huffington Post about the genesis of the Camp Firewood exhibit. It all started seven years ago, when Karp and Katie Cromwell opened their Melrose location. Karp made an incredibly "far-reaching promise" that if the 1988 franchise lasted until 2011, they would do an exhibit honoring the decade anniversary of Wet Hot American Summer. Karp's favorite movie, he said, has been a "weird inspiration for art and creativity." It evidently wasn't too hard for him and Cromwell to find artists who agree.

About half of the artists featured at the exhibit are based in LA, Karp told us. Yet even those who don't work in Southern California are linked to our city, since LA is the "only place to sell pop culture art." Karp continued, "even if you live and work in New Hampshire, you can only really sell [pop culture art] here." And within the LA pop art community, Gallery 1988 holds a special place. Their Melrose location is currently hosting a show with art inspired by the Alice in Wonderland video game, American McGee's Alice, and puts on a Crazy for Cult show every July.

Fans of Wet Hot American Summer will be pleased to know that the movie's director and co-writer, David Wain, was in attendance. He told us that he was "speechless" in the presence of all the work devoted to his film. He expressed his gratitude for the exhibit, saying, "people come up to me sometimes and tell me they love Wet Hot American Summer, which is great, but to see it in colors like this and talent and time" is just amazing. 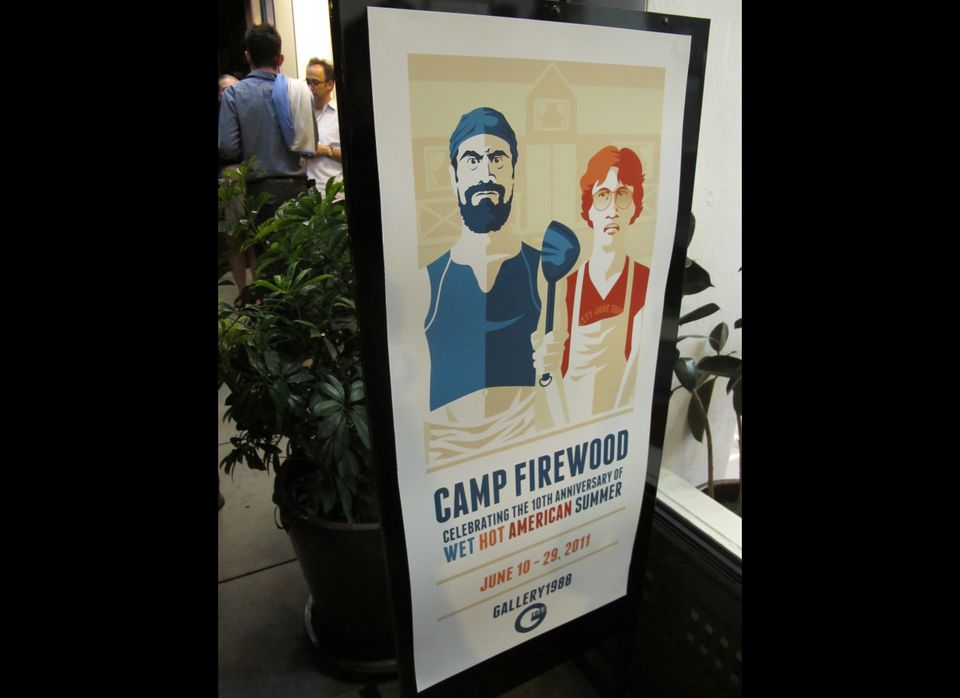