The art season this fall is practically bursting at the seams with first-rate museum and gallery exhibitions all over town. I'm doing my best to see as many of them as possible, but with the format of my program -- one report per week -- I have to choose wisely which exhibition to review. 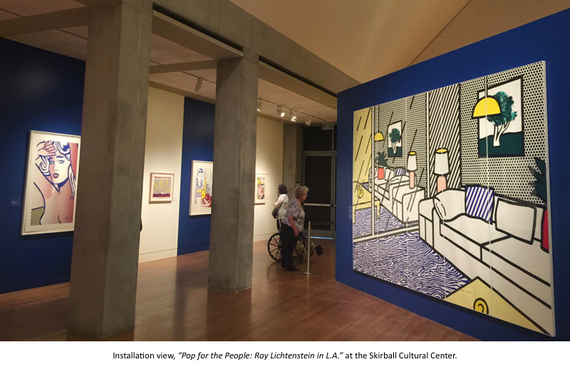 Knowing that weekends are a relatively easy time to drive along the 405, I chose on Sunday to go to the Skirball Cultural Center. A new exhibition had opened there just a day before, and its headline, POP for the PEOPLE, just jumps off the page and grabs your attention. The exhibition is devoted to one of the most prolific American artists, Roy Lichtenstein (1923-1997), with a focus on his artworks made in Los Angeles.

For several decades, Lichtenstein collaborated with Gemini G.E.L., one of the best-known artists' printing houses in the country. Stanley Grinstein and Sidney Felsen, cofounders of Gemini G.E.L., collaborated with practically all major American artists. But Lichtenstein obviously was their favorite. And this exhibition gives you a clear understanding of why this was the case. 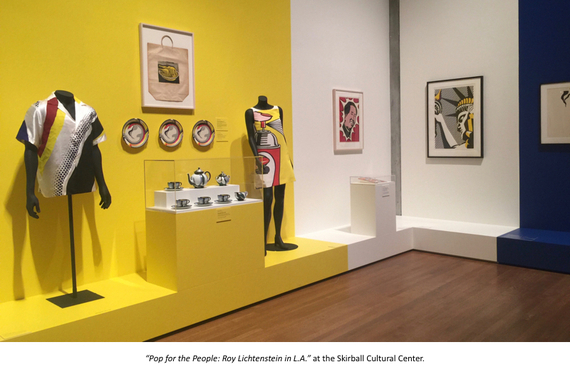 At the time when the nonfigurative style of Abstract Expressionism dominated the American art scene, Roy Lichtenstein found inspiration in comics and children's books, in advertisements and everyday objects. Using his trademark dots, lines, and a few bright primary colors, the artist created hundreds of prints with subjects varying from the seemingly mundane to what I would describe as startling in their edginess. 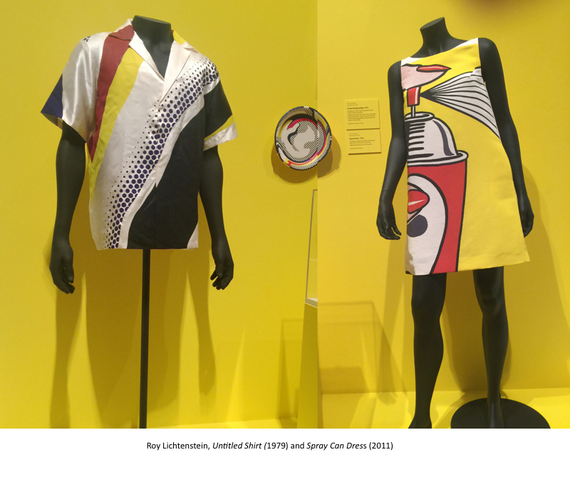 From the gigantic print depicting a 1960s living room to the men's shirt and ladies' dress with designs that each of us would kill to have in our wardrobes, this exhibition demonstrates the artist's desire to connect with as wide of an audience as possible. Until I saw this exhibition, I thought that I was quite familiar with Lichtenstein's art, but there were a few surprises. Shocking surprises. 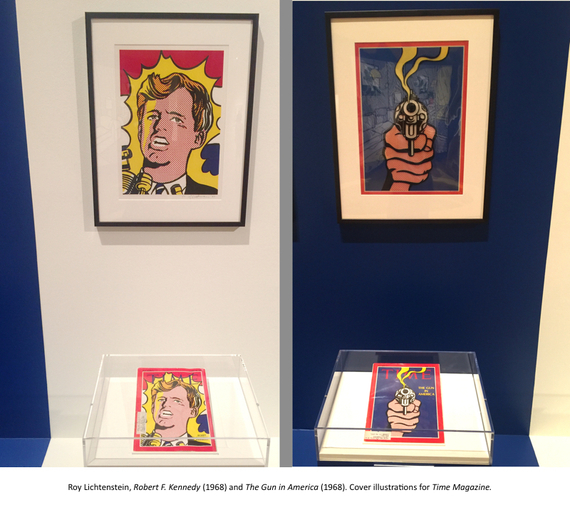 There are two issues of Time Magazine on display, both from 1968, for which Roy Lichtenstein was commissioned to do the front cover. The first cover -- from the May 24th issue -- has a portrait of Robert F. Kennedy, showing him in the midst of his Presidential campaign. Three weeks later, on June 14, 1968, Robert F. Kennedy was assassinated in Los Angeles. Next to the Kennedy cover, there is another issue of Time Magazine with the headline "the Gun in America" and a heartbreaking image of a man's hand holding a gun aimed directly at you. Even fifty years later, these prints startle with the shocking power and relevance of their message. 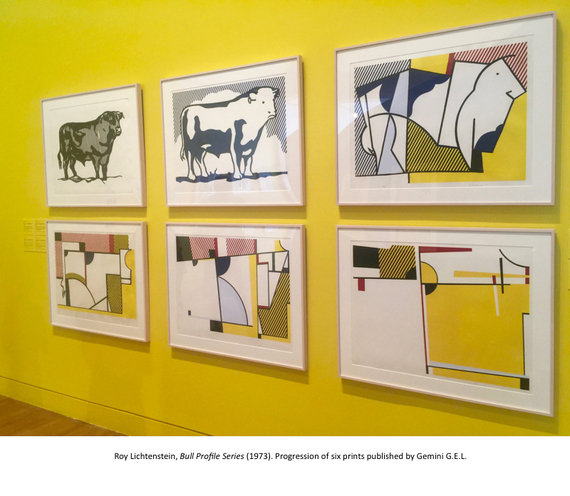 Okay my friends, now it's time to lighten up and have a little bit of fun. Sophisticated fun. Let's look at the six prints by Lichtenstein (Bull Profile Series, 1973) inspired by Picasso's famous series of the Bull prints from 1945. Picasso starts with an almost realistic depiction of the bull and then progresses to an increasingly abstract and minimalistic image of the animal. And the same goes for Lichtenstein's bulls. Look at the progression of his images, and try to decide which of them you would choose for your collection. As for myself, I'm still fantasizing about which one I would put over my couch. 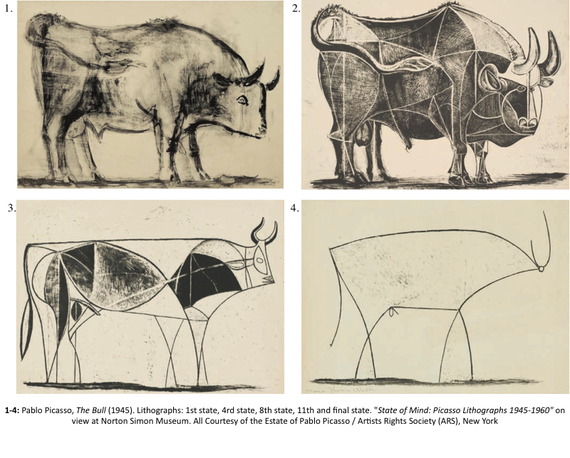 The Skirball exhibitions are known for "speaking" to the audience not in highfaluting academic terms, but in a friendly, conversational way and this exhibition is a good example of it. Towards the end of the exhibition, you're invited to literally step into a life-sized recreation of Lichtenstein's painting Bedroom in Arles (1992), inspired by Van Gogh's painting of the same title (1888). There is plenty of tension hovering in this interior due to the drama of the relationship between Van Gogh and Gaugin, who stayed together in Arles for a few weeks. But here at the Skirball, you have the choice of asking your kids to sit on the bed, smile, and -- drama be damned -- snap a happy picture. 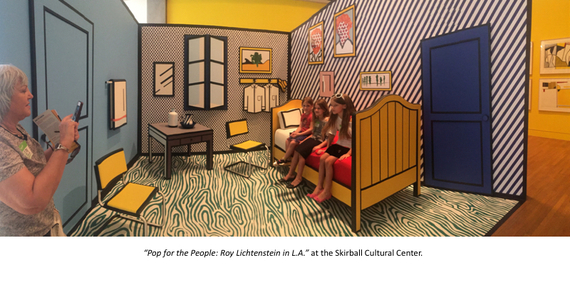